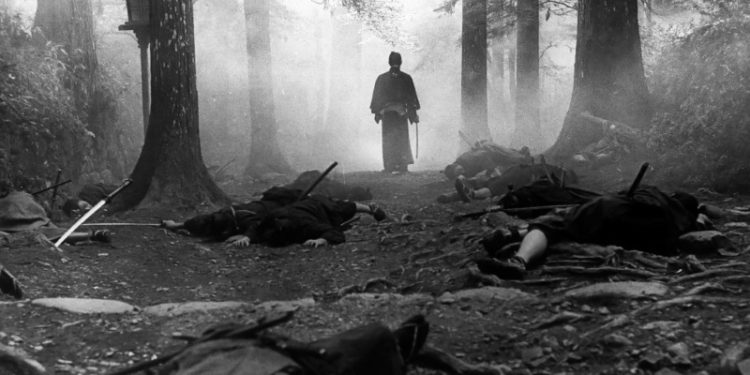 By reader request, I’m returning to AD&D 1e to cover the three fighter-like classes in Oriental Adventures. The bushi, kensai, and samurai are similar enough that 5e would probably present the bushi and samurai as the same subclass with two different backgrounds, while as we know the kensai is now firmly lodged as a subclass of monk. In 1e, which has neither subclasses nor kits, all of these differences go into the same “character class” container. OA does also introduce more ways to talk about personal background and social class, though.

The easiest way to sum up the bushi is “fighter + poverty,” sometimes including people who are thematically if not functionally samurai. Even this results in a class with a lot more going on than the core fighter.

This is a class with a story, and that story is rising through the ranks from the lowliest foot soldier in the daimyo’s army to enter the ranks of the samurai. It’s perfect for a generational game, if you have the patience to gain 1,000,001 experience points and start over with that character’s heir. I don’t know that the game would be improved if every class had such a strong narrative thread – it strongly discourages other kinds of stories or character arcs – but this is compelling stuff.

I’m betting you don’t need me to explain kensai. Just in case, though – they’re sword-saints, with total dedication to mastering a weapon (that doesn’t have to be a sword). Everything is about ki and that one weapon.

I’m not sure how much harder Gygax could have worked to paint this as an exotic, more-special-than-everyone-else class. It’s overt fetishizing of Asian martial arts – a major trend line throughout OD&D, 1e, 2e, and 3.x, to be sure, but this is egregious, especially in comparison to the utterly vanilla Player’s Handbook fighter. (In that context, as I’ve suggested, even the bushi is exciting and exotic, for not much reason.)

Unsurprisingly, the samurai are also fighters-but-way-better. Honorable warrior, katana and daikyu, right. Actually, the fact that they don’t dual-wield katana and wakizashi is a surprise, because later editions are not going to shy away from that style, which I understand to have been incredibly rare.

So yeah, the samurai are fighters with money just as the bushi are the other kind. They’re objectively better than Player’s Handbook fighters, though they lack the freedom of classic murderhoboes. They don’t have the survivability boost of the bushi, but their damage output can be strong even early on, between weapon specialization and temporary 18/00 Strength. Both the honor rules and the three different features about land and followers connect samurai to society far more than bushi or kensai, just as you’d expect.

A fair number of these features do map forward in one way or another – not so much with the bushi, but the kensai and samurai are starting points for later versions. None of this enters into the fighter’s class DNA in any significant way – oh, sure, there exists a whirlwind attack in plenty of later editions, but it doesn’t look like it’s a lift from this, so much as an independent invention. I like that OA doesn’t embrace the Everyman fighter, but splits it into three distinct classes that each have their own look and approach. I mean, the rest of D&D gets hyper-specific on spellcasters, but treats “fighter” as a catch-all unless you’re tacking on rage, magic, or unarmed combat. I like seeing breaks from that trend, especially when they don’t pigeonhole characters into a single narrative arc.