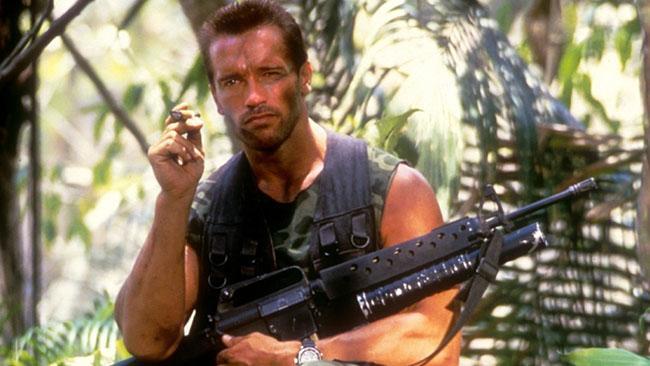 To embrace Tribality’s third birthday we shall take the theme of 3, by looking at 3 films, and discuss different takes on them to build an RPG plot.

1st of the series, IMDB – ‘John McClane, officer of the NYPD, tries to save his wife Holly Gennaro and several others that were taken hostage by German terrorist Hans Gruber during a Christmas party at the Nakatomi Plaza in Los Angeles.’

– Fantasy Genre : Heroes are city guard (or do a job for them) to guard a diplomat meeting. The meeting takes place in a small mountain town. They find out shapeshifters have infiltrated the meetings & taken hostages, they’re watching approaches to town. Before long the heroes realise some of their family members are there. Some of the Shapeshifters just want cash, some want to awaken what is beneath the town…

Fantasy Plot twist – The shapeshifters have already converted a few ‘diplomats’ ahead of time. One of the heroes family members was in on it for a huge pay off.

– Modern Supernatural : Change of Vampire Elders has come, other supernaturals are paying respects and enjoying a free party. The party is a trap-one of the Vampire covens has allied with a vicious group who cares nothing for the veil/masquerade. PC’s are trailing the vicious group and get word of their activity in the area. PC’s have to break in and stop the bad guys, aid their pack members/sires/spawn. Some of the PC’s may start in the party. The bad guys have some ritual going on that weakens the other party goers that needs to be disabled.

Modern Plot twist – The bad guys are the PC’s from the future, or their ancestors coming to get them back on the true path.

2nd of the series, IMDB – ’57 years later, Ellen Ripley is rescued by a deep salvage team during her hypersleep. The moon from the original movie has been colonized, but contact is lost. This time, colonial marines have impressive firepower, but will that be enough?’

Fantasy Genre : Heroes take a long trip into the underdark to find a mining expedition. Once arriving earthquakes cause several cave ins that prevent them from leaving without serious work. Insectile beasts have infected the expedition and their numbers are growing. Several expedition members managed to hide but are tired and scared. Any activity by the heroes attracts monsters and they need to get some of the gear in the caverns in order to escape the area. Side passages and pits between various cavern areas exist that need to be explored or blocked. The Insectiles are vicious in close so ranged weapons and area of effect attacks are crucial. Those hurt by the Insectiles get infected and gestate a new threat.

Fantasy Plot twist – Native Earth elemental creatures want something from the surface, they offer to help against the Insectiles in return for it’s retrieval.

Modern Supernatural : Wizards send the PC’s into the jungle to find ancient item that is rumoured to cure vampirism or bring constructs to life. When the PC’s get there they find equipment from a previous team. Lycans are hunting them and are more active at night around the ancient ruins. Some of the last team did survive but have gone mad from fear and isolation. The Lycans are vicious in close so ranged weapons are crucial. Those bitten by Lycans start realising the Lycans are defending their home as they start The Change.

Modern Plot twist – The artifact is cursed, it is what turned the local natives into Lycans in the first place. The longer you stay near it you turn into Lycans anyway.

1st of the series, IMDB – ‘A team of commandos on a mission in a Central American jungle find themselves hunted by an extraterrestrial warrior.’

Fantasy Genre : Heroes are teleported to remote woods to rescue a noble. Heroes find the remains of a team from a rival faction. Heroes are slowly hunted by a planar creature with invisibility, voice mimicry and powerful ranged weapons. The hunter creature is strong but does not have perfect senses. Heroes will need to find the noble and escort them out while the creature does hit and run attacks against them trying to lure them out individually.

Fantasy Plot twist – The rival team was raised as undead by the noble, and they are now hunting the creature and the heroes.

Superhero Genre : Champions are taken to remote planet to locate missing scientist. Planet is rocky with lots of cover and lava rivers. Scientist thinks the distress beacon attracted more than one listener. A powerful foe starts hunting them in a cat and mouse game to test their abilities. Foe has shapeshifting, teleporting & ranged attack abilities.

Superhero Plot twist – The foe was created by the planet as a reaction to them, if they get knocked out then the foe loses some of its power.