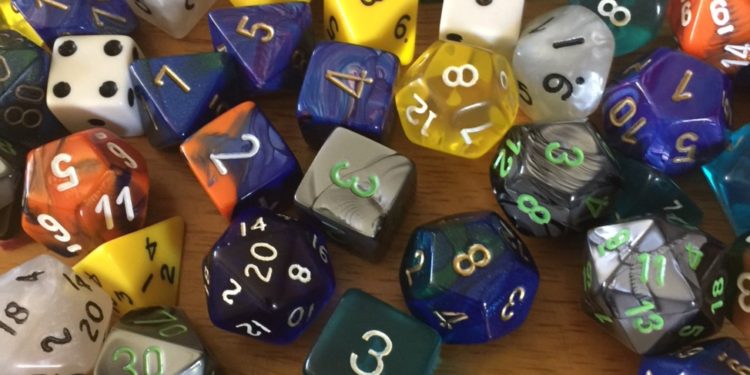 One way to make games spontaneous and thriving is to draw upon ideas of the whole group.

Examples are provided below to inspire a more cooperative style in your games. Sourcing the table does not have to be done constantly, but even one encounter or feature per session will make your games more dynamic and longer lasting.

If a player gets stuck on one of the questions below, perhaps someone else can answer that one and you ask the first player a different question.

Remember the answers to the question do not have to be explored in game straight away; they may be delved into by any of the players later.

This more collaborate style can be useful in all systems, genres and settings.

– If people use the same ideas as last time then ask them to try again, you can refer to differences between similar TV series of the same genre.

– For example, PC1 could say magic leaving the world, then PC 3 says campaign theme of planar travel. So maybe some creature or faction are draining magic from the world and you have to travel to several planes to stop them.

Player question – There is a tavern/nightclub

– Now this does not need to be done for every tavern, but every 2nd or 3rd tavern should ensure a variety of locations in the world their characters inhabit.

Character question – There is an NPC

– Remember this is not about getting free items or avoiding difficult interactions, this is about encouraging interaction.

– For example, PC 2 could say they fought after a gambling game, and PC 4 says a crime guild who runs the gambling den wants cash or a quest performed by both of them, in return for causing a ruckus in their establishment.

– This is a great way to tie in mentors, background and skill choices. E.g-why do you have stealth and who did you learn it from?

– Everyone is affected when a campaign stalls or dies, getting everyone to help put it back on track is better than just expecting the GM to fix it.

– For example, PC 2 might say sorry my character stabbed the king, hmm maybe he was forced too because his character was mind controlled by the king’s enemy?. Then PC 4 might say yes this enemy is attached to the group we fought 3 sessions ago.

The GM has to roll with the answers (tempering them with the style & tone already established) and incorporate them into the game.

Example – If the player creates a guild then you need to incorporate social, exploration or combat events involving that guild into the game.

Example – If the players decide they are friends of each other’s family, then throw in a wedding between their siblings, change of family wealth status event or maybe a family member gets Taken.