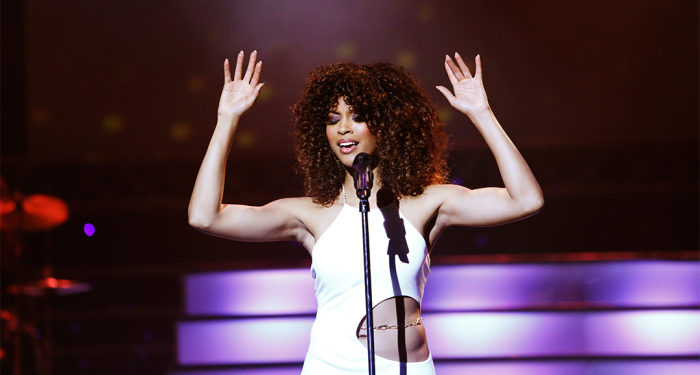 Lyrics can inspire you in creating an adventure, and in some cases the lyrics can be used directly in the adventure. Below are three examples to show you how you can draw upon lyrics from songs.

Unbreak My Heart – By Toni Braxton

I need your arms to hold me now
The nights are so unkind
Bring back those nights when I held you beside me
Un-break my heart
Say you’ll love me again.’

Fantasy version – A ghost or banshee seeks to be reunited with their former lover, which will allow them to pass on. The creature is a grandparent or ancestor of one of the player characters. They recite some of the words in their dreams and upon meeting them. The PC will need to locate the remains of the creatures partner and bring them or a token buried with them to the creature.

Modern Supernatural – Two lovers were torn apart by a lightning strike 4 years ago. Echoes of their spirit occur during thunderstorms. The weather patterns and leap year has come around again and a Lycanthrope needs help finding the best place to enter the storm and reunite with their lover. The problem is once done this blows up the gates to the astral-shadow plane and all sorts of spirits and nasties come through.

Future Sci-Fi version – Someone the heroes used to be close to is on life support. They are able to interact with the world via the matrix/the net, but realise their body is being kept alive by machines. Maybe they want cyberware limbs or maybe they want to end it all. But they are reaching out to the PC for help.

Wind Of Change – The Scorpians

‘The world is closing in
Did you ever think
That we could be so close, like brothers

Take me to the magic of the moment
On a glory night
Where the children of tomorrow dream away (dream away)
In the wind of change.’

Fantasy version – Three of the five nations have fallen to the evil horde. Forces from the remaining two lands have sent strike teams to raid the enemy but frequently get outnumbered. Soon the battle leads to one of their hometowns, and they must delay the enemies to allow the children to escape, possibly to get to ships to new lands.

Modern Supernatural – A Vampire coven has taken over a psychic cult and have starting influencing most places of government and business in the heroes city. They try to gather allies to make a last stand to defeat the Vampire masters, or distract them while a vaccine to repel psychic impressions is developed.

Future Sci-Fi version – Skynet went live and the cyborgs are coming. The resistance have one month to finish their EMP weapons and stop the constant withdraw. Some time is spent each day teaching the young how to survive, hide and fight in this grim world.

‘Oh, when I look back now
That summer seemed to last forever
And if I had the choice
Yeah, I’d always wanna be there
Those were the best days of my life.’

Fantasy version – A wizard is trying to undo a mistake from the past and hires the heroes to collect four tokens of summer, which will allow him to go back in time to correct the past events. The Wizard can be a mentor or guild member of one of the player characters. Winter Fey may see this Wizard as trying to upset the balance and sends Hags or Water spirits to disrupt the spell.

Modern Supernatural – Cult is seeking to resurrect a comrade who felt in their youth. They are performing a ritual during an eclipse that will restore their youth and their comrade back to life. What the PCs find out though is the ritual requires blood from people of different ages and may drain years from their lives.

Future Sci-Fi version – It is 2100. One of the heroes grandchildren comes from the future (2200), but can only stay for one day. They tell of the season the ozone layer was lost and caused the longest summer. At first people enjoyed the weather, but has crops failed and the eco system broke down, their were food riots and martial law. They detailed key sites for environmentally friendly tech and renewable resources, but the heroes have to get people to listen and implement the ideas.