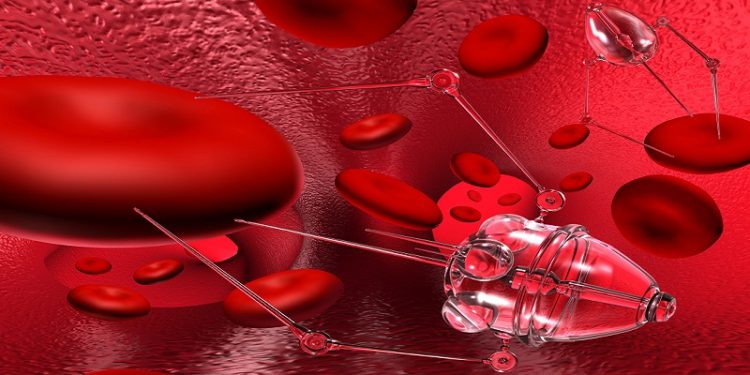 Nanites seem to be the stuff of science fiction, but as technology gets smaller and smaller, this idea of science fiction will quickly become science fact. But not everyone has the same idea as to what these tiny machines can do. So why not look at some possibilities?

In the classic sci-fi movie “Fantastic Voyage,” a crew was shrunk down to microscopic size to perform surgery on a living host. But instead of needing pilots to steer these miniature robots can take the task of healing a person’s body themselves. Maybe there will be specialized nanites to take care of specific health problems. One type to counteract the ravages of aging. Another type to help the body heal faster. A third type to negate genetic mistakes. The possibilities are endless.

Nanites as a skill booster 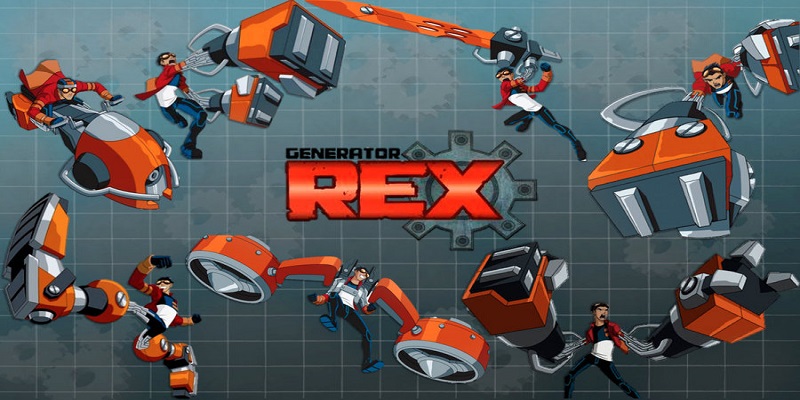 Nanites could be something akin to a RAM chip for your phone, allowing you to be better, stronger, faster, than the character would be without the nanites. Remove (or negate) the nanites, remove the bonus.

Nanites for offense and defense

Instead of creating things from scratch, nanites could take and from the materials around to develop weapons and armor to protect the user. This happens instantly in the Generation Rex cartoon. Similarly, in the Mindmistress web-comic, the eponymous character has a suit of armor, and a transforming vehicle based on the same principle. They also show up in Big Hero 6, with the movie’s villain Yokai/ Professor Callaghan using robots the same way (though at a much larger scale than microscopic). 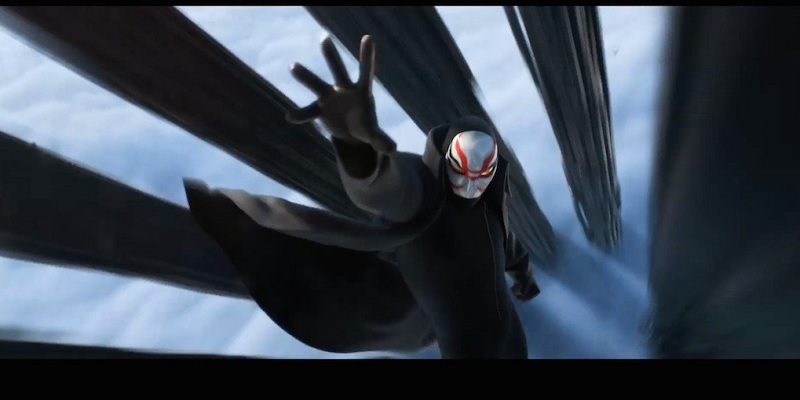 In Michio Kaku’s series “Sci Fi Science: Physics of the Impossible,” using current science, he develops a system in which he sends a nanite building robot to another world or dimension through a pinhole wormhole where it uses the materials there, with the assistance of nanites, to build a replica of a person or robot to explore the place. The reason behind this is because the science to behind teleportation machine would actually destroy (kill) a person’s body because of the massive heat needed for it to accomplish the task.

Nanites as the next wave of manufacturing

In the Mindmistress comic , one of the titular chracter’s nemesis has the ability to make a variety of useful things out of this stuff called utility fog. The limitation is that it needs to be of a certain dimension. But what if the technology were perfected, allowing it to manufacture anything the user wanted?

Nanites as an entire location

In Star Trek, the Next Generation nanites took of Lieutenant Commander Data’s body. But scale a nanite infection to an entire crash-landed spaceship and they become a part of the scenery itself. Every wall, every door, every enemy they face could potentially be infected / infested with nanites. In such an environment, sneaking around would be useless. Characters would find it impossible to flank monsters.  Any situation could become a trap as walls suddenly dissolve and reform, separating characters, or the floor underneath their feet could give way to drop them into the ship’s core.

Nanites as an infection or disease

Maybe the nanites in your game aren’t something that is generally helpful, but instead is harmful. The nanites could be attacking the body’s systems and the person needs to find an EMP pulse to disable them long enough to fix them or have them removed somehow. Conversely, they could be used to infect and damage largely mechanical life forms, such as the Terminator or the Borg.

Nanites as a natural disaster

Because of their ability to adapt to anything, “eat” / consume for building their body and integrate organic and inorganic material, a nanite colony that escaped and started devouring the countryside would be cataclysmic. Maybe they’re in a bottle with a warning and the PCs uncork it, unleashing it as they don’t see anything inside. As they walk away, the microscopic machines escape and start to duplicate. By the time they realize what’s happening, it’s too late. 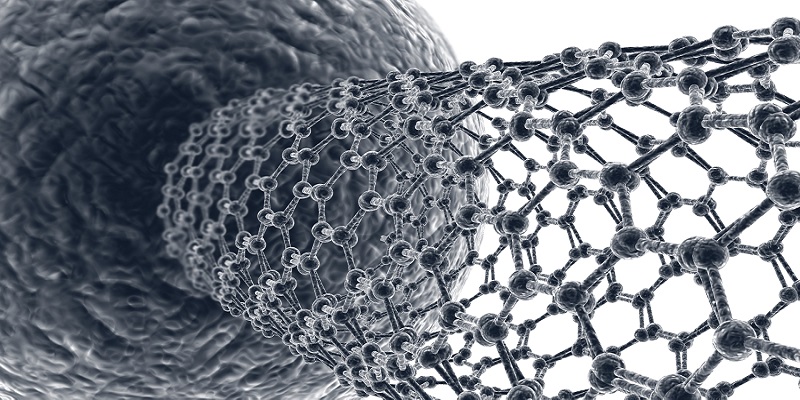 When characters are exposed to extraordinary conditions, such as the vacuum of space, underwater, in extremely hot or cold environments, or even in conditions like a raging fire, nanites could help characters who have them survive by allowing it to be adaptable enough to ignore normal conditions and penalties for being in those conditions.

Maybe in the future, instead of installing a fancy security system to keep people out, people will simply employ nanites to track where their stuff is. If it moves, the owner gets an alert and can call the police to have the perpetrator arrested.

In my bloodline article this was discussed in passing. Other ways this could happen is to give the character the ability to jump far distances, fly or fall from great heights without damage, quickly combine elements to produce various effects, such as producing fire, controlling electronic devices, electricity, magnets and more. Maybe in your world, the “magic” is simply the ability to control nanites that are everywhere and depending what one tells them to do, different effects are produced. This could explain the Vancian spell casting systems in that the spells are simply a programming language that needs to be ran every time a spell is cast. In a world without hard drives and RAM, the human brain is the most efficient computer available. In terms of sorcerers, the control of the nanites could be a natural thing. Conversely, a warlock’s patron or a cleric’s deity could be simply giving the character a piece of code that doesn’t need any sort of slot to cast.

Nanites as a symbiote.

Maybe nanites can’t live without a host – either because the outside world is too harsh in environment or because it would be recognized for what it is and destroyed by those hunting it and in return it provides certain benefits. What these benefits are would be up to the DM, but if one looks at the Venom Symbiote that would give an interesting spectrum of abilities/ powers. Because nanites are at a microscopic level, the powers could also work by turning the host into a monster by turning on or off genes selectively. It might even be even though the person knows they’re becoming monstrous, they don’t care because the nanites affect the victim’s ability to care. Conversely, it could be a parasite, that takes from its host and gives nothing back in return. 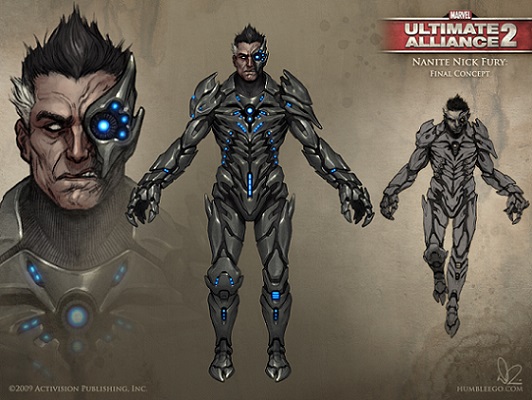 Nanites as the BBEG.

Maybe nanites have developed an intelligence and see that human(oids) are a threat to it and have put into place measures that will ensure its destruction, and it’s up to the PCs to figure out what’s happening and stop it before it’s too late. The PCs would have to figure out a way to defeat them all, without leaving even one to become a threat again.

If used as a singular entity for the PCs to fight against, the most natural way to go about this would be to make the nanites as a golem, so they have a base humanoid shape, yet it wouldn’t be confined to such. Such a creature would be infinitely adaptable, and able to overcome almost any obstacle. Think something along the lines of Glacius in the Killer Instinct games that can melt into a puddle and reform to attack. Crushing it would be ineffective as the nanites can shift position or simply form around the obstruction because of all the tiny parts. If the PCs use fire against it, fry it with lightning bolts, or tries to freeze it, it’s not a problem. The PCs drop it into water? Even though they are electronic entities, they may have some built in resistance to the water… or maybe it wouldn’t affect them at all, as they could spread across it and float.  If the PCs try to blow the nanites away, that wouldn’t be effective either, as it could simply reform. If the PCs escape into a room with a small gap – either a keyhole or a crack at the door, it could squeeze through to continue the attack. Even if they crossed a bridge, destroying it after they were safely across, it wouldn’t do them much good, in that it could simply grow wings, jump across, or stretch across if the gap was small enough. Even an Electromagnetic Pulse (EMP) weapon might not be enough to destroy it completely if a few of them escape.  Armor would be useless against them, as would standard weapons, as they would infect anything they touched.

A single nanite, inside a human(oid) could act as a tracking device for larger forces of nanites or more dangerous monsters. Over time, it could damage their victim’s organs and blood vessels – thus causing internal bleeding. If its recognized by their immune system as a threat, it could weaken it over time. Why? Because an immune system that is in a constant state of alarm / heightened awareness of danger / infection can get tired after awhile.

As you see, there are a variety of ways of using nanites in your games. Some of them are ways of increasing the PCs abilities, whereas others would give them problems. All of these suggestions can be used to help add depth, interest, and background to your world. Feel free to use them and let me know what you think. As always, feel free to like, comment, and reshare.