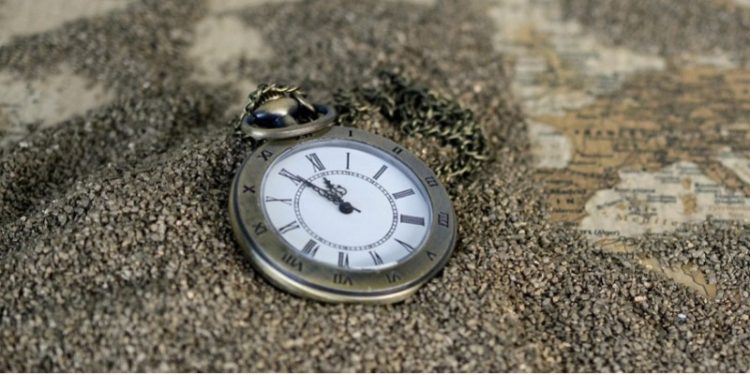 Here’s a collection of magic items for rogues that I wound up not being able to use for another project, so you get them gratis. Some of them are for rogues in the sense that mouse traps are for mice. Several of these are adapted from crafted items in Dust to Dust, and so initial creative credit goes to Colin, Rabbit, or another campaign committee member. The attuned lock goes back even further, to the Shattered Isles campaign.

This heavy silver coin shows the smiling face of the goddess of luck on one side, and her scowling face on the reverse. Many thieves carry such coins and flip them before a high-risk job, or any difficult task. The smiling goddess coin has 3 charges. As a bonus action, you flip the coin. Roll a d6: on a 4-6, the smiling face appears, you expend 1 charge, and you add 1d4 to your next attack roll, saving throw, or ability check. On a 1-3, the scowling face appears, and you subtract 1d4 from your next attack roll, saving throw, or ability check. (Alternately, flip a coin.) The coin regains all expended charges at dawn.

Instead of flipping the coin, you can feed a single drop of blood to its scowling face. This causes the scowling face to smile as well. The next time you roll initiative at the start of combat, you and up to two creatures of your choice receive a bless spell that does not require concentration. Once used in this way, you somehow manage to lose the coin before you can use it again, no matter what precautions you take.

This square of woven rug or heavy cloth is about two feet on a side, but folds up to fit in a pocket. Such cloths are popular with second-story thieves, and those who live or die by running from rooftop to rooftop in big cities. As an action, you can unfold the cloth and place it so that at least one edge touches a solid object, such as the edge of a building or a cliff. It remains perfectly horizontal, supporting up to 400 lb., for up to 10 minutes. You can cause it to release early by touching it with your hand and saying the command word. The rook-perch can be used once in this way, and recharges at dusk.

If you’re willing to lose your rook-perch forever, though, you can use it as a trap for the unwary. As a reaction while you are within 60 feet of it, you can speak the command word, causing it to unravel instantly. Anything resting on the cloth falls.

This crystal lens is held securely with a brass wire attached to a foot-long handle. It is especially famous and desired among safe-crackers and other kinds of burglars, though it is expensive enough to be out of reach for many of them. A burglar’s lens has 3 charges. When you expend a charge and hold the lens up to your eye, your vision can penetrate up to 4 inches of solid wood, or 1 inch of solid brass, bronze, iron, or steel, within 5 feet of you. Any other opaque substance blocks the vision. You also gain darkvision to a distance of 5 feet, and can automatically identify mimics for what they are. Your enhanced vision lasts until the end of your next turn. The lens regains all expended charges at dusk.

Alternately, you can shatter the lens as a bonus action, weakening the sight of your enemies – such as patrolling guards. Up to 10 creatures of your choice within 120 feet suffer a -5 penalty to passive Perception and Wisdom (Perception) checks for 10 minutes.

Wondrous item, rare, requires attunement
Carrying keys with you is a terrible risk, if you’re worried about theft. It’s just asking to get your pocket picked. While you are attuned to this lock, it unlocks itself instantly when you touch it, and locks itself again when you are no longer touching it. This feature is suppressed for 10 minutes if an unattuned creature unlocks the lock with a key or a successful Dexterity (thieves’ tools) ability check. If you have one or more levels in the rogue class, you can attune one attuned lock at a time without using an attunement slot.

Alternately, you can expend all of the lock’s magic to make it completely impossible for anyone, including you, to open for 24 hours. During this time, it is immune to spells of 6th level and below that would affect it, including dispel magic. At the end of its duration, it crumbles to dust.

The criminal life is dangerous, and it’s often hard to find someone with the skills to patch you up afterward. These magical lockpicks mean that you just need to trust another crook. To a creature holding these lockpicks, wounds look like keyholes; diseases and poisons look like traps. Lockpicks of physick have 3 charges. As an action, you can make a DC 15 Dexterity (thieves’ tools) check. On a success, you can spend 1 charge to restore 1d4 + your Dexterity modifier hit points to a creature within 5 feet that you can see. The lockpicks regain all expended charges at dusk.

Alternately, you can expend all of the lockpicks’ magic to cast lesser restoration without a verbal component. This does not require any charges. The lockpicks rust away to nothing afterward.

Mind-affecting magic is a problem for everyone, but when it comes to high-stakes infiltration and espionage, one must find countermeasures. When a creature with an Intelligence of 4 or greater that is currently affected by the charmed or frightened conditions, or the confusion or modify memory spells, looks into the mirror, it receives a new saving throw against that spell or condition. The creature sees its own features with an exaggerated expression representing that spell or effect. The mirror can be used once, and recharges at dawn.

Alternately, you can expend the mirror’s power to make the creature looking into it automatically succeed their saving throw. The mirror also shows an image of the person that charmed, frightened, or cast a spell on the subject, looming behind them. The hand mirror of clarity shatters a few moments later.

It’s rare to find a pocket watch at all outside of gnomish settlements. This one seems to be broken, as it sometimes skips back a few seconds. It holds great power for the one who attunes it, though. The broken pocket watch has 3 charges. On your turn, you can spend 1 charge to take an additional bonus action, as the pocket watch ticks back by two seconds to give you another moment for something quick. Once you spend a charge, you can’t spend another for 1 hour. The pocket watch regains 1 expended charge at dawn.

Alternately, you can force it to turn backward as far as it can go. This does not require an action or any charges from the pocket watch, but you can’t do this if you are incapacitated. You teleport to any location you have been earlier in this turn, you regain any hit points you have lost since the beginning of your turn, and you can immediately take another turn. The pocket watch falls apart after that, and can’t be repaired. After 1 minute, you suffer one level of exhaustion.

If you need to find magnetic north, a compass with an iron needle is a great idea. Most adventurers don’t care about magnetic north as much they care about the lure of another metal. The magic of the gold-needle compass is the solution. Its needle points to the largest collection of gold within 5 feet. If two equal quantities of gold are within range, it points to the one with the greater purity. The gold-needle compass has 3 charges. As an action, you can spend 1 charge to extend its range to 30 feet, 2 charges to extend it to 90 feet, or 3 charges to extend it to 180 feet, for a duration of 10 minutes. It regains all expended charges at dawn.

Alternately, you can expend all of its power at once to cause it to point to other valuable metals. Choose one of the following: copper, silver, platinum, adamantium, or mithral. The compass points to the largest concentration of that metal for 10 minutes. Afterward, the needle becomes lead and all magic fades from the gold-needle compass.

Candle of the Long Watch

Thieves and city guardsmen alike find themselves keeping long watches late into the night, when wakefulness becomes a scarce commodity. While the candle of the long watch burns, creatures within 10 feet of it can’t fall asleep through any nonmagical means. They gain advantage on saving throws against magical effects that would put them to sleep, and the sleep spell affects them as if their current hit points were doubled. A creature affected by this item can’t take a long rest. While using the candle in this way, it only seems to burn down. When no one is looking, it regains its length in ways easily dismissed as the hallucinations of the sleep-deprived.

Alternately, you can place the whole candle into an open flame. For the next 8 hours, creatures within 60 feet of that open flame gain a +5 bonus to passive Perception and a +5 bonus to initiative checks. The candle is completely consumed. The effect ends early if the open flame is doused, but the candle of the long watch can’t be reused.