Back on Friday, Wizards of the Coast announced a brand new D&D video game called DARK ALLIANCE. Here are the trailer and press release. Watch the trailer and let us know in the comments if this is something you’re interested in or will be trying to forget based on this trailer.

RENTON, WASHINGTON – December 13, 2019 – Wizards of the Coast and Tuque Games are proud to announce DARK ALLIANCE, a third-person action RPG, will launch worldwide on PC and consoles in Fall 2020.

DARK ALLIANCE is an exciting, action-driven, hack-and-slash adventure filled with iconic monsters, legendary characters, and epic loot. In an all-new trailer that debuted during last night’s Game Awards, Jeff Hattem, Founder of Tuque Games introduced millions of players to the game’s unique take on Drizzt Do’Urden and his legendary companions.

“From the moment I founded Tuque, our team has known that we wanted to bring our passion for D&D and creativity to the Dark Alliance series,” said Jeff Hattem, Head of Studio, Tuque Games. “We’re taking players on an epic journey through the harsh and violent, Icewind Dale, where they’re going to need to use their wits, their weapons and their party members to help them survive the iconic monsters we’re going to send their way.”

A spiritual successor to the Baldur’s Gate: Dark Alliance series featuring popular characters created by best-selling fantasy author R.A. Salvatore, the new DARK ALLIANCE combines the pulse-pounding action of a hack-and-slash dungeon crawler with the progression and loot systems of a role-playing game.

“Drizzt and his companions are some of Dungeons & Dragons’ most recognizable heroes,” said Nathan Stewart, Head of Franchise for Dungeons & Dragons. “This all-new Dark Alliance will give players a visceral experience that drops them into the action of a Drizzt storyline like never before.”

Featuring couch or online co-op for up to four people, fans can play as scimitar-wielding hero Drizzt Do’Urden or one of his unique companions Catti-Brie, Bruenor, or Wulfgar as they set out on an action-packed adventure in the icy tundra of Icewind Dale.

To learn more about DARK ALLIANCE and see the trailer, visit the official website at www.DarkAlliance.com. 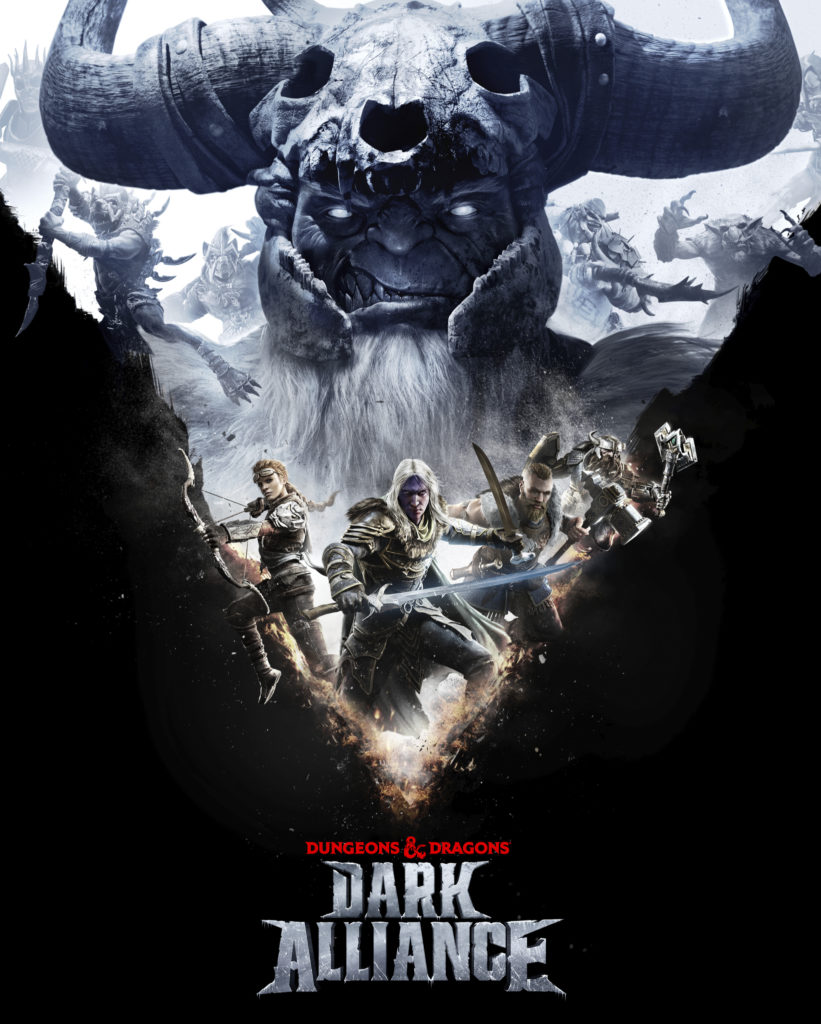 ABOUT WIZARDS OF THE COAST
Wizards of the Coast, a subsidiary of Hasbro, Inc., is an award-winning developer and publisher of tabletop and digital games that ignite a sense of adventure in passionate players around the globe. Best known for publishing groundbreaking fantasy franchises, MAGIC: THE GATHERING® and DUNGEONS & DRAGONS®, Wizards is dedicated to bringing together world-class talent to create unforgettable play experiences at its headquarters in Washington and studios in Austin and Montreal. Learn more at www.wizards.com.

ABOUT TUQUE
Tuque Games, a subsidiary of Wizards of the Coast, is a video game developer based in Montreal, Canada. One of Montreal’s growing list of independent development studios, it released its first title, Livelock in 2016 and is developing a game based on the massively popular Dungeons & Dragons franchise. Learn more at https://www.tuquegames.com/.

ABOUT HASBRO
Hasbro (NASDAQ: HAS) is a global play and entertainment company committed to Creating the World’s Best Play and Entertainment Experiences. From toys and games to television, movies, digital gaming and consumer products, Hasbro offers a variety of ways for audiences to experience its iconic brands, including NERF, MY LITTLE PONY, TRANSFORMERS, PLAY-DOH, MONOPOLY, BABY ALIVE, MAGIC: THE GATHERING and POWER RANGERS, as well as premier partner brands. Through its entertainment labels, Allspark Pictures and Allspark Animation, the Company is building its brands globally through great storytelling and content on all screens. Hasbro is committed to making the world a better place for children and their families through corporate social responsibility and philanthropy. Hasbro ranked No. 13 on the 2019 100 Best Corporate Citizens list by CR Magazine, and has been named one of the World’s Most Ethical Companies® by Ethisphere Institute for the past eight years. Learn more at www.hasbro.com, and follow us on Twitter (@Hasbro) and Instagram (@Hasbro).