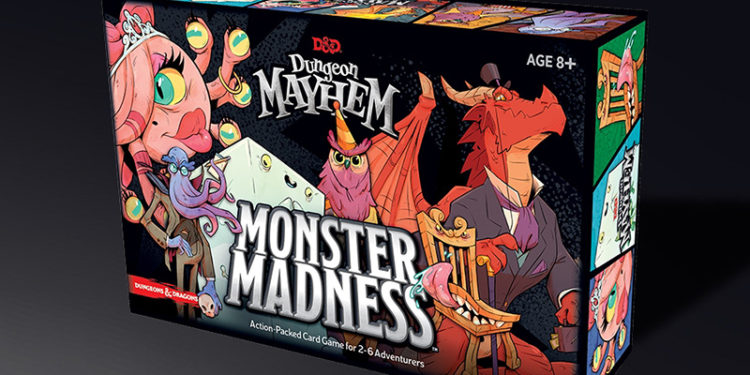 I received a review copy of this expansion box a couple of weeks ago. It’s a nice product and an excellent purchase if you already have either of the previous two releases for the Dungeon Mayhem game. In Dungeon Mayhem: Monster Madness, you play as one of six epic D&D monsters, each with their own methods to charm, crush, disintegrate, and devour their foes across the table. This set is an expansion that adds to the original game and plays with both of the previous sets. It also provides a box to store the cards with character-specific dividers from this set and the previous two sets. The tone and artwork are cute and silly… how can you go wrong with an owlbear named “Hoots McGoots”?

In Dungeon Mayhem: Monster Madness, each D&D monster has their own way to charm, crush, disintegrate, or devour their foes. These new decks are fully compatible with all previously published Dungeon Mayhem decks and all of the cards, plus tokens, can be stored in the beautifully designed, monster-sized box. Fans can also enjoy bringing more adventurers into the fold with the addition of rules to include up to 6 players.

The character decks in Dungeon Mayhem: Monster Madness are illustrated by Cam Kendell and feature: 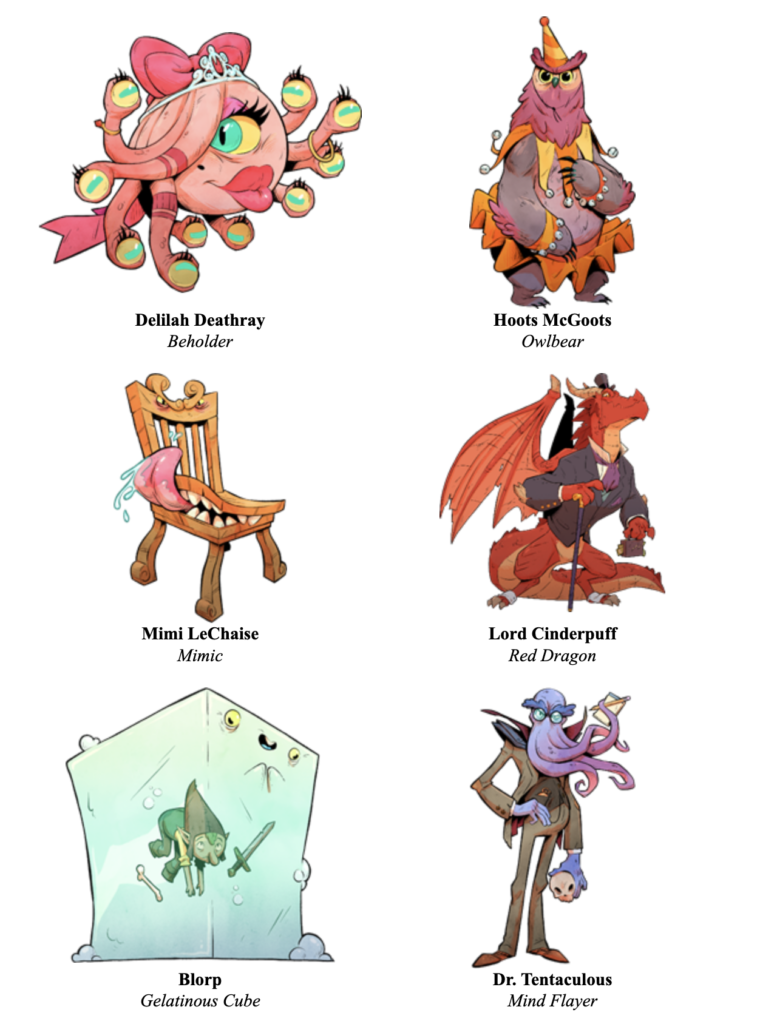