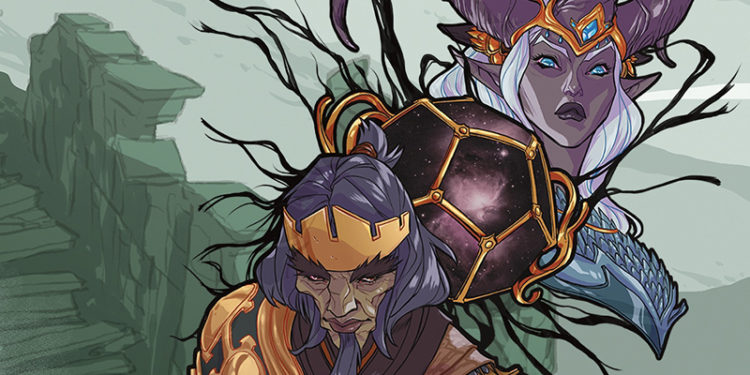 Here are some details for both of these new products. 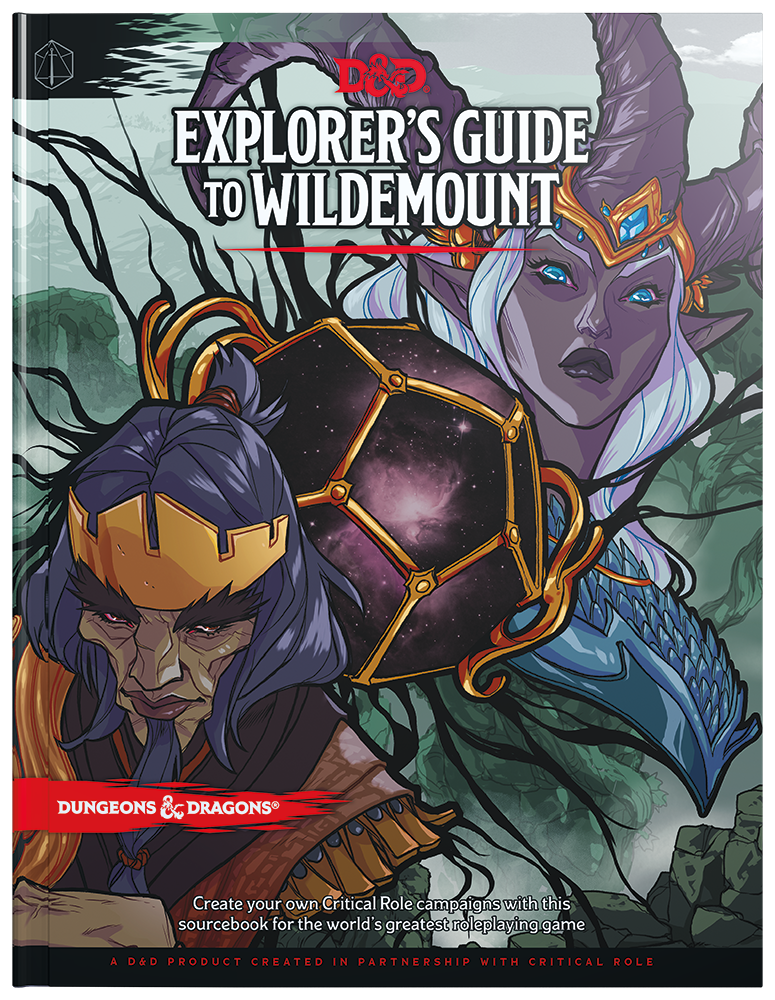 This book’s contents include the following:

This release is available in hardcover or online at Roll20, Fantasy Grounds, and D&D Beyond. Visit the official product page to learn more. 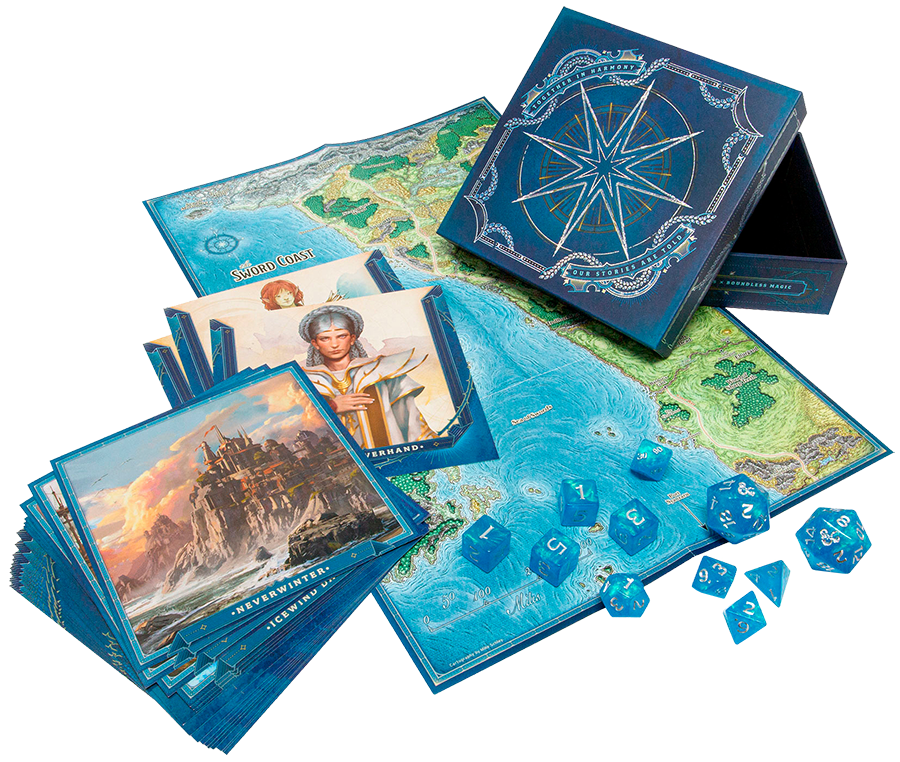 Lady Laeral Silverhand is the Open Lord of Waterdeep, a centuries-old archmage, and the daughter of the god of magic. In the Forgotten Realms: Laeral Silverhand’s Explorer’s Kit, she guides you on your path to adventure. This new kit includes eleven dice in a durable, felt-lined box that functions as two dice trays. Fans can also enjoy the twenty illustrated, double-sided cards detailing Laeral’s expert insights on key characters, locations, and lore from across the Forgotten Realms, along with a foldout, double-sided map featuring the Sword Coast and city of Waterdeep.