Building a town for your game 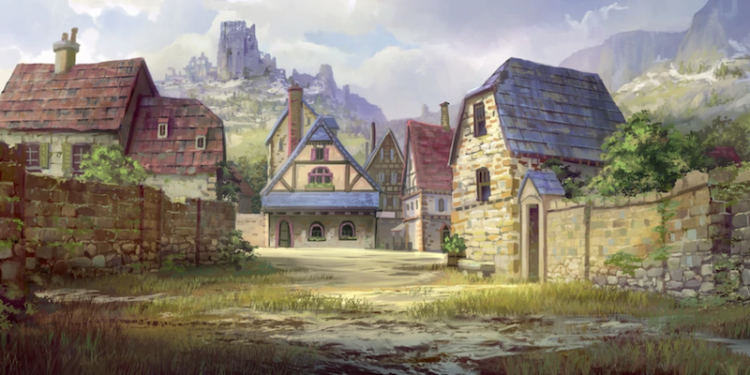 One of the first things that I did a long time ago was build a small village for my players. This was after we had played keep on the borderlands. It was rather simple with a few families. In the town there was the smith and a mayor with a town center that had a well. All of the roads were dirt and mud. There was a tavern with an inn to get food and sleep. I built it as we played and I didn’t plan very much for future games. It worked but when I look back, I think about how much I should have added. I have also learned that sometimes the more things I add, it seems the less that the players will actually see because they don’t dig deep enough to find out about the baker’s son or the fletcher that lives down by the river.

But then all of those people and creatures can lead to an adventure, if for instance the baker’s son is a werewolf. Or the fletcher is part of the thieves guild and is just a front for an illegal magic trade going to the other side of a war. So I appreciate building some depth to a small town, and a very good example comes from the intro D&D adventure Lost Mine of Phandelver.

I wanted to take some time and put my thoughts on paper and look at some good resources for building a town. One of the earliest back in the day that I used was in Dragon Magazine # 8 The Development of Towns in D&D by Tony Watson. I found it in Best of Dragon from 1985. Tony goes into depth on the layout of the town and the business that would keep a town alive like armorers, cobblers, cartographers, candlestick maker, weaver, barbers, pawnshop. There is a lot of great information that I have used in building towns. It is very good and detailed. All of this can take a lot of time and preparation. But sometimes I don’t have the time to get out my notebook and write all of this down. Or use a wiki to build it. So I have found a very good tool for lazy dungeon masters like me.

I click on the link, and it instantly builds a small town for me and gives me history and NPCs for the players. I can change a lot of the options and build an even bigger town with districts and a much larger population. 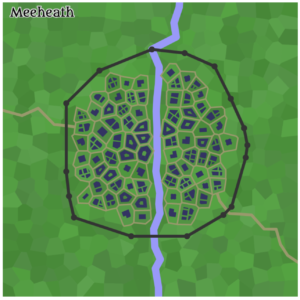 I love it. but I feel nostalgic for the times that I took out graph paper and penciled in a town from scratch… slowly building it up. I wish I had time like that again. And I’m thankful for the tools that we have that make things a lot easier for dungeon masters.