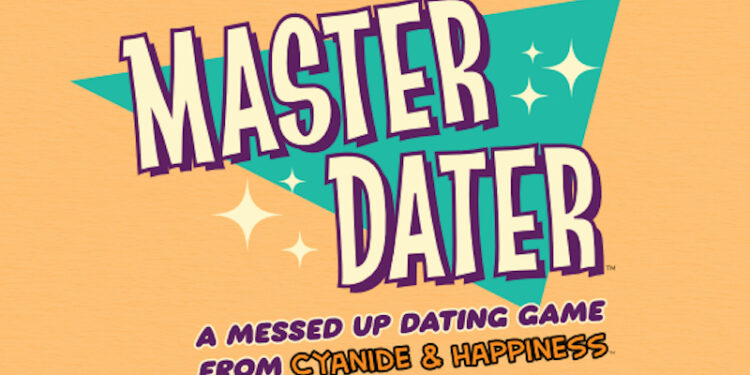 DALLAS – April 5, 2022 – Master Dater, the latest comedic social-judging card game from Explosm, the minds behind the popular Cyanide & Happiness webcomic enjoyed by more than 25 million fans around the world, butts its way into everyone’s personal love lives via a Gamefound crowdfunding campaign today with a physical retail release planned for Q4 2022.

Explosm’s first hit card game Joking Hazard has sold more than one million copies, since earning a spot among the top 30 most backed Kickstarter projects of all time alongside their triumphant follow-up, Trial By Trolley. The Cyanide & Happiness team joined a number of voices last year expressing their disappointment in other crowdfunding platforms (that may start with a “K”) moving to a blockchain model.

Explosm puts their community first and have regularly turned down partnerships that could take advantage of their supporters, especially blockchain tech. They have to turn down NFT offers on a weekly basis. The team is not a fan of the environmental impact of NFTs and blockchain tech as well as the rampant issues with art and IP theft that go along with it. Gamefound has proudly established itself as a perfect alternative, offering robust features allowing for more direct engagement with backers. 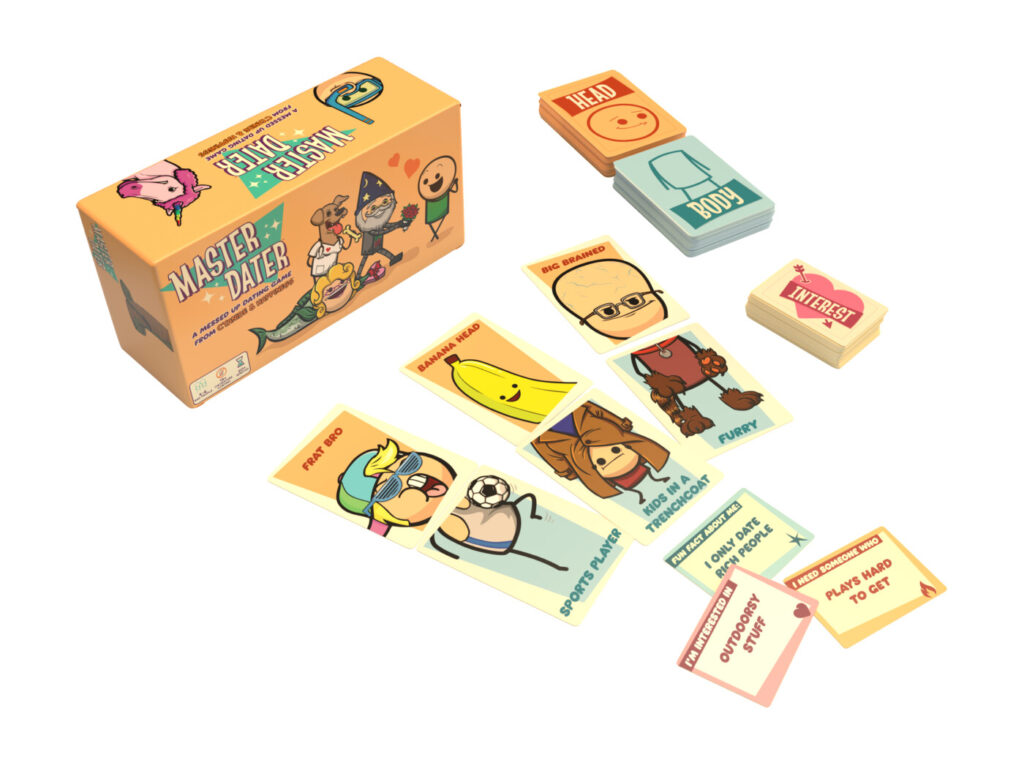 Finally, it’s time to give Cyanide & Happiness fans what they have been asking for since childhood: love, from literally anyone. Become the one and only, Sexiest Single, in all the land (for at least one round) and watch the suitors line up to pander their hearts out for said Single’s affection. The rest of the group each combine one Head Card, one Body Card, and a really good verbal argument to convince the Sexy Single to award one of their Interest Cards to potential paramours.

Create the suitor or suitress of anyone’s dream with combinations like Dweebus Christ, Santa Satan, or a Giant Eyeball Who Stabs Eyes. The first Dater to collect five total Interest Cards and one from each of the Love, Flame, and Spark categories, has officially won at love and becomes the Master Dater! Sorry, we do make the rules and that’s canon.

Master Dater’s Gamefound crowdfunding campaign allows Cyanide & Happiness’s wonderful and attractive fans to directly support the game’s creation, while receiving exclusive rewards like a backer-only limited edition box, or just pre-order the main game for $25 USD to be among the first to play it. More stretch goal rewards await to be unlocked, and honestly, some may already be when this press release goes out.