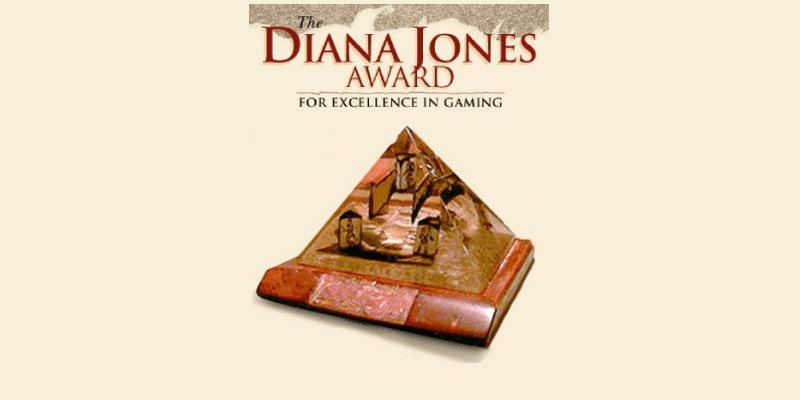 From a long and eclectic collection of nominees, the committee of the Diana Jones Award for Excellence in Gaming selected four finalists that it believes best exemplified “excellence” in the field of gaming for its 2022 award. They are:

In 2019, the social media hashtag #rpgsea made waves as a means of spreading awareness and visibility for Southeast Asian (SEA) creators of tabletop roleplaying games. Springing from that, momatoes — also known as Bianca Canoza, the winner of this year’s Emerging Designer Program — created a gorgeous and stunningly useful website solely devoted to promoting Southeast Asian games. She also runs an accompanying newsletter that focuses on spreading important news about what Southeast Asian creators are up to, adding to the good work spurred by 2019 DJA finalist Session Zero Online.

An activist advocating for a more representative hobby games industry

Ajit George has been a tireless activist in games who draws on his extensive nonprofit experience in poverty alleviation to advocate for a more representative and equitable industry. For over a decade, he has worked with individuals and organizations to change the trajectory of the community. In 2016, he helped lead a groundbreaking year for Gen Con, which achieved gender parity and greater representation for both POCs and LGBTQ+ for its Industry Insider Speaker slate for the first time in its history. In 2019, he created and continues to lead a POC training and mentoring program which matches industry veterans from Bioware, Evil Hat, Riot, Wizards of the Coast, and other companies with up-and-coming POC professionals looking to break into the industry. He also conceived and led the first POC games industry mixer at Big Bad Con in 2019, which led to 75+ job opportunities at a wide variety of companies including Critical Role, Darrington Press, Evil Hat, Paradox, and Wizards of the Coast. As a game writer, he has been the first writer of Indian origin to write Indian-inspired material for a number of games, including Dungeons & Dragon’s Van Richten’s Guide to Ravenloft. He most recently conceived, project-led, and wrote for the first book written entirely by POCs in Dungeon’s and Dragon’s 48-year history, Journeys Through the Radiant Citadel.

Haunted West is a revolutionary take on the way gaming sees the Old West. Rather than focusing on the history many learned in school that often erases the stories of marginalized communities, it tells a fuller, more truthful one—with a weird west spin. From Darker Hue Studios, the creators of the multi-award winning TTRPG sourcebook Harlem Unbound (a 2018 DJA finalist), this tome clocks in at over 800 pages. In addition to a detailed account of the true history of the Old West focusing on the mostly untold stories of the marginalized people who lived through it, it provides two settings (historical and alternate history) and two systems (the main Ouroboros System and a Powered by the Apocalypse hack). Chris Spivey, founder and CEO of Darker Hue Studios, believes games have the power to educate and engage in a community setting, and creates historically honest games like Haunted West to build understanding and encourage inclusion and diversity. Haunted West has been accepted into the collections of the Schomburg Center for Research in Black Culture and the National Cowboy & Western Heritage Museum.

Learn more about it at www.darkerhuestudios.com

Mothership is a sci-fi horror roleplaying game that uses next-generation design and layout — infused with an “old school” ethos of risk and reward — to tell stories of desperate crews on the edge of space salvaging wrecked ships, exploring alien worlds, and (sometimes) making it out alive. But Mothership is more than just a tightly constructed space horror engine; it’s also the bedrock of a community of players and creators who are building amazing adventures, settings, and tools for the game. Fueled by the excitement of that community, the Mothership Kickstarter alone stands as a stunning accomplishment, raising more than $1.4 million for a completely original, non-licensed RPG built by independent creators alongside their fans.

Find out more at www.mothershiprpg.com

The 2022 Diana Jones Award ceremony was held in Indianapolis on Wednesday, August 3rd, at the annual gathering of tabletop games industry professionals, the unofficial kick-off of Gen Con.

The winner this year is Ajit George.

About the Diana Jones Award

The Diana Jones Award for Excellence in Gaming was founded and first awarded in 2001. It is presented annually to the person, product, company, event, movement, concept or any other thing that has, in the opinion of its committee, best demonstrated the quality of “excellence” in the world of hobby-gaming in the previous year. It has been described as “the Nobel Prize of gaming.”

Past winners of the Diana Jones Award include industry figures such as Peter Adkison, Jordan Weisman, and Eric Lang, the boardgames Dominion and Ticket to Ride, the roleplaying game Fiasco, the YouTube show TableTop with Wil Wheaton, and the concept of streaming tabletop RPGs known as Actual Play.

Diana Jones Award Finalist: One of 3 to 7 people, products, companies, events, movements, concepts, or things that are mentioned by name at the Diana Jones Award presentation. One of them is selected by committee vote to be the winner. A finalist is equivalent to a silver medal or second place in some other awards.

Nominees: One of the possibly several dozen people, products, companies, events, movements, concepts, or things that are put forward by Diana Jones Award committee members for voting. 3 to 7 of them are selected as finalists. Nominee identities are not released publicly.

The One Ring – Free League Publishing ...