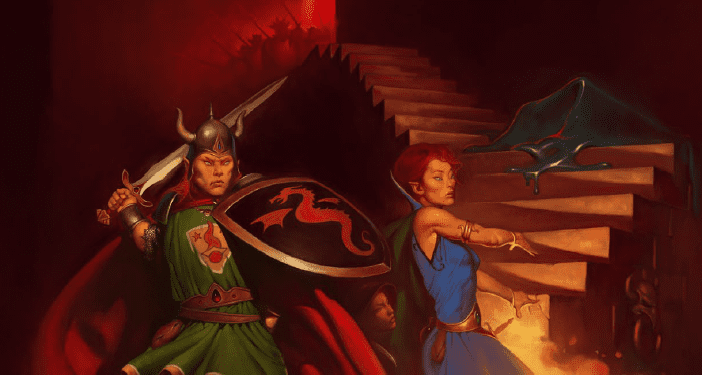 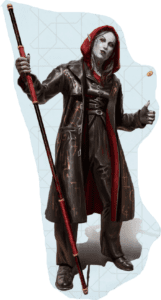 Will Doyle comes back from tabletop designing retirement to impress us with his ways of soloing a D&D adventure. In this article, he offers three new classes, made for games with one GM and one player. Attempting to use these classes with other PCs in your party will result in this heroic champion being way too overpowered. Consider that these classes are made to be as powerful as 4 PCs. These are the heroic warrior, a martial class capable of doing an amazing display of attack and heroic exploits (which are pretty much combat better maneuvers); the heroic spellcaster, looking to be a mixture of the wizard, cleric, and sorcerer, with pretty much twice the amount of spells known and spells slots from the normal classes, and a whole bunch of heroic expoits that work similarly to the eldritch invocations and sorcerer’s metamagic; and lastly the heroic trickster, a mixture of the rogue and the bard, but more inclined towards the manipulative and illusory aspcts subclasses of these two classes.
All three classes have abilities that are much more powerful than the regular ones, gain twice the amount of hit points per level, but most of the rest remain the same. If there is one critique I would like to add is that the heroic spellcaster not only has both the entirety of the wizard and cleric spells list available, but can change their spells, and create combinations of two or more spells simultaneously per rest, which I find to be way too much bookkeeping, but I guess that’s what you get when you are looking to solo an adventure. It’s difficult to judge these classes without trying them out first as they are extremely different from the usual ones, and how they work.

@vjhcreations
When I started reading this article, it gave me the exact vibes of the DMs Guild product “An Elf and an Orc had a Little Baby”. I took a look back at who the writer was, and it obviously had to be the same writer: VJ Harris. Mind you, I have not read the DM’s Guild product, but heard great things about it. What this article has to offer is the possibility of creating your own “race” by using a point system. First you decide your ancestry by choosing your parents (and the article even allows the creation of a whole family tree). Depending on what you have as ancestors, you can pick some traits. There’s a wide variety for each possibility, each with a cost in points. Something fun is that you can add in negative traits (that from what I see in this article it’s only vulnerability to different types of damage) to gain back some points. This means that you can get a trait from the ancestry of your grandpa, one from your father, two from your mother, and a negative trait from your grandma so you can choose a second one from your father. Sounds cool, right? 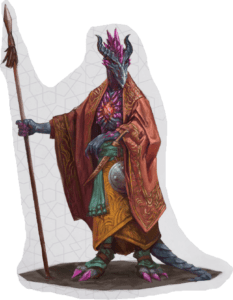 Parentage and Upbringing offers only gemstone dragonborns, and tieflings as character options to get traits from. I assume that if this article is popular enough, VJ Harris will create a sequel to this with some additional ancestries. Nevertheless, as indicated at the start, this article was made to be compatible with both volumes of An Elf and an Orc had a Little Baby, as well as with their game system “Those who Wander”, so these kind of articles may only offer stuff for MCDM ancestries.
The dragonborn allow the possibility of using psionics, like the soon to be released new MCDM class. That’s why some instructions on how to use psionic characters, as well as some abilities is provided at the end of the article, in case you decide to choose one of the psionic traits. There’s 6 different kinds of gemstone dragons to choose traits from, so you have a great range of stuff to get to try out. Then, there’s the tieflings, with one type of tiefling for each of the circles of hell, (and the Abyss?). It confuses me a little that there seems to be no distinction between tieflings whose lineage comes from Hell, and those whose lineage is linked to the Abyss. Each has different traits, with some repeated of course, like using your tail as a weapon, or having telepathy. My favorite of the bunch is one that allows the character to use their wings to protect an ally from attacks as an action. I don’t know, it just looks very cinematic in my head.
Lastly, there’s an explanation on how to make the whole system work. It looks pretty clear, but the only complaint I might add is that there seems to not be a clear number of points each player has when creating their character. The provided examples use up to 16 points, but I think (I might have missed it, mind you) it is intended for the DM to choose the number of points the players can use.

@scottfgray
Once upon a time, a trapmaster, famous for her great escapes and items creation existed. Now all that remains of her are those items she crafted. Scott surprises us this time with a whole set of 16 new magic items, all with the theme of this trapmaster. Besides the two very rare items (one of which you can see in the image below), the rest all range from common to rare in its rarity scale. As one may guess, these are all very roguey things, most of them wondrous items that help with escapes, create illusions or create some kind of trap to make infiltrating/escaping much easier.
I am in love with the idea of a magic items creator who crafts all things that follow a certain theme. This allows for player characters to be huge fans of the legends told about this person, meaning they might look to follow their steps or recover as many magic items as they can. If you are running a campaign that makes heavy use of infiltration missions or heists, then this article is definitely your cup of tea. Among my favorites is the totally random jar that, just like the Alchemy Jug, can release something if opened, only that these kinds of jars have animal swarms that come free and attack everything around them. Perfect when you want to get rid of some guards or are looking to escape someplace quickly and need a distraction. 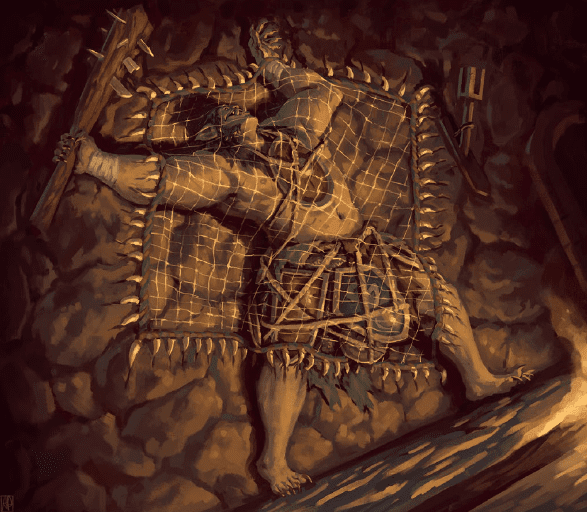 This issue provided us with a whole set of new things to give our players. Comparing this with the past few issues, which have been heavily oriented towards things for GMs, it’s nice to see the players get some things as well. Nevertheless, my favorite issues are those that have content for GMs, but I find this a great issue you may want to get if you want to reward your players. Alternatively, if you are a player, consider gifting this issue to your GM if you want some of this stuff to start appearing in your campaign, or want to solo a whole adventure.

If you had to choose from the three, which article would you say is the most useful for you/your group? Do you intend to implement the parentage system? Maybe you read the first article and you already know which adventure to duet with a GM/player? Which one are you planning to play? And if it’s a magic item you are looking for, why might your character need an item from this famous thief? Let me know in the comments below!

Dragonlance – Shadow of the Dragon Queen ...