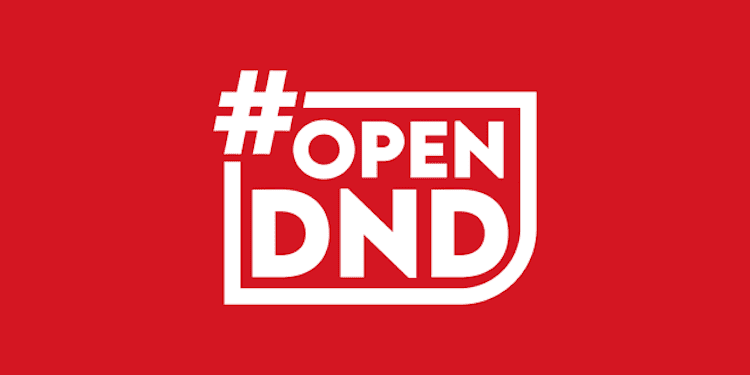 As designer and serious fan of Dungeons and Dragons, I have some thoughts on the Open Gaming License (OGL) and its impact on the industry. Please note that these are my personal opinions and they may change once the Authorized Open Gaming License version 1.1 is released. This article is being written based on a recent press release by WotC in December about an upcoming new OGL and the leaked version of OGL 1.1 that was reviewed by Linda Codega at Gizmodo.

For those unfamiliar with the OGL, it is a legal agreement created by Wizards of the Coast (WotC) that allows third party creators to use certain aspects of their copyrighted material, such as game mechanics and character statistics, to create their own products. The OGL was first introduced in 2000. In 2016 after the release of D&D 5th edition the subsequent 5e SRD was created to be used with OGL 1.0a. The OGL can and has been used with many different game systems, and many other game companies and creators have chosen to use the OGL for their own products even ones that did not use the D&D mechanics.

In my opinion, the OGL has been an essential factor in the explosion of popularity for D&D 5th edition. It has enabled a wide variety of materials to be created and distributed by small businesses and independent creators. Without the OGL, it is highly likely that the D&D 5th edition community would not have seen the same level of growth and innovation. The ability for third party creators to legally create and sell their own products using D&D mechanics or distributing games that only use the OGL has allowed for a diverse range of materials to be available for players. This not only allows for more options and customization for players, but it also helps support small businesses and independent creators.

There is a recent leaked version of WotC ‘s planned new version of the OGL (OGL 1.1) that is said to deauthorize the past OGL. This has caused concern for many companies and creators who have used the OGL to create their own products or distribute games. If this were to happen, it could have a detrimental effect on these businesses, as they may no longer be able to legally sell their products or distribute games using the OGL.

To address these concerns and unite the RPG community, I think it would be helpful for WotC to publicly announce their support for the OGL 1.0, and confirm that they will not be deauthorizing past versions. This would provide assurance for businesses and creators who have relied on the OGL, and show that Hasbro & Wizards of the Coast are committed to supporting the growth and success of the Gaming community. Here are some specific strategic actions that could be taken to implement the idea of publicly announcing support for Open Gaming and confirming that they will not be deauthorized:

It may also be helpful to consider any additional actions that could be taken to further support the OGL and the RPG community, such as providing resources or assistance to small businesses and independent creators, or hosting events or initiatives that promote innovation and growth within the community. Showing & giving support is priceless.

In addition to the potential harm to small businesses and independent creators, revoking or deauthorizing past OGLs could also have a negative impact on the future popularity of D&D. With the upcoming One D&D release for the 50th anniversary of D&D in 2024, it is important for the community to continue to have access to a diverse range of materials and options for play.

In conclusion, I believe the OGL has been a crucial factor in the success and popularity of D&D 5th edition. Revoking or deauthorizing past OGLs would be harmful to the businesses and creators who have relied on it to create and sell their own products or distribute games, as well as potentially limiting the future success of D&D. It is important for WotC to consider the impact of any potential changes to the OGL on the community and industry as a whole, and to take steps to unite the RPG community by showing their support for Open Gaming development. And in the meantime; if you are interested in making your self heard then contact WotC support (https://dnd-support.wizards.com/hc/en-us/requests/new) or visit the #OpenDnD website (https://www.opendnd.games/).

As for Tribality, we are considering our best path forward; we will need to evaluate our current publications, the content for future published articles, and see how we can best continue to support the community that we love.