Free League Publishing today announced the development of two new Open Game Licenses (OGL). One is a rework of the Year Zero Engine OGL, the other a new license specifically designed for third-party modules for the upcoming Dragonbane fantasy RPG.

The work on these new licenses was initiated last year, but was intensified after the news regarding the update of Wizards of the Coasts’ OGL v1.0, on which the Year Zero Engine (YZE) license was based.

“It’s clear that it is high time for Free League to have an OGL that is fully our own,” says Free League CEO Tomas Härenstam.

The Year Zero Engine in various iterations has been used in most Free League RPGs in recent years, including Mutant: Year Zero, Coriolis, Tales From the Loop, Forbidden Lands, ALIEN, Vaesen, Blade Runner RPG, and the upcoming The Walking Dead Universe RPG. The YZE is an accessible, fast and adaptable rules framework that encourages story-focused and player-driven playstyles.

The new Year Zero Engine OGL is designed to be easy to understand and use for creators. It will give creators an irrevocable, worldwide, and royalty-free right to use Year Zero Engine Standard Reference Document (YZE SRD) and freely publish their own roleplaying material based on it.

Alongside the new YZE OGL, the YZE SRD itself is being given a major overhaul and update, based on the developments of the Year Zero Engine in recent years. The new SRD will include more rules variants and add rules for chases, vehicles, travel, and magic.

Beside the YZE OGL, Free League will also release a third-party license for the upcoming Dragonbane RPG, which was successfully Kickstarted last year. This license allows creators to freely publish RPG supplements explicitly compatible with Dragonbane, and to place the special A Module for Dragonbane logo (below) on the front cover.

The Dragonbane license is intended for third-party supplements for the game, not new standalone games, and thus does not have an SRD. This license is similar to the Free League Workshop community content program on DrivethruRPG, but allows creators to freely choose where to share or sell Dragonbane modules and without paying any royalties to anyone.

Both new Free League OGLs will be released in the next few weeks.

Unrelated to the two new OGLs, Free League currently publishes two product lines for 5E using WotC’s v1.0 OGL: The Lord of the Rings™ Roleplaying (based on the original game The One Ring™) and Ruins of Symbaroum (based on Symbaroum). Based on the latest announcement from WotC, it seems like these two game lines can continue largely unaffected even after their updated OGL, but Free League continues to monitor the situation as more information becomes available.

Release: Q3 2023
A legend is reborn. Dragonbane is the new and reimagined edition of Sweden’s first and biggest tabletop roleplaying game Drakar och Demoner. A new take on the classic fantasy RPG full of magic, mystery, and adventure. The new edition is designed from the ground up to facilitate fast-paced fantasy adventures, with very little prep time and adventures that are a breeze to run. 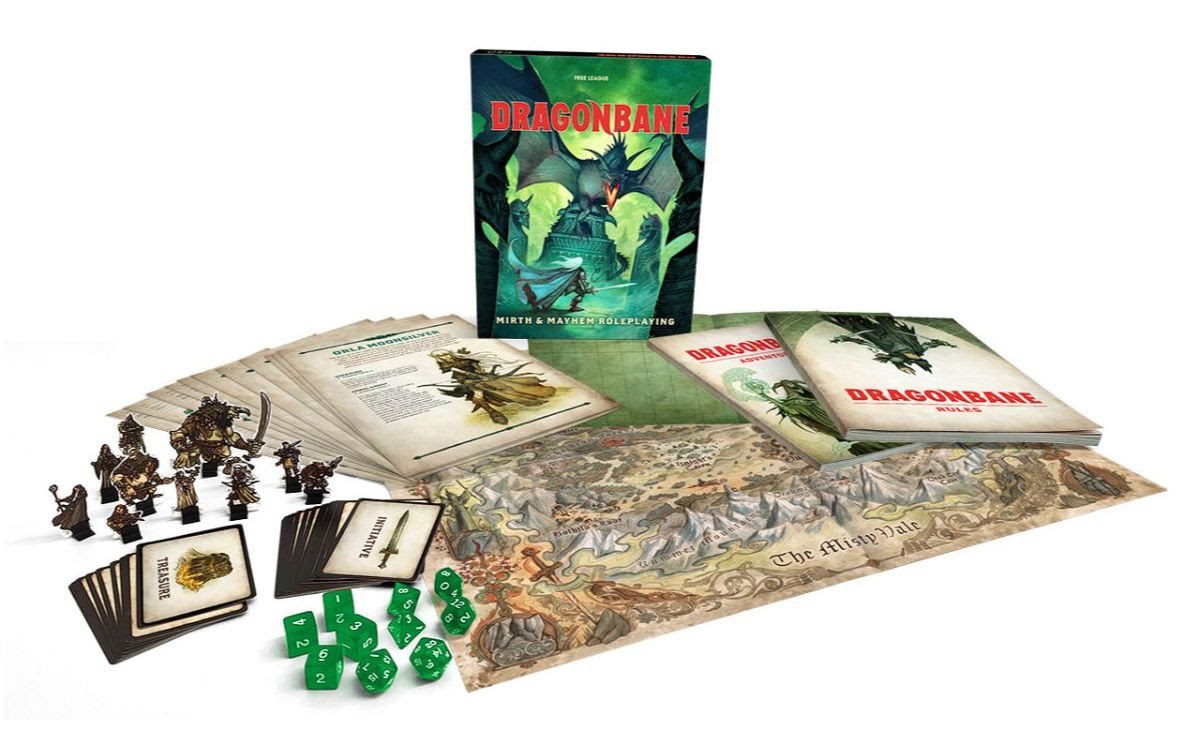 Free League Publishing is a game studio and publisher dedicated to speculative fiction based in Stockholm, Sweden. Voted Fans’ Favorite Publisher at the ENNIES two years in a row and Publisher of the Year in the first ever Tabletop Awards 2022, we have has published a wide range of award-winning tabletop roleplaying games and acclaimed art books set in strange and wondrous worlds.

Wizards of the Coast – Delays OGL ...