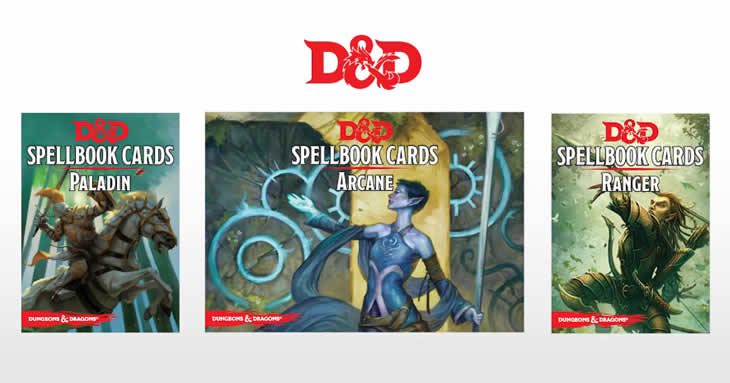 My spell book cards arrived today all the way from New Zealand.   [Edit: Well… they’re okay.  I was pretty excited when they arrived. The new product thing and euphoria already wore off after a few hours. I’m starting to see some flaws, and I’ll try to be more helpful in my review.] So I bought the three available spell book card packs, Arcane, Paladin, & Ranger Spell Decks.  I had tried to talk with Gale Force Nine last month about their arrival, but I was told they were on back order and they basically had no clue when they would arrive.  So it was a surprise to get an email update this week, and to see their arrival. There website still shows “Coming Soon” at Gale Force 9. I have been playing around with the cards, and they are kinda cool because now I can ready my spells from my spellbook and combat should go a little bit faster.  I will have to put these cards into protective sleeves though.  Mainly because of the sharp corners.  The card’s corners are cut at 90 degrees and are going to be bent pretty easy.

The spell descriptions are nice, but for the long spells it references the player’s handbook page number.  I imagine some people don’t want to have to break out their PHB if they just bought these cards.  So 40% of the Arcane cards have page number references. Some have only a paragraph and then a (see page #), others fill up the card and at the end a (see page #).  Some have the (see page#), after a short paragraph because they have specific rules on reaction like feather fall & shield.  They could have been listed on the cards. Might have been better to make multiple cards for spells if room was an issue.

If I use the cards as a player, I would probably put them in a 3×3 sleeve that could be my prepared spells from my spell book.  The cards are pretty thick and have glossy front and back, but the sides are not coated.  The sides have started to show wear and white is starting to show on the card colored edges from just a few uses of flipping through them.  The corners are blunting because they are 90 degree cuts, and putting them back in the box caused one of the cards to get damaged.  It was caused from the lid’s tongue creating an obstacle to the card deck. So putting the cards back in their packs is difficult because it is such a tight squeeze, no wiggle room. This is difficult with the arcane deck because you have to split the deck.

I couldn’t have produced these many cards on my own, but it probably would have been better to have them made of the same quality as the previous D&D 4e power card decks, treachery deck or even Magic the Gathering cards. Not sure why they used Gale Force Nine to make these cards as they typically produce plastic models and other plastic accessories for WotC.  None the less, they are useful, but could have been manufactured with a little more quality. I imagine after continued use, that they will be very haggard.

The arcane deck contains 230 spell cards, the ranger has 46 cards, and the paladin has 44 cards.  You can get yours from :Link to the GF9 store. And here are some pictures (didn’t have included a banana for scale, so I used an orange I got from Florida): 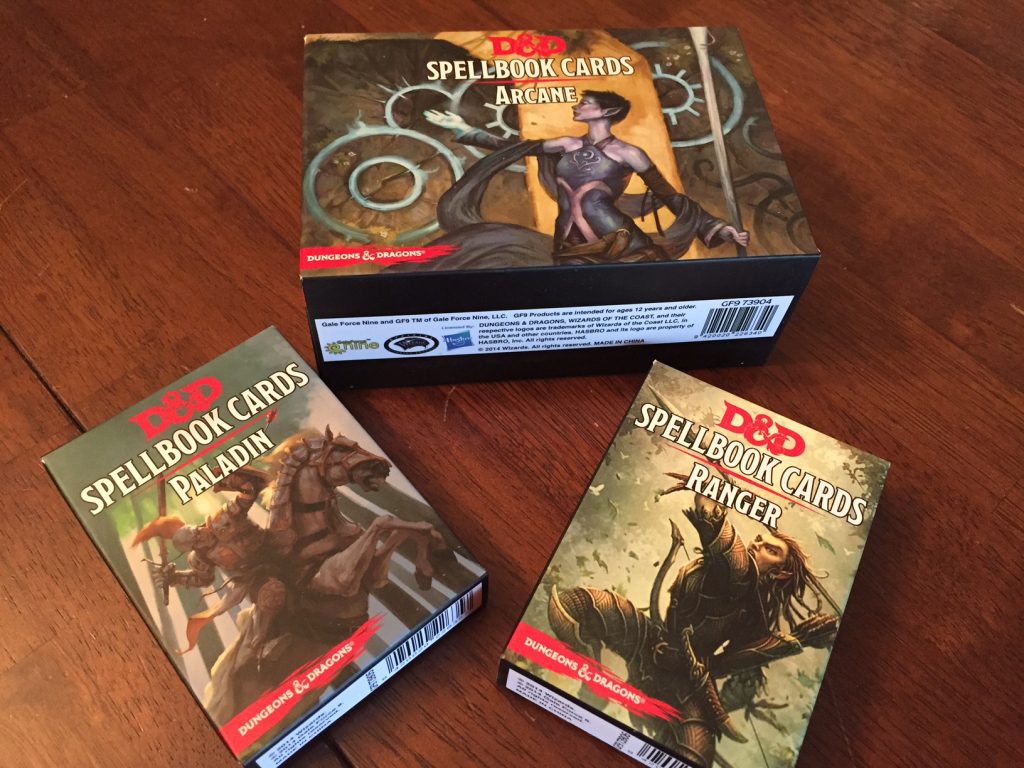 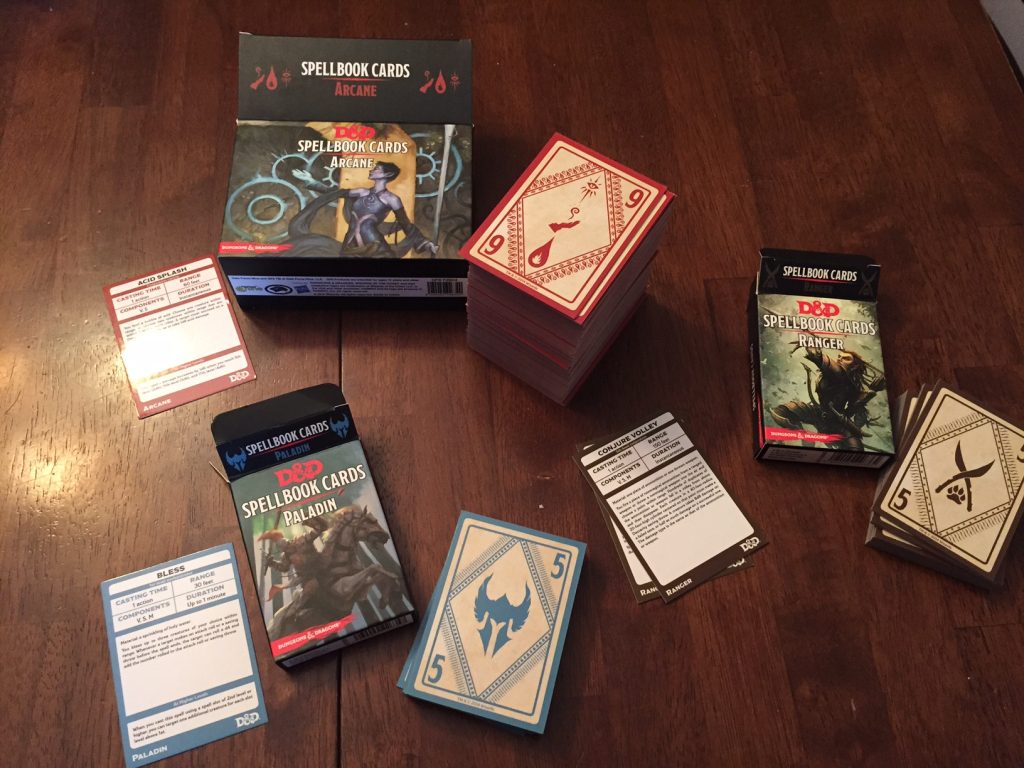