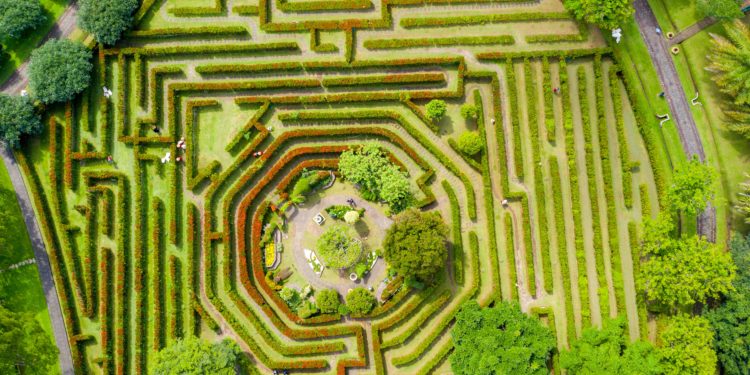 In my last article (Five Tips for New Dungeon Masters), my top tip was to “Know the Rules”. The rules are the skeleton of the game. You can flesh out the story all you want, but without a skeleton you’ll end up with an amorphous flesh ooze. 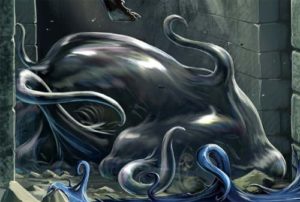 Now that we’ve imagined that lovely image, let’s talk about the top five commonly confused rules in Dungeons & Dragons 5th edition. These are rules I struggled with when I first became a DM and rules that have consistently confused new players at my table. 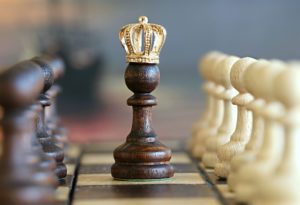 The proficiency bonus can be applied to attack rolls, spell attacks, ability checks using skills or tools, saving throws, and for determining the saving throw DC of spells (PHB, p. 12). This is, of course, only when a character is proficient in the weapon, tool, ability, or saving throw they are using.

Proficiency bonus doesn’t stack on itself. You never add it more than once to a single roll, even if two different rules mention that you add your proficiency bonus to a check (PHB, p. 173). However, some abilities may allow a character to multiply or divide it before it is applied, such as the rogue’s Expertise feature.

Characters can still use weapons, armor, or tools, and attempt skill checks or saving throws they are not proficient in. They just won’t be as good at them. That’s all a proficiency bonus is: a measure of how skilled a character is at something.

Most people understand how to use the proficiency bonus with ability checks, saving throws, and to determine the saving throw DC of spells. But players and DMs alike struggle with how proficiency works with attacks.

The proficiency bonus represents the character’s skill. If you keep that in mind, then it makes sense to use it to determine if they can land a hit, but not for the actual damage dealt from the blow. 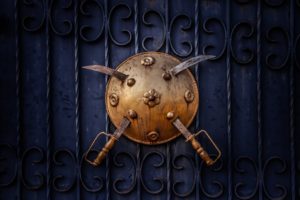 It’s common in fantasy artwork to depict the hero ferociously attacking with a weapon in each hand. But a quick glance at D&D 5e’s rules will make you think that wielding two weapons is pointless for a player character. After all, unless they have a class feature that allows it, a character only has one attack action per turn.

Although that’s true, there is still a way within the D&D 5e rules to use two weapons. It is first described under the light weapon trait. Weapons with the light property are “ideal for use when fighting with two weapons” (PHB, p. 147). Then, on page 195, there is a short paragraph on Two-Weapon Fighting.

You can rationalize this by remembering that most people have a dominant hand. The character attacks with their dominant (stronger or quicker) side first, but then uses their non-dominant (weaker or slower) hand for the second attack.

This damage limitation for off-hand attacks holds true even if a character has the Dual Wielder feat. Along with an AC bonus and the ability to more easily draw or stow two weapons, the feat merely allows you to use Two-Weapon Fighting when one of the weapons doesn’t have the light property. It doesn’t say anything about being able to add your ability modifier to the bonus action attack.

Another often overlooked or misunderstood part of Two-Weapon Fighting is that the bonus action attack does not have to be against the same target. It follows the “Moving Between Attacks” rule (PHB, p. 190). This was confirmed by Jeremy Crawford, the official Wizard’s of the Coast D&D rules guru (https://twitter.com/JeremyECrawford/status/). 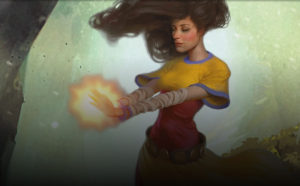 Spellcasters have a myriad of rules to navigate. They must choose spells from a long list of options, while also paying attention to their effects, components, duration, ranges, and casting times. With so much else to worry about, it’s understandable that many people confuse the rules for casting more than one spell on a turn.

However, it’s not that simple. The rule is found within the explanation of bonus action casting times (PHB, p. 202). A character can absolutely cast more than one spell on their turn, but they must abide by two limiting factors: one must have a casting time of “one bonus action”, and the other must be a cantrip.

Considering that each round of combat is only six seconds of time within the game, the limitations make a little more sense. Even the best spellcaster can only grab material components, speak, and wiggle their fingers so fast.

If that feels too limiting for your game, consider using the feat that Critical Role’s Matt Mercer created for their group, called Spelldriver. It shifts the limitation from a cantrip to spells up to 3rd level and is recommended for characters of at least 8th level. It can be found in detail in the Tal’Dorei Campaign Setting book. 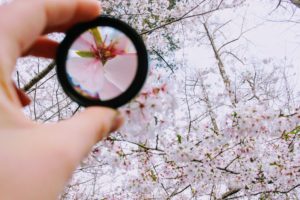 Photo by Jenna Hamra from Pexels

Continuing with the spellcasters, the most commonly forgotten rule (at least during my games) is Concentration. The actual rule is straightforward (PHB p. 203). Many spells require the caster to maintain concentration. A caster can only ever concentrate on one spell at a time, and normal activity, such as moving and attacking, doesn’t interfere with concentration. However, if the caster is incapacitated or killed, concentration is automatically lost. If the caster takes damage, there is a chance they will lose concentration.

From my experience, the DM and players remember that you can only concentrate on one spell at a time and that if you are incapacitated or killed the concentration ends. What often gets skipped is the check when a character takes damage.

A concentrating character who takes any damage, even as little as 1 point, must make a Constitution saving throw. The DC equals 10 or half the damage that was taken, whichever number is higher. This check is not done once per round, either. It should be done whenever the character takes damage. So, if a wizard is hit with an arrow, a claw attack, and a magic missile on the same round, they must roll the Constitution saving throw three separate times.

There are several ways to help everyone at the table remember to make those concentration checks. You could have a specific token, coin, die, or even just an index card or sticky note that the player puts on their character sheet. I’ve heard of a DM who required the player to wear a special hat. For my games, I place a colored hair tie on the miniature. You can get a pack of 60 for around $5. 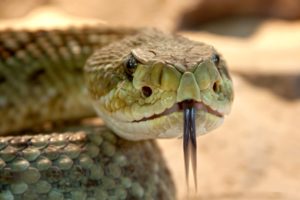 During combat, it is assumed that everyone is looking for a chance to strike their enemy. This is reflected in the rules by the Opportunity Attack (PHB, p. 195). If a hostile creature that you can see moves out of melee range, you can use your reaction for that round to make one melee attack against that creature. This is true for both DM controlled creatures and player characters.

It is also important to note that only visible creatures provoke opportunity attacks. So, if a creature turns invisible, they can move away without risk. Opponents cannot perform opportunity attacks against creatures that move due to teleportation or when the target is moved against their will. It only triggers against a target who willingly uses their movement to leave the melee range of their opponent.

New players often forget about opportunity attacks, so be a kind DM and remind them if they will accidentally provoke one from an enemy or if they have a chance to get a shot at their opponent.

The Dungeon Master should strive to be the group’s rule expert. Constantly flipping through the rule book will stall the momentum of your game, and unintentionally breaking the rules could lead to bigger problems later. Don’t let your game be swallowed by disengagement and frustration. Save the oozing for the gelatinous cubes.

A guide to Hexcrawling, Part 1