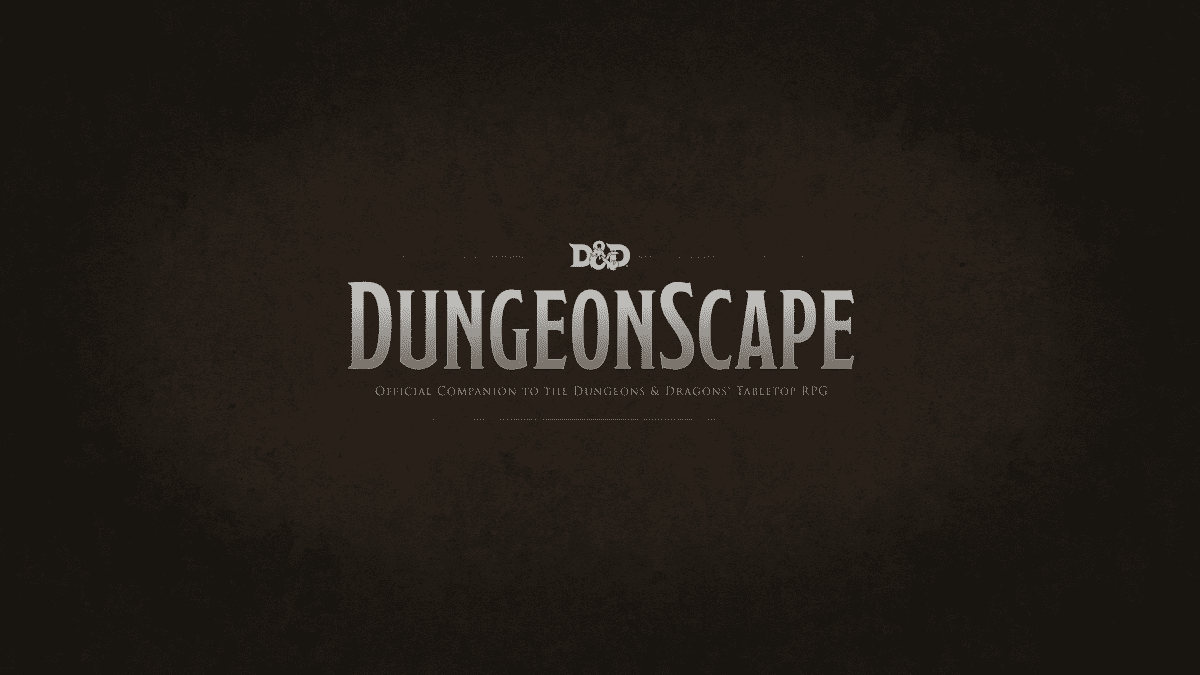 So Trapdoor technologies is pulling the plug on the Beta testing, and won’t be working with WotC to develop Dungeonscape. Wizards has stated they have ended their relationship with Tradoor. Not sure exactly what happened, except I think someone isn’t happy with how things are progressing. I think they were just fired, and possibly going into legal dispute mode.  I just got my Beta Invite!

“Wizards of the Coast and Trapdoor Technologies will no longer be working together to develop DungeonScape for Fifth Edition D&D, and we will not be releasing the product in its current form. The beta program on all platforms will be shutting down at noon (MST) on Friday, October 31.

Although we can’t reveal all of the details regarding the future of DungeonScape, we are happy to say that there is indeed a future—so fear not!

This project, 100% internally funded, conceptualized, and built by our talented team at Trapdoor, has been a labor of love from the very beginning. We set out to change the way RPGs are played at the table—making our game night more about enjoying the adventure than searching for rules. We still hold true to that quest. We believe that our Story Machine™ is a powerful tool for converting information into something more useful and rich.

We’re working hard to solidify the details of what’s next for DungeonScape, and we’ll share that information with you when it’s appropriate.”

So they basically will aren’t going to be able to finish, as they have said on their twitter account: “…We will not be selling D&D products.”
https://twitter.com/DungeonScape/status/527678650531864576

Also, if you happened to be at GENCON 2014, and they took your name down because they forgot to bring SWAG, and promised to send you something later.  Well, guess what?  They aren’t sending anything to you.  I’m thinking their money is going to be tied up in other areas.

From the Beta Support, here were the last status update on Dungeonscape:

Known Issues (Not ready for feedback/bugs)

As you can see they weren’t very close to having a solid product.

“Wizards of the Coast has ended its relationship with Trapdoor Technologies and their DungeonScape application. If you participated in the beta and have questions regarding the application itself, please contact Trapdoor directly.

It’s never easy to end a relationship with one of our business partners, but we remain committed to creating great tabletop and digital gaming experiences for Dungeons & Dragons players and DMs around the world.”