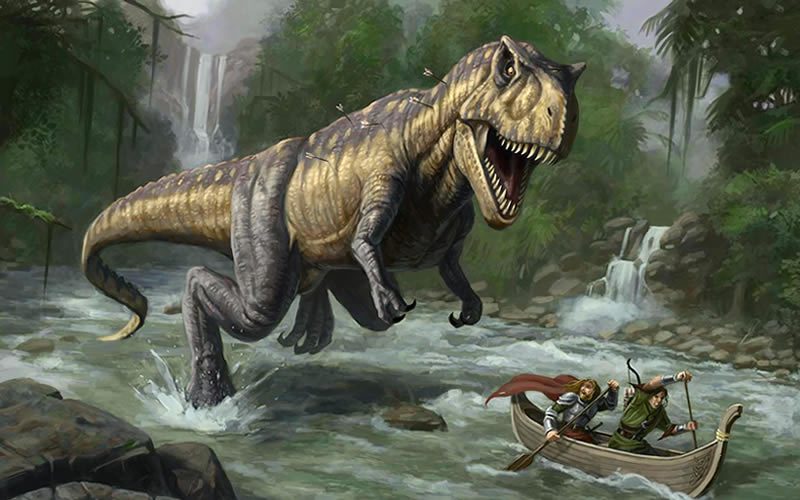 Have your adventurers found themselves lost in a land before time? Were your adventurers asked to visit an island zoo filled with dinosaurs? Are you interested in running a campaign set in prehistoric times? Maybe you are just wondering how you can fit dinosaurs into a fantasy setting.

Adding dinosaurs (also called behemoths) and other prehistoric flavored creatures to an adventure can provide a fun challenge for lower level and mid level PCs. The monsters in this article have challenge ratings in the single digits, so you would have to re-purpose a dragon, Tarrasque or other larger monster to provide a challenge for a party of high level PCs. Another way to increase the challenge of prehistoric monsters would be to put them under the control of tougher NPCs with magic abilities such as a tribal shaman.