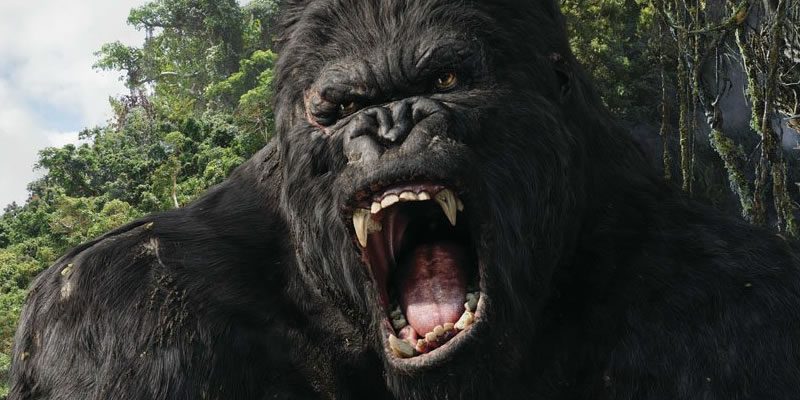 Are your adventurers lost in the jungle while looking for that lost temple? Did you send them into the jungle with a treasure map? Let us do the work for you.

My players are currently exploring a jungle island and I needed to find some monsters, beasts, NPCs and traps to throw at my players. This article provides monsters from the Dungeons & Dragons 5th Edition Monster Manual and some traps that I think fit well in a jungle setting. As I was preparing for my next session, I thought I’d share some of my favorites from the  jungle. I see a jungle as setting that can be as dangerous as the monsters that live in it with trees and vines coming to life, quicksand, spiked pits and more.

The D&D 5th Edition Monster Manual provides lists of Monsters by Environment in Appendix B. While there is a Forest Monsters list, there’s no specific list for Jungle/Tropical Rain Forest. This list contains many beasts and is a focused towards challenging lower level characters, but there are some tough monsters here too.

Challenge Rating: 1 | Homebrew
The regular ape has a CR of 1/2. For my island, I needed smart apes from a society with agriculture and metallurgy. My players have started to encounter these apes after the mysterious kidnapping of most of their ship’s crew. These apes are not quite as strong as regular apes, but they can still climb and multiattack.

Challenge Rating: 1/8 | Monster Manual page 350
When encountering tribal warriors it might be fun if they don’t speak Common, creating the chance for interesting social encounters using hand signals and body language to communicate (when they are not throwing spears at your players). You could also use Commoner, Priest, Scout or any other NPCs for the base of a primitive person. You could even have your players be members of a tribe in a primitive campaign, by having them adjust their starting weapons and armor. For added fun turn them into cave people, Aztecs, cannibal halfings or ape people.

Challenge Rating: 1/8 to 2
Snakes come in regular and giant size and the jungle is full of them. I had a giant poisonous snake just drop out of the trees into the middle of my players. You could also use poisonous snakes to fill the bottom of a pit trap. Giant constrictor snakes are a decent challenge for starting players at at CR of 2 and a piercing Bite and bludgeoning Constrict attack which can grapple your players.

Challenge Rating: 2 to 8 | Monster Manual pages 79 to 80, Volo’s Guide to Monsters pages 139 to 140
Dinosaurs are awesome and if you are looking to get a Land of the Lost type feel, a Tyrannosaurus Rex crashing through the jungle does the trick. Your group of adventurers is traveling through the jungle and finds a huge T-Rex crashes into the forest clearing bearing its massive teeth. Have Pteranodon fly over your players and have them try to figure out what it is as they chase it to a valley filled with dinosaurs. For even more prehistoric ideas check out D&D 5e Monsters for a Prehistoric Encounter.

The Monster Manual has five dinosaurs (and Volo provides seven more) you can send out for a jungle encounter, but you should have a reason for the dinosaurs being there. Are you running a prehistoric campaign? Are you players exploring a lost world? Are the dinosaurs the creation of an insane magic user? Maybe dinosaurs never went extinct and raptors are bring used as mounts by halflings (like in Eberron). If you want to go full Jurassic World, check out my homebrew Velociraptor and Indominus Rex monster builds.

Challenge Rating: 2 to 22 | Monster Manual pages 93 to 96
Green dragons are cunning, treacherous and nasty. A green dragon would be right at home in a lair located in the center of a jungle shrouded in acrid fog. They are also known for taking both living and material treasures to their lair. With four dragons to choose from you can have your adventurers battle a green dragon before they are super heroes.

Challenge Rating: 0 to 1 | Monster Manual pages 335 & 338
These piranha-like carnivorous fish have sharp teeth, but are not a challenge individually. If a player was to fall into a river,  a swarm of these could be a challenging or even deadly trap, especially with advantage from Blood Frenzy and a ton of damage resistances and condition immunities.

Challenge Rating: 7 | Monster Manual page 323
What is a land of the lost without King Kong? Send out this huge beast for an awesome solo battle. For an encounter to remember, give your giant ape somewhere to use its climbing ability (climb 40′) and its +6 strength to grapple.

Challenge Rating: 1/2 to 4 | Monster Manual pages 204 to 205
These primitive reptilian humanoids are usually found lurking in the swamps and jungles. Lizardfolk can be used as dinosaur people (like Dragonborn) or they can be left as themselves to create a primitive tribe to battle. With their ability to use magic, they can provide a threat that is more than just physical. They often worship dragons, so they could worship predatory dinosaurs or a green dragon. With stats for three types of Lizardfolk, they can easily be used as the primary threat in your jungle.

Challenge Rating: 5 | Monster Manual page 324
The giant crocodile is more stealthy than its smaller cousin and it can hide underwater for 30 minutes just waiting for a passing adventurer. With a multiattack that includes a bite (and grapple) and attack with its tail – this beast can keep a party of adventurers busy. Just a couple of these huge beasts could present a deadly challenge, especially if the crocs got the jump on the adventurers with a surprise round or if they drag a grappled foe underwater.

Challenge Rating: 9 | Monster Manual page 289
These awakened trees are most likely found in ancient and magical forests. Adventurers should be careful not to cross these guardians who can call on the forest itself to ensnare and attack enemies. You could create a tribe of massive treants made of jungle trees covered in vines. They could even be worshiped by local tribes or a powerful shaman.

Challenge Rating: 2 | Homebrew Monster
The Carnivorous Plant is a type of living foliage that looks like a giant plant. Its head resembles a giant Venus Fly Trap with teeth, but is reddish-purple in color and it has 2 long, arm-like tendrils. This deadly plant remains motionless until it detects a creature within range using its Tremorsense or Blindsight.
View full write-up and stats for Carnivorous Plant

Challenge Rating: 4 | Monster Manual page 43
For an Aztec feeling jungle setting, try out a couatl with some pyramids, tribal warriors (bump up their stats!) and jaguars (see Panther). The name ‘couatl’ is a reference to Quetzalcoatl, an Aztec god, sometimes called ‘The Plumed Serpent’. Adventurers that encounter one of these ancient monsters will have to deal with changing shape and being bitten/constricted.

Check out the lists of Monsters by Environment starting on page 302 of the Dungeon Master’s Guide.

Here is a small selection of traps and hazards that fit well in the jungle. You can create your own like a rushing river, plants and or vines attacking and more.

I looked to Pathfinder’s Core Rulebook for some ideas on how to use quicksand as an alternative to what is found in the Dungeon Master’s Guide.

See page 122 of the Dungeon Master’s Guide. A trip wire across a path can set this trap off or you could convert the trap to release from underneath and suspend your adventurers like in Return of the Jedi.

See page 123 of the Dungeon Master’s Guide. Poison darts could be set by ape people or tribal warriors and triggered with a trip wire versus pressure plates. This could be converted to a spear trap as well.

See page 122 of the Dungeon Master’s Guide. Of the four pit types from the DMG, the Simple Pit, Hidden Pit and Spiked Pit will all fit well in the jungle. The Locking Pit would be better placed when emerging from the jungle into ancient ruins.