Get to Know the Merfolk 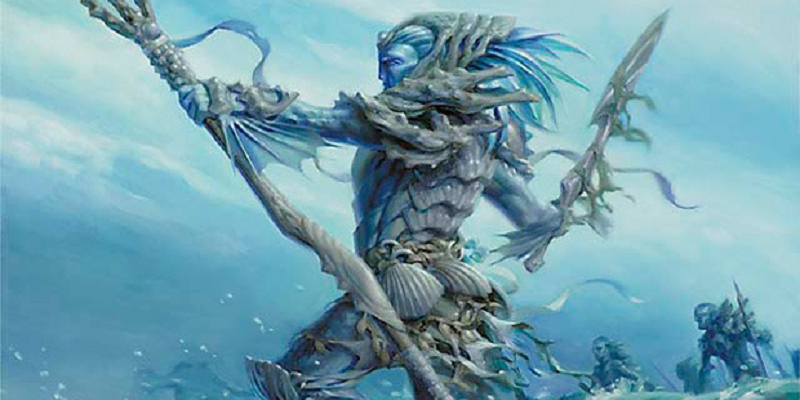 It might seem like just a few days ago, I was talking about spooky creatures and practices in honor of Halloween. Well, now Halloween is behind us, and our next holidays in the US are Veteran’s Day and Thanksgiving. To that end, I will be covering the wide variety of militaristic and martial turkeys that dot the Dungeons & Dragons landscape. We’ll first cover the turku, a kenku variant, and then move into the gonzo stuff, like the turketaur and the turkesaur. Just kidding, let’s talk about merfolk.

Unlike a lot of the stuff I have talked about, merfolk actually appear in the original Dungeons & Dragons set back in 1974. They even got a second release when Blackmoor was released in 1975. Their place as aquatic trailblazers was cemented in 1977, when they appeared in the first Advanced Dungeons & Dragons Monster Manual. They appeared again in the D&D Expert sets released in 1981 and 1983, but saw themselves relegated to a lower league after performing badly a few seasons in a row. I blame bad management and coaching. I’m just kidding, of course, but I would totally watch the weirdness that would be merfolk soccer. They probably play water polo, but I’m not rich enough to know anything about the inner workings of professional water polo, so I will stick with joking about soccer. 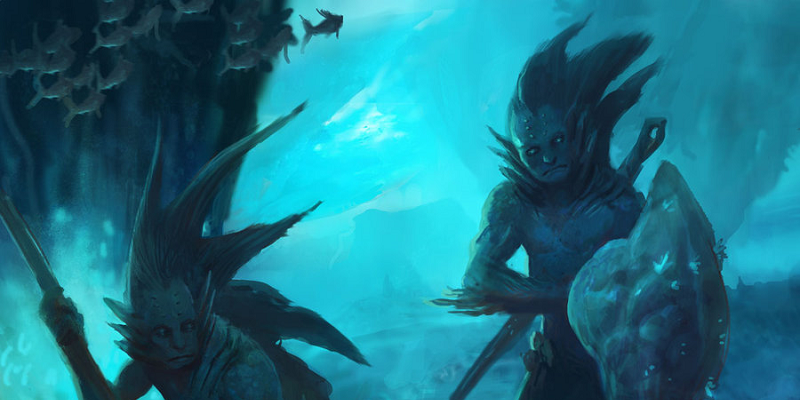 Anyway, they fall to the Advanced Dungeons & Dragons Monstrous Compendium Volume Two, published in 1989, rather than making the first round cut. However, when the Monster Manual is released in 1991, they find themselves included. They were also included in the Rules Cyclopedia of the same year. Surprisingly, it took until Dragon #250 in 1998 to include merfolk as a playable race. I know sea and ocean based campaigns are fairly popular now (I know about three without really searching to see what my friends and acquaintances are doing), but maybe they weren’t as popular back then. I don’t know for certain — this is entirely idle speculation. The merfolk round out second edition by featuring in Sea of Fallen Stars, a region supplement for Forgotten Realms, in 1999. By the time third edition rolls around, the merfolk are back on top, and see inclusion in the initial Monster Manual in 2000, and in the revised 3.5 Monster Manual released in 2003. In a massive departure, they don’t seem to appear at all in 4e, that I could find readily, at any rate, which left a merfolk-sized hole in the hearts of many players. Let’s be real, though. The lack of merfolk is hardly the thing that made any player like or dislike 4e, but dropping something with that much storied history probably didn’t help. Luckily, 5e brings them roaring back, in an entry I like very much. As a bonus, we also get the merrow!

Merfolk have typically been depicted in D&D as appearing human or elvish with beautiful features, and having a fish tail from the hips down. They are amphibious, but are generally marine creatures. They tend to be neutral in alignment, caring not for the plight of those who dwell on the land above. Most are not violent or prone to combat, instead relying on a hunter/gatherer societal structure, though I am sure there is a rich underwater agrarian culture there, too. Merfolk are largely tribal, though there are mentions of kingdoms here and there. It’s canon in 5e that merfolk lack the materials to craft weapons, keep lore, or build large structures, keeping them firmly in the primitive arena (check out Rich Howard’s version of merfolk as a race for 5e here). Instead, they are pitched as more mysterious and ethereal, living in sunken ruins, ship graveyards, underwater caves, and coral mazes (which sounds amazing, now that I revisit it), relying on bioluminescence to provide light. There is also some text here mentioning how merfolk shape the rockbed to craft buildings, and make spears out of found materials, which seems to contradict the earlier information to some degree, but I assume this is a matter of semantics more than mistake.

Merfolk have traditionally worshipped the god Eadro, an elemental god of living water, able to take the shape of anything Eadro damn well pleases. Eadro is a member of the asathalfinare, a pseudo-council of deific underwater equals, of sorts. Eadro hangs out with Deep Sashelas, Persana, Surminare, and my personal favorite, Water Lion, among others. Deep Sashelas is really an elven deity, Persana is a triton deity, Surminare is a selkie god, and Water Lion… well, Water Lion is a giant part lion, part fish, entirely made of thick water dude that hates sharks, is probably a trickster, and is also a manic depressive. What the hell, Water Lion? Anyway, the  asathalfinare oppose Panzuriel, an ancient kraken-dude god, and his followers: sahuagin, ixitxachitl, and sharks. Eadro’s sacred animal is the jellyfish, and he largely only seems to care about merfolk and locathah, his two chosen races. He purports growth through unity, but knows the two races would war with each other, given the opportunity, so he works to prevent that. 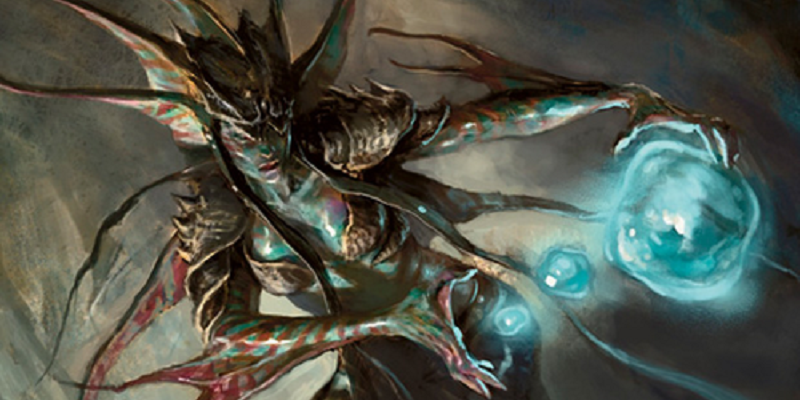 There are a few merfolk variants that are worth mentioning, but I will stick to two of them right now: the aforementioned merrow and tritons. Merrow were merfolk who found an idol to Demogorgon at the bottom of the ocean. This society of merfolk were ruled by a king, and when the idol was discovered, the loyal subjects brought it before their king. All who touched the idol went insane, spending great energy to get others to touch the idol and spread the insanity. The king ordered a gate to the Abyss be opened, and sacrificed countless merfolk in order to perform the blood magic necessary to do this. The king and the rest of the kingdom went through this portal into the Abyss, becoming followers of Demogorgon in earnest, and mutating as time passed, warping these merfolk into the monstrous merrow, which are basically just like more fish-monster merfolk.

Besides the merrow, we also have the tritons, who are basically extraplanar merfolk. They appear more elven in features, but have direct lineage to the elemental plane of water. They are able to call elementals or other water creatures into service. Tritons are much more militaristic than merfolk, and often engage and oppose the sahuagin in armed conflict. This is really all that separates them from merfolk. I think you can comfortably combine tritons and merfolk without too much real issue. The merfolk have a loose structure to begin with, so having tribes that are more militaristic wouldn’t be too far of a stretch. However, we continue to have tritons up through third edition (remembering that 4e saw a lack of aquatic creatures), including a release of a playable version of them.

Maybe I am off base here, but it seems to me that this rolls in easily enough. It’s always a tricky subject, I get it; so much about D&D comes down to a balance between innovation and tradition. Tritons were introduced back in 1975, not long after the merfolk themselves, and were something of a setting-specific introduction at the start.  There are probably some people who are very invested in tritons. I just think it should probably be rolled into one thing, as they are so similar.

So there you have it, a brief history of merfolk. I had planned on getting into some of the historical and mythological explanations, but frankly, I don’t have the space. There is enough going on with merfolk in D&D, particularly when you look at gods, variants, and close kin, that I didn’t want to do their history a disservice. If you take nothing else away from this article, remember that Water Lion is a real, canon thing in D&D. I can’t express how happy this makes me. Every so often, the gonzo meets lower fantasy and amazing things happen. Really though, I’m excited about all of this stuff because the game I run has a lot to do with water, and the players all decided that the water was the curse of their family. I love it when people make my job easy.

Give the merfolk a chance. They are have been around a long time, and they have a pretty cool history, coupled with some really good variants and a fairly rich religious background. Water content isn’t for everyone, but look into it and I doubt you will be disappointed.

Get to Know the Death Knight