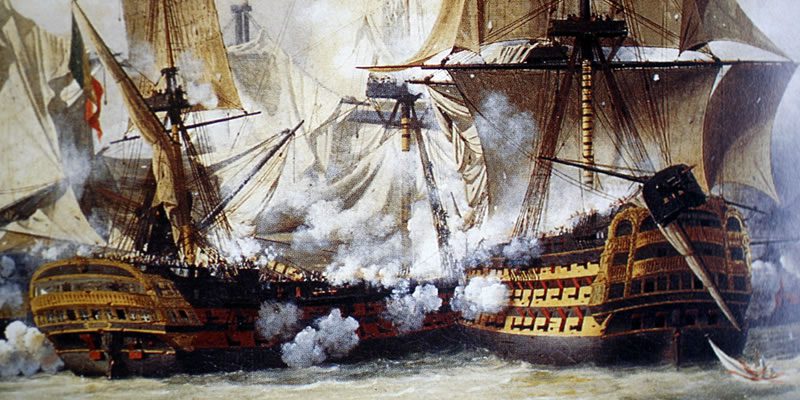 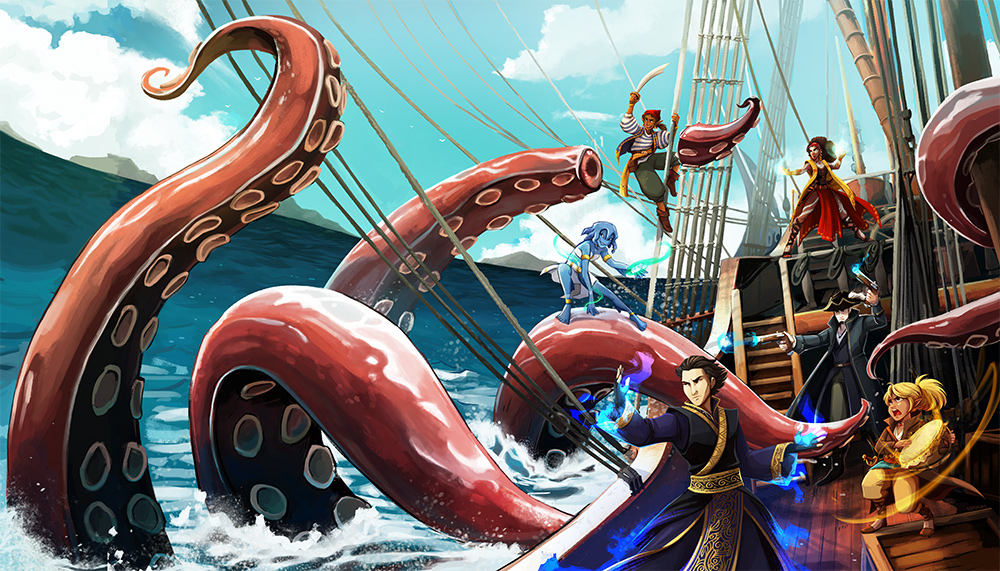 For my homebrew seafaring campaign setting (called Vodari), I needed to create a way to run naval battles for the 5th edition rules of D&D. I wanted something that fit into the elegant simplicity of 5th edition, versus adding a bunch of complicated math to run sea battles. Part 1 of this series covered basic naval combat. This article continues the series and digs deeper, providing more naval combat rules ideas and examples. Pick and choose what works and add your own rules. Create the type of naval combat your want to run, whether its a tactical grid  battle or more of a narrative challenge where your PCs determine the outcome of the battle.

Setting Up a Naval Battle

Before a sea battle can start the following must be considered. This was covered in Part 1, but I have included it here again with more details.

It would be pretty boring to have your players sitting around during the combat while one person does all the work. This was covered in Part 1, but I have included it here again with more details.

On the ship’s initiative all players can use their turn to complete an officer action.

Let’s have the PCs be part of a pirate crew and let’s give them all a job. Assign them jobs such as:

This was covered in Part 1, but I have included it here again and I have added a light cannon to the mix.

Let’s revise the example from Part 1 and try adding in some pilot checks. For this example the scenario is a pirate vessel is chasing a merchant ship towards a storm. The merchant has very bad luck on its rolls to speed through combat.