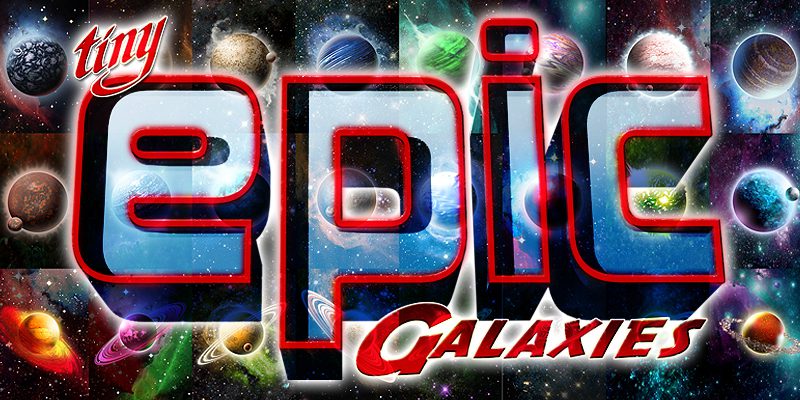 I found this cool kickstarter last week and quickly became a backer of this game that just recently started January 8th. It was created by Gamelyn Games, and the kickstarter ends in 23 days. Gamelyn Games have had several kickstarters along the same tiny games vein, and this will be another winner.

They have raised an outstanding $225k of their starting $15k goal. The backers have busted every stretch goal with one more $250k stretch goal currently remaining for adding 5th player components. 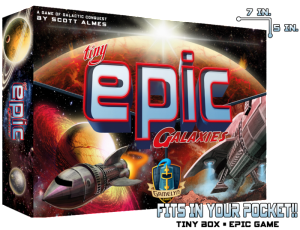 *Kickstarter Limited Exclusivity – Deluxe content will not be available through regular distribution. However, it will be available in limited supply at conventions, through contests, and online at the BGG Promo Store.

Here is a description of the game mechanics from the kickstarter:

In Tiny Epic Galaxies, each player controls their very own galaxy! From which they will develop their empire by managing resources, expanding their fleet, colonizing planets, and exploiting their enemies’ position.

The game runs on a clever dice combo-ing mechanic; players roll for their actions and choose the order in which to take them. This can lead to big “pay-off” turns, especially when combo-ed with planet abilities!

Throughout the game, players spend resources to upgrade their empires, re-roll unwanted dice, and even follow the actions of other players’ dice!

Players will accumulate power (victory points) based on the level of their empire, as well as for successfully colonizing planets. When a player has reached a power of 21 or higher, the end of the game is triggered.

Worried that rolling dice may lead to too much luck!? Don’t worry, we’ve got you covered. Here are 5 mechanics we have in place to mitigate the luck element:

The dice in Tiny Epic Galaxies bring excitement to the game, not lack of meaningful decisions.

And check out the Tiny Epic Galaxies Kickstarter for yourself, it is very awesome: