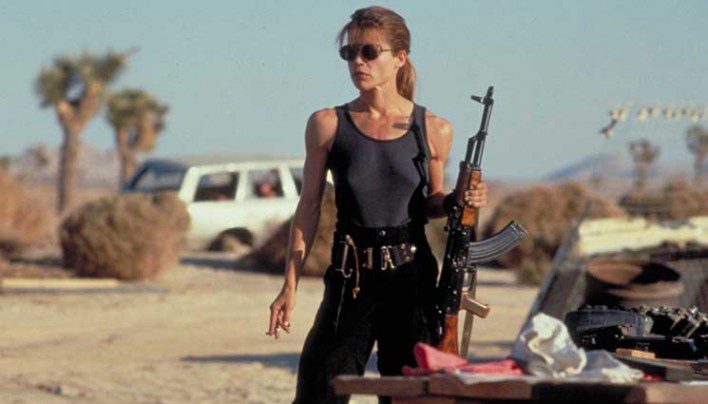 A survivalist game should feel dangerous, hazardous, and one wherein basic necessities (food, water, shelter) are things to be coveted and worked for; that there are more than monsters to be afraid of and that starvation, dying of thirst, or being felled by untreated injury are all major concerns and likely fates for their characters. The players should feel that their characters are isolated in a threatening world. And, to be focused on survival means that living through the day is not guaranteed.

More than anything, a survivalist game should feel deadly and in ways that players might not otherwise expect or prepare for.

So how can you make your game feel more appropriately survivalist? Advice and suggestions after the jump.

If you’re doing to set a game in a survivalist scenario, you have to dispense with two concepts that are central to traditional game design.

First, the reliance on ‘appropriately scaled encounters.’ For most games, when exploring a dungeon, or mad scientists lab, or genre hazard of choice a party of adventurers can usually assume that they can overpower/get past the things they encounter. This is even clearer in video-games, which often have adjacent ‘zones’ with threats of radically different levels existing side by side (which you often learn via painful death and reloading a save game immediately after an ignored warning – I’m thinking about my attempts to sneak past the Deathclaw infested mine in Fallout: New Vegas). To simulate the feel of a life and death survival situation, there should always be ambiguity as to whether that zombie horde, or that seemingly small group of marauders are not in fact way more than the party should handle (although there should be clues based on descriptions, and what the party has witnessed before).

Secondly, the notion of discrete encounter chunks. For instance, in standard D&D dungeons are presented as discrete rooms with challenges/monsters that are normally isolated from the rest of the complex: in this room you fight half a dozen orcs, in this room you fight a kobold alchemist, in this room you fight a slime. This is perhaps a subset of the intention to craft appropriately scaled encounters. But, in a survival situation, there’s always risk of reinforcements/other dangers giving every encounter added risk, perhaps more than they can handle. Using weapons make noise that attract enemies, the odor of bleeding wounds brings sharks from miles off.

Stress the isolation the characters face; there is no one else to call for help, they are on their own.

Character’s ability to get new supplies/replacement goods is severely limited; and more often than not they must make do/improvise. Gear degrades and even breaks over time.

You can even simulate fatigue and stress by taking into account how much combat the characters have been in, how many people they’ve seen die, how long it’s been since they’ve bathed or had a hot meal, how much sleep they’re getting and how much exertion they go through. (I’ve heard torchbearer/burning wheel has some elegant mechanics for this.) While it’s probably a bad idea for the GM to take direct control of characters, elements like nightmares preventing them from getting proper rest or a lessening of their saves against fear or compulsions can help players feel the gravity of their character’s situations.

To be in a survival scenario is, essentially, to know that you are not safe. That people are unlikely to come to your aid if you call for help. To be alone with yourself, your party, or your tribe in a world that is -at best- indifferent to your survival and at worst actively antagonistic to your existence.

Was this article helpful to you? What mechanics have you used to stressed the difficulties of survival in your games? Sound off in the comments and if you liked this post be sure to share it!