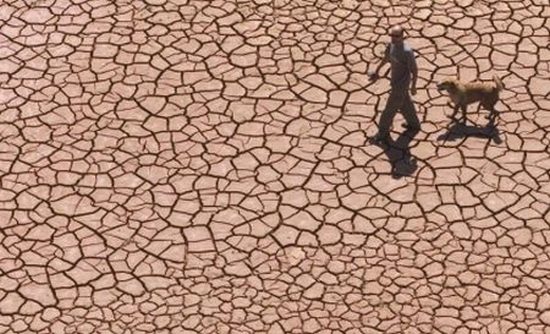 …and not a drop to drink. In real life survival situations, securing an adequate supply of water is perhaps *the* most important consideration (sometimes eclipsed by the need for shelter depending on environment). You can live around a month or so without food (with some steep drop offs in functionality throughout that time), but water you get at most a week and that’s in a perfect climate without needing to exert yourself aka not the reality for real life people in survival situations and/or characters in a game.

So let’s discuss how an increased focus on the realities of water can improve your role playing game.

First a disclaimer: If taking water into consideration would make your game less fun, then by all means don’t bother. But making water into a real concern can be a great way to add verisimilitude and another tool to help direct player behavior (via both carrots and sticks). Not to mention, having a lead on water realities can be a great way to give your character skilled in survival time to shine.

Dying of thirst would not be pleasant. Early symptoms of dehydration include:

After a day or two without water, (or a few days with inadequate water) a GM could easily make the characters nauseated, giving them a severe disadvantage to any roll (attack, skill, or other) they wished to make.

At this point, the characters would be considered disabled – unable to take any regular actions or only able to do so at tremendous cost (like falling unconscious immediately after and being at risk of dying).

Now, assuming you don’t want these things to happen to your characters, how do you acquire the water to avoid it?

Assuming the characters are not in a city and or can not produce water via extraordinary means, securing or carrying adequate water is a huge consideration. Best case scenario (no exercise, ideal climate) [human] characters should be drinking about two quarts of water a day (camel human chimeras potentially much more). Add in exercise and a hot or cold climate (yes you should drink more water when it’s cold) and characters should be drinking a gallon a day.

For reference, a gallon weighs a little over eight pounds. Which means that a character who planned on visiting a ruin two weeks march away from their home would need to carry 240 pounds of just water. Animals can help, but they too need their own water (and thus the importance of camels in a desert campaign). In summary, every character should carry water, but it’s not a long term solution.

For large parts of the world (and -one assumes- other worlds) freshwater features like streams, rivers, springs, wells, ponds, and lakes provide a potential source of water. The first concern is how to fine these features. The second concern is the work that must be done before characters can drink it.

Conventional wisdom holds that running, clear water is generally safe to drink. This isn’t true, and if you have any kind of choice you should still be purifying your water (although if you have to drink something without treatment, better clear running water than brackish sitting water). Generally, you have two jobs with water; filtering (physically straining out the things you don’t want) and disinfecting (killing any microbes you don’t want, usually by boiling).

There’s also the potential for desalination but this is usually much more time + energy intensive than treating fresh water (you have to evaporate the water and then catch it in such a way that it doesn’t mix back into the salt water).

Alternately, if no freshwater source can be found, characters could collect water. The easier way to do this is catching rainwater – usually via large slanted surfaces running into a catch (classically, rooftop runoff flowing into gutters and rain barrels). The harder method is catching dew/condensate, which relies on the same principles but also needs to take into account temperature differentials (ie, dew tends to collect around colder objects; plastic, metals, and sometimes plants). The advantage of these methods is that they generally don’t require treatment but (depending on environment) yield only a little bit of water.

Staying in the City

Another strategy to ensure adequate water is for characters to stay in and around a city. This works well until the water is mysteriously fouled and rendered undrinkable. Which perhaps launches the characters into a desperate investigation quest as to how to restore it. Cities without their own wells are extremely vulnerable to cutoffs of their water supplies.

As with many of the real world survival concerns, implementing water scarcity in game may diminish fun for some groups. However, understanding these issues creates the potential for plot hooks and unexpected adventure; adds verisimilitude and engagement in the game world. Are you going to start thinking about water differently in your game? Have you played in a game where securing adequate water was a serious concern? Sound off in the comments, and tell us all about it.