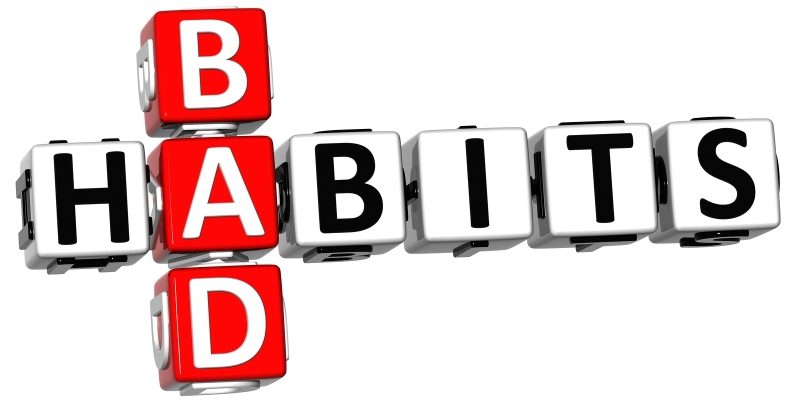 All DMs make mistakes and pick up bad habits from time-to-time. It’s natural and mostly unavoidable when dealing with live PCs and complex game mechanics. The trick is to admit when you’re wrong, fix the damage, learn from the experience, and move on. Unfortunately, some DMs occasionally go too far or are not willing to admit when they are wrong. This compounds their mistake or bad habit and can force them into a corner that requires the situation to get even worse before it can get better. You can call these instances epic fails, or deadly sins, or selfish moments, or whatever you want. The point is this: recognizing and accepting these mistakes/habits are the DM’s keys to solving them.

I’ve been on both sides of the screen, so to speak. I spent the first two years of my D&D life as a player running around in the Forgotten Realms, DragonLance, and Dark Sun settings. Then I decided to take on the mantle of a DM and that has lasted (almost uninterrupted) until the present day, a period of more than sixteen years. I’ve only recently, since the release of 5th Edition, delved back into the role of a player and I can honestly say that the mistakes that a DM can make are mountains next to the mistakes a player can make which are molehills.

So, with all of this being said, I have noted five major mistakes or habits that are quite easy for DMs to make/pick up. While these mistakes/flaws/habits can have positive merits in the right light, they are often overblown or delivered in a negative manner. Players will frequently view these habits as harmful to their experience and this could lead to them losing interest in the game or perhaps leaving it altogether.

(In no particular order)

Many bad habits start out as positives. That is to say that the road to hell is paved with good intentions. And when it comes to Monsters and NPCs, most DMs want theirs to be impressive and memorable. A lot of time, effort, and thought can go into a Monster or NPC; especially when they are going to be the centerpiece of the story or perhaps the main villain. Regretfully, and more often than many of us would like to admit, a DM can become over-attached to their creations. This is in itself not a bad thing but can easily lead to many negative situations. Suddenly the DM begins to break the rules or make up new ones so the NPC or monster can be even greater/cooler/scarier; maybe the DM starts to change the storyline of the campaign to revolve around their character or creation rather than the PCs; and also the situation might arise where the players are suddenly saddled with an extra character or creature in their party they don’t want but the DM does.

This is a Dictatorship, Not a Democracy

In some ways I agree with this statement when it comes to D&D, and in other ways I disapprove. When it comes to final decisions and settling disputes, the DM often needs complete authority. You really shouldn’t have three different players interpreting a rule three different ways. However, when it comes to laying out the storyline or deciding what the characters are going to do and where they are going to go, the DM needs to realize that they are just one part of the larger machine. It might be necessary for them to take a back seat to the will of the group and let the chips fall where they may. Holding onto control of the storyline too tightly traps players onto a set path with no room for improvisation and imagination. DMs that do this run the risk of alienating players who thrive on their creativity and opportunistic natures. I believe that the DM’s purpose is to guide, give advice, and offer suggestions as opposed to making hard statements and dictating terms;  while at the same time, DMs also need to provide their players with a dynamic, flexible, and interesting plotline to follow at their own pace and discretion. This should always be a give-and-take relationship with both sides having their respective moments.

It’s almost like you can’t go on the internet these days without bumping into a rules lawyer meme or caption. Lots of folks know that being a rules lawyer is not a good thing, but when it’s the DM the situation is twice as bad. These DMs like to know all of the ins and outs of the game and can usually cite dozens of obscure rules or options off the top of their head. This can be a good thing, particularly when it can save the group time and effort looking things up or making a decision. It can also be useful when players are trying to min/max their characters and the DM needs to put his or her foot down. However, it can become a negative thing when the DM is regularly throwing out rules to frustrate, confound, restrain, or otherwise hinder players. I have often found that this situation arises when the player wants to do something unexpected or random and the DM is looking for a way to stop them. The rules or the interpretation of the rules become a convenient excuse for the DM to shut down the player so the unexpected or random event can be avoided.

Let’s Not Be Hasty

One of my personal pet peeves as a player is when the DM takes things too slowly. These are the guys and girls who want to follow in the footsteps of Tolkien and Robert Jordon and create an epic campaign with phenomenal detail and very long-term goals. Again, there is nothing wrong with that except when the pace is so slow the players feel like they want to go watch paint dry for a little excitement. I understand perfectly the argument for taking the time to do it right, but when several sessions are devoted solely to set-up and character development, I must protest. And this harkens back to a theme that I have spoken out about several times in the past, keeping a good balance between roleplaying and combat. I know some players out there don’t agree, but my feelings are both need to be balanced as much as possible to keep all types of players engaged.

A Series of Random Events

Lastly, I would like to examine the random DM. These are the DMs that have no plans, or abandon their plans at the first sign of resistance or tangent. These are the folks who go to the opposite end of the spectrum from the dictator. The Dictator DM tells their players what to do and where to go constantly and hardly ever let them do random events or create storylines of their own. The Random DM presents the players with the world and allows them to do whatever they want whenever they want. And while some players may find this enjoyable for a time, I do not believe that it is something that should be done throughout an entire campaign or adventure. Most of the players I have run games for, and that’s more than 150 by my best estimate, crave a DM created storyline to go along with their own agenda and narrative. In other words, they want to have their own character with their own goals but they also want to be a part of something bigger and more important than themselves at the same time. So, in my opinion, Dictator and Random DMs need to meet somewhere in the middle. The ideal situation, in my opinion, is a DM created storyline with lots of PC input.