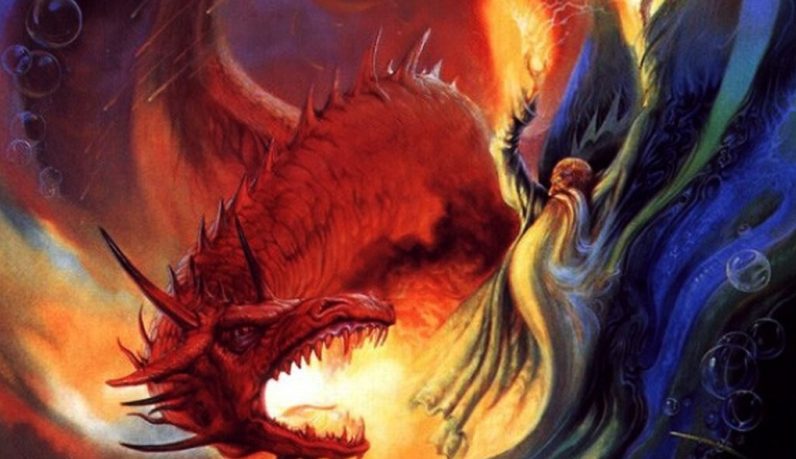 One issue that I hear about often in D&D is the debate on magic. Specifically, how much magic is too much? Well I find that this is the wrong question to be asking. A more accurate question is this: How much magic can you give out without unbalancing the campaign? In other words, where do you draw the line between characters using magic to further their goals and their needs and characters using magic simply because they can?

Frankly, this issue can be one of the hardest lines for a DM to walk. Give out too little and the players may feel slighted or deprived of a key aspect of the game, but give out too much and suddenly your characters are OP and the game becomes much more of a challenge to manage. For some DMs, this has become such a problem that they have become magic minimalists just to avoid any confrontations or petty bickering. The old adage about great power and great responsibility holds very true in this context and both players and DMs alike can have very strong and very different opinions on the subject.

I personally don’t have any issue with a DM deciding that a campaign is going to be “magic light” or that certain kinds of spells/items are unavailable. In some instances, I can certainly see where those restrictions would even be fun, exciting, and flow well with the story/setup of the adventure. But to avoid magic, or the larger part of it, just because a DM wishes to avoid conflict with his or her players or not have to deal with the fallout is a poor excuse in my opinion.

Do mistakes happen? Sure. To coin a phrase, DMs can often experience magica remorsus. This is brought on by handing out an item, weapon, armor, or spell that seems justified at the time but later turns out to be a very regretful action. (Who knew that giving out that +5 Bastard Sword of Orc Slaying would lead to the characters seeking out an Orc stronghold and slaughtering dozens?) But without taking a few chances from time-to-time and making a few mistakes, how are you ever going to know what your players’ magical limits are? How will you discover where to draw the line if you never cross it? Sometimes going too far is the best way to learn.

With all of this being said, I’d like to offer my personal formula for keeping magic reined in during my campaigns. I don’t always follow this outline to the letter, especially if something in the campaign or storyline runs counter to it, but it is a general guideline that is easy and effective to use:

Furthermore, I also wanted to add a few thoughts on another debate that is related: magic for sale, a.k.a. “the magic shop”. This is where characters can enter into a town or a city and usually find a kooky little merchant selling all manner of magic. For some DMs, this common buying and selling of magical items, weapons, armor, and spells is disgraceful and taboo; for others, it is simply the fastest and most efficient way to do business and get your characters the magic that they need.

The argument against magic for sale has its deepest roots in making sure the players have earned their powers. Some DMs want their players to delve into dungeons and fight hideous beasts in order to achieve the right to wear that +3 Chainmail. Some DMs also feel that anything such as an epic or legendary item needs to have a powerful story behind it and only the most worthy of characters will ever get to own one. This is more in line with the worlds of Tolkien and Robert Jordan and I personally tend to fall more into this category because it is so rich with opportunity and chance for storytelling.

On the other hand, the argument in favor of magic for sale is based on convenience and time-management. Maybe a character has been saving up his or her coin for a +2 Holy Bow for several levels and they’ve earned the right to purchase it. And perhaps purchasing three or four potions of healing before a grueling fight or adventure is just good planning. Also, when it comes to the large number of coins a party can accumulate at the upper levels, what other practical things is one going to buy with ten thousand gold, or twenty thousand?

As for my own campaigns, I generally land somewhere in the middle. Magic is quite often for sale in my worlds but the selection and the quality is very limited. You will never find anything better than a +2 weapon or armor in all but the largest of shops in the largest of cities. Epic or legendary items are never for sale and many of the best wands, rings, and other such are either not available, extremely overpriced, or come with some sort of side-curse or hidden negative outcome. Potions and dusts are usually my one exception as I consider them much more common and accessible depending on the situation.

I suppose that the moral of the story is “stay true to the task”. Magical items, weapons, armor, and spells mean very little if there is no need for them in the first place. Why does the wizard need that wand of fireballs? Because the party will soon be taking on a clan of Frost Giants! Why do we need to purchase four potions of healing before the next battle? Because we are most likely going to experience TPK if we don’t! And, if you do find yourself experiencing magica remorsus at any point, do yourself a favor and remember it as a lesson learned. I can recall quite vividly, and regretfully, the times in my DM career that I was too generous with magic and I now work hard to keep things as balanced as possible.

Do you remember a time when your party had too much magic? Please comment below!