The Mini-Game Within The Game 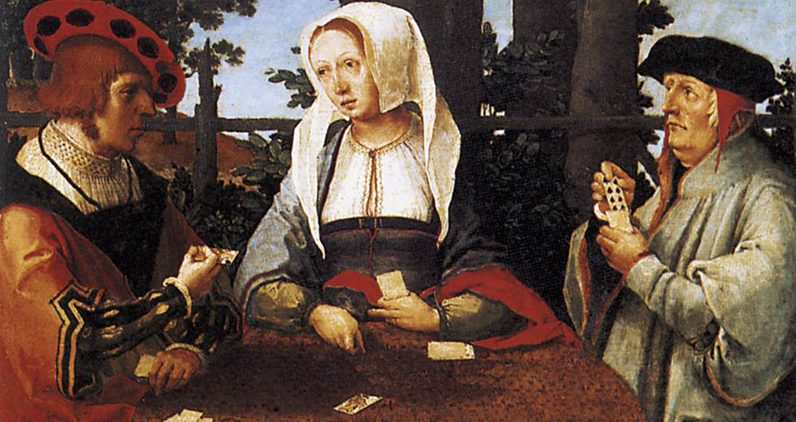 As a player or as a DM, I’m sure that you’ve encountered a time when you needed to step out of character a bit and play a mini game. What do I mean by this? Well the classic examples are a game of chess or hand of cards. Maybe your character is playing for money in a tavern, maybe you’re playing for your life against a dragon, or maybe someone has set up a diabolical trap in a dungeon and you need to play to set yourselves free. There are lots of reasons and situations where mini games can pop up and, as a DM, you should have a few tricks up your sleeve to accommodate your players.

Mini games have actually become quite popular in many of the modern mainstream games. Blizzard is famous for placing mini games inside of its World of Warcraft and StarCraft games; many console RPGs have mini games built into them including fishing in The Legend of Zelda games and blitzball in Final Fantasy X; and opportunities to play cards or gamble can be found inside of countless games including the Grand Theft Auto series and Star Wars: Knights of the Old Republic.

Now it would be foolish to ask the DM or the players to bring along a full chess set to every session when you may only need it for one night out of twenty. And also, let’s be honest, chess in D&D is becoming a cliché and may seem boring and out of date to many modern players. So what follows are several interesting and convenient alternatives that may get your player’s attentions.

1)  Use The Dice You Already Have Available

Everyone already has dice so use them whenever possible. There are lots of games out there that involve nothing but dice and the one that I’ve used quite often is the game Liar’s Dice or Pirate’s Dice (See Here for the rules). In addition to regular dice games, I’ve also used the dice for a simulated chess match making both sides roll Intelligence checks until one player wins four out of seven. I’ve also used percentile dice to simulate games of spinning a wheel of fortune or roulette wheel. In those cases, all the DM needs to do is figure out what the odds are of the player winning the spin, assign the percentage to it, and let them roll.

It’s not such a bad idea for a DM or someone in the group to carry around a deck of ordinary playing cards. Honestly, they are light, small, and can be extremely useful in many situations. Players often find themselves in taverns or amongst gambling folk and a few rounds of poker, or blackjack, or even cribbage, with some roleplaying thrown in, can create a very productive session. It also gives the illusion that the players are actually “playing” for their character and that can be very exciting and empowering. Playing cards also come in handy with some of the magical items like The Deck of Many Things and The Deck of Illusions. I’m also sure that an innovative DM can create many other home-brew games/items with a deck of cards.

The vast majority of us now have smartphones or tablets or handheld consoles, and I suspect that many of those carry a wide range of games (including chess, if you must). So if you’re feeling adventurous, why don’t you break them out? It may not be a traditional way of doing things but who’s to judge if two players want to decide who gets the +2 Chainmail over a game of Angry Birds or Plants vs. Zombies? This might also be the good option to distract a few of your players when the party splits up and you only need to roleplay with one or two for a length of time. Set up the others with a digital game of Lords of Waterdeep or maybe Settlers of Catan with some sort of bonus for the winner.

Additionally, if you do have access to the real thing or digital versions, players and DMs might want to consider the following games that have been in existence since (and sometimes before) medieval times to give your mini games that authentic feel: Backgammon: This two person board game is one of the oldest in existence having its origins in Persia around 3000BC; Dominoes: Started in China around 1300AD but its modern incarnation was created in Italy during the early renaissance; Vaikuntapaali (aka Snakes and Ladders): Believe it or not this game has been in existence since the 1400’s originating in India; and Mah Jongg: Although its roots go back to China around 800AD, the modern version has been played since the 1800’s.

I enjoy inserting a mini game into my adventures now and then because it has many benefits. It breaks up the normal routine; gives players a chance to play their characters on a whole new level; and, for the most part, these games use a different set of mental skills from D&D that some players may appreciate. Also, as a DM, I feel it’s a nice break from the action and it gives you an opportunity to collect your thoughts, especially if you’ve been improvising the adventure.

However, it’s important to not fall into two traps that the mini games may create. Firstly, they can railroad your adventure if they are played too often. Mini games are a gimmick that should be used sparingly. I would say once every seven or eight sessions at the very most. If used too often, the players will begin to expect them and may even demand them. That could turn something that was meant to be a treat into something that is more of a distraction. The second trap is inserting mini games into an adventure for no concrete reason. In my opinion, everything you do in an adventure should move the story forward on some level and mini games should be no different. Make them worth something! This can be done by gambling or betting on needed coin, items, or even a character’s life. Mini games can also be excellent vehicles for roleplaying. Instead of simply talking to NPCs at the back of a tavern, why not engage in a mini game with them? As a DM, I know that my NPCs might be a lot more accommodating with information or aid if the PCs let them win some gold over a few hands of cards. But DMs should also keep in mind that the players may not win/lose the game as you expect, so don’t pin the whole adventure’s outcome on the result. Players have a funny way of upsetting your best laid plans.

So whether you keep it simple with cards and/or dice or if you go with a digital or physical game, mini games can play a pivotal role in your D&D adventure. Both DMs and players will appreciate the short break from the game and, if they are attached to the plot of the story, they can become fun and interesting twists. I would however stop at letting your characters play D&D while playing D&D. That’s just insane.