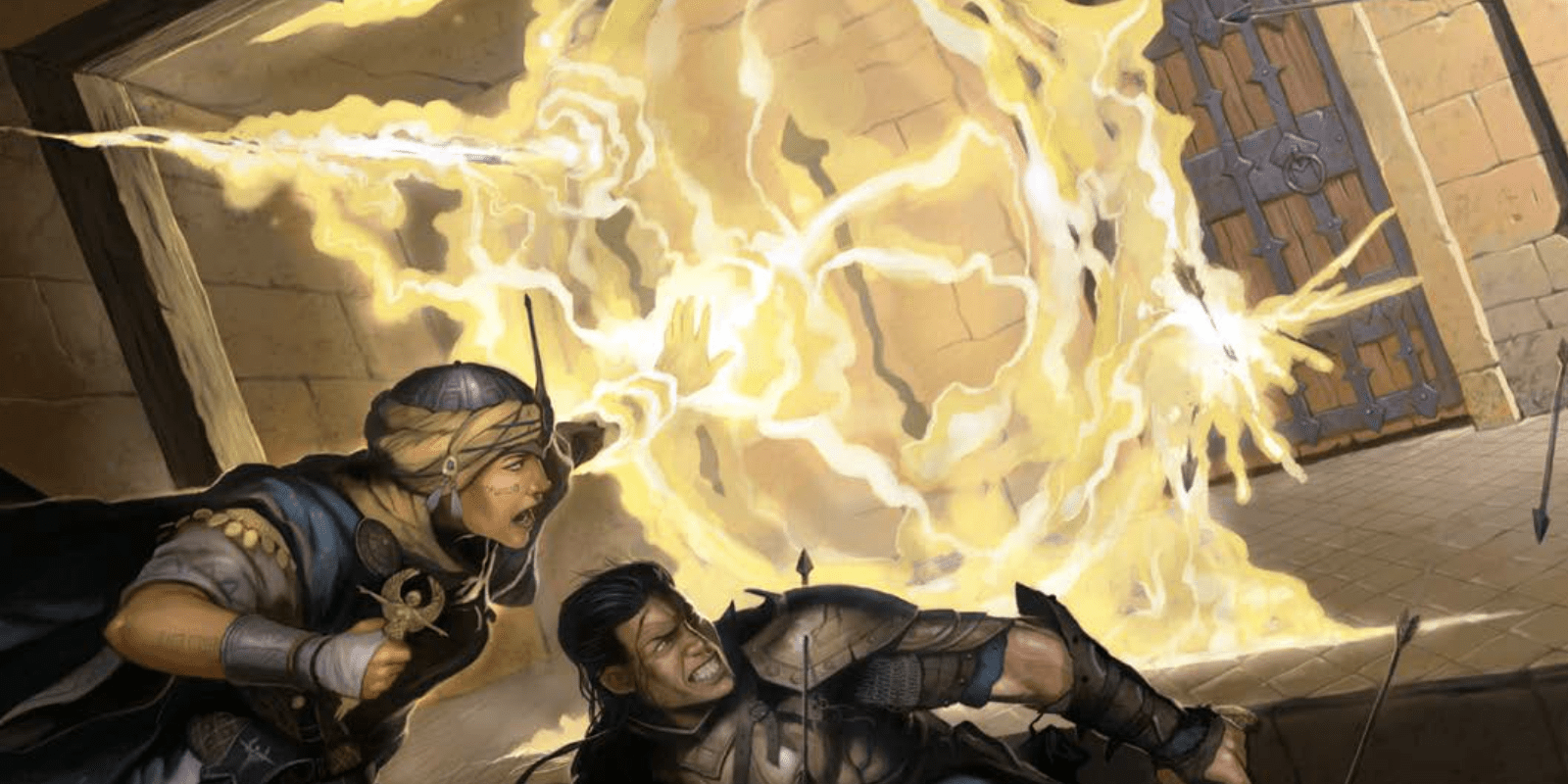 Below you will find some of my conversions for Level 3, “The Splinterden”. You will not find detailed information on the Emerald Spire. If you aren’t running “The Emerald Spire”, you may still find these new monsters and traps helpful for your personal campaign.

Parlay: The party may attempt to talk the guards into letting them through the gate and proceed downstairs. A DC 20 Persuasion check, an opposed Deception check, or a bribe of 100gp or more will allow passage. An excellent speech by the player grants advantage on the checks, while an obvious deception imposes disadvantage.
Arrow Slits: Arrow slits provide three-quarter cover (+5 AC and Dexterity saves) while giving full view of any room on the other side of them.
Locked Doors: DC 15 Lockpick, DC 15 Strength to break open; AC 15, HP 10.
Gates: DC 22 Strength check to break the mechanism and lift the gate, DC 22 Strength check to bend them enough to allow a medium creature to pass; AC 19, HP 20.
Secret Doors: Most secret doors require a DC 20 Perception or Investigation check to notice.

Use the scouts from the Monster Manual pg 349, but replace their longbows with heavy crossbows. Each scout also carries 1 dose of carrion crawler mucus (DMG) that can poison 3 pieces of ranged ammunition or one melee weapon.

General Tactics: There are several rooms on this level that have arrow slits and guard rooms. Two scouts will fire their heavy crossbows while two others reload the weapons. This allows the first two scouts to fire 2 bolts each on their rounds. 6 bolts are poisoned with carrion crawler mucus. The scouts will target unarmored spell casters with the poisoned bolts first, then armored spellcasters, then any other ranged threat. If they manage to paralyze the party, they will drag them to the barracks to be interrogated by their boss.

The statues marked will release a poison gas into a 10′ x 10′ area nearby.

DC 20 Perception check do hear the subtle release of gas, or feel the light breeze from the trap. The gas is odorless and colorless.

The gas releases as soon as anyone steps on the triggering mechanism. The gas fills the marked area for 1 minute.

Synesthesia gas: Delayed Onset: 10 minutes. DC 15 Constitution save against poison. On a failed save, the target “sees” sound, “hears” touch, “tastes” light, etc. The targets gain the poisoned condition for 1 hour; they find it difficult to focus and become easily distractible. The target can repeat the saving throw every 15 minutes to negate the effect.

Note: To make things easier, you may simply have the players reroll their save at key moments, such as after rolling Initiative, during dramatic non-combat scenes, etc.

The splinterden poisoner is based on the poisoner alchemist class, though he was originally a transmuter wizard.

Spellcasting. The splinterden poisoner is a 5th level caster. His spell casting ability is Intelligence. He has the following spells prepared:

The majority of the poisoner’s spells have the poison descriptor as noted. His slow spell is a grenade-like gas attack that he, his giant scorpion, and up to 4 other allies have been inoculated against (a way to represent the caster’s ability to choose targets). His fear spell is a cone of fear gas sprayed from a wand-like device. His mage armor is a regenerative potion he has taken that numbs pain and heals minor wounds (if the attack roll is 12-15, describe the hit as a glancing blow that seals quickly and that the poisoner ignores. A 16 or higher is too solid a hit to ignore or regenerate).

Multiattack: When the poisoner makes an attack with either poison spray or acid splash, he may also make one attack with his shortsword.

Multiattack. The scorpion makes three attacks: two with its claws and one with its sting.

I use a range of miniatures in my game, and for the automatons in Emerald Spire I chose to pull out some of my favorite plastic pre-paints from over the years. The Jade Automaton for this chapter was inspired by a Mage Knight figure from many years ago. 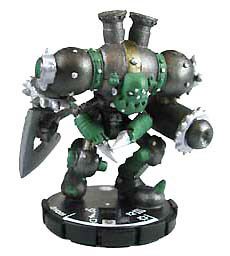 Electrical Explosion. Upon reaching 0 hit points, the automaton arcs electricity from its power core. Any creatures within 5 feet must make a DC 12 Dex save at the end of their turn or take 2d10 (10) electrical damage (half damage on a successful save; creatures wearing metal armor or wearing a metal shield make the save at disadvantage). The automaton fights for one additional round and then explodes, forcing a DC 14 Dex save to all creatures within 10 feet or take 4d10 (20) electrical damage (half damage on successful save).
Antimagic Susceptibility. The automaton is incapacitated while in the area of an antimagic field. If targeted by a dispel magic spell, the automaton must succeed on a Constitution save against the caster’s spell DC or become unconscious for 1 minute.

Multiattack. The automaton can make two attacks when it takes an action. It makes ranged attacks normally even if within 5’ of an opponent. It will refrain from making ranged attacks within the library, temple, or the grey cleric’s quarters.

Human cleric of the Grey Master

Invoke Duplicity. The grey cleric turns invisible and creates an illusory duplicate of herself that lasts 1 minute. As a bonus action she can move the duplicate 30’. She may also cast spells from the duplicate.
Vanish. The grey cleri may turn invisible until the end of her next turn as a bonus action. She may not use this ability again until she takes a short rest.
Sneak Attack. If attacking a target that is within 5’ of one of her allies, or if she attacks with advantage, the grey cleric deals an additional 2d6 (7) damage with her rapier.

Spellcasting. The grey cleric is a 5th level caster. Her spellcasting ability is Wisdom. She has the following spells prepared:

Multiattack. When the grey cleric attacks with poison spray, she may also make an attack with her rapier.