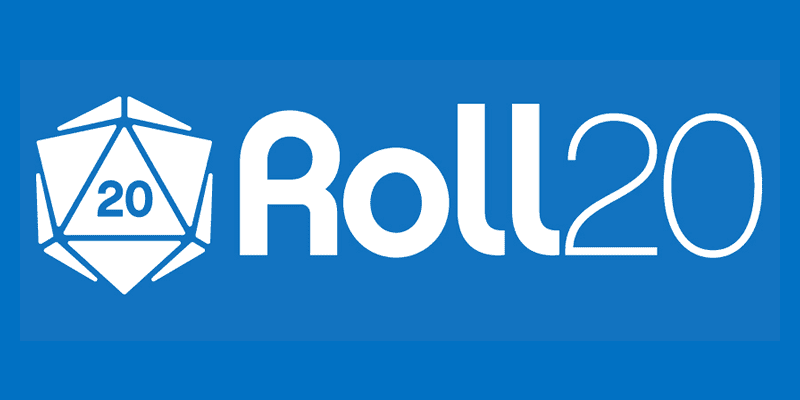 At Tribality, we’ve been interviewing some of the people who are behind all the awesome stuff that is being created for tabletop gamers – such as virtual tabletops. I’ve been using Roll20.net heavily for over a year now and I was really excited to talk to Nolan when he agreed to an interview to talk about tabletop gaming and Roll20.

“Roll20 began as an effort to keep The Orr Group founders Riley Dutton, Nolan T. Jones, and Richard Zayas in touch via long distance gaming. Since launching via Kickstarter in 2012, it has attracted more than 825,000 users as a free service. The program continues to be funded by subscribers who receive features that assist advanced gameplay. The program’s upcoming ‘Update of Holding’ will introduce native iPad and Android apps to the existing digital toolkit.“

Before we talk about gaming and Roll20, can you tell us a little bit about yourself?

Where to start…? I’m originally from Kansas, having went to the Kansas University (KU) for a degree in film. I moved to Las Vegas with my wife over five years ago for her to pursue a law degree (which she accomplished). I play basketball, listen to a lot of hip hop and jazz, and read a lot of comics (which I also occasionally write).

Near the end of college I was getting burnt out on playing World of Warcraft; the limitations and the endless grind. Someone I worked with at the local movie theater said, “You should play Dungeons & Dragons– it’s like World of Warcraft, but more metal.” The rest is history.

I really enjoy smashing genres together. The best example I can give is the world of Dragon Ball; they’re all really strong, so it is about super heroes? Or is it fantasy, because there are animal people running around and an emphasis on magical orbs? But doesn’t it have to be science fiction, because there are space ships? Avoid the labels, and make a living, breathing world. Class-wise, I’m absolutely some sort of rogue… a skilled melee fighter. Racially, I prefer things that push further than “humans in make-up”; Dragonborn, Kenku, etc.

Can you tell us a little more about how you ended up being part of the trio who created Roll20?

It’s kind of a snowballing thing. The short version would be Riley Dutton and I went to high school together, then I met Richard Zayas via KU’s scholarship halls, and finally all three of us decided to live together. We all had some ambition in us, so we frequently took on big projects together… and those big projects were frequently derailed by our enthusiasm for gaming. After college, we spread out across the country and were losing touch and so we decided to try to fix that via distance tabletop gaming. The solution we came up with for ourselves now works as a solution for 845,000 other folks which is kind of mind-boggling.

Where does the name Roll20 come from?

Riley and I did the naming (Richard hates all nomenclature)… we were looking for something that said “success” and the feeling of a critical hit sounded right to us. I think the unexpected thing to us was the folks who like other non-d20 tabletop games thinking it meant Roll20 could only handle d20 systems, which of course wasn’t the case.

How did you decide what features would be included in the big Update of Holding?

Every update is about doing something that excites us and better helps the growing community. We’d had a lot of people really enjoy our character sheets from the previous giant update, and we started thinking about both screen real estate and the folks who were using Roll20 in person… from there the idea to move towards native iPad and Android applications started to make sense for the first time. It’s interesting to me that folks had been asking for native applications for a long while, but we never pursued it until this sort of natural progression occurred.

What was the craziest feature request you have seen in the forums?

Not sure how “crazy” it is, but I’m always odded-out by the people who are looking for ways to police the people they’re playing with during their games. I very much understand needing to remove someone from a game, or helping folks find better groups… but there comes a point where if someone is trouble for your game, you’ve got to pursue new players or a new group. We’ve got a strong interest in creating a really positive, inclusive culture of players at Roll20… but we cannot guarantee every user of our tools is going to be an ideal player. And unlike, say, a first person shooter or a real time strategy game, most the games played in Roll20 aren’t played to win— they’re about shared storytelling experiences. We’ll keep trying to help educate how to better form those relationships, but there’s a need for the individual player to walk away from (and sometimes report) a situation in these games… because we can’t “make” somebody “play right”, particularly as the definition of “right” changes with elements like how much you depend on a rule set, and so on.

What do you think about people using Roll20 for their in person games for maps, etc.? Was this a way you thought people would ever use Roll20 for when you started developing it?

It certainly wasn’t how we were using it originally, but we’ve all slowly begun doing it ourselves! It’s been a really cool evolution to become such an ingrained part of tabletop gaming.

Can you tell us a bit out what tabletop games/rules you’re playing right now?

I’ve been playing 13th Age with my in-person group, and I like it a lot. The Icon system, escalation die, and unique class mechanics really intrigue me. Online I’ve been streaming 5th Edition D&D in a Wizards of OZ setting recently.

I like finding a character, which can happen on either side of the GM screen but comes a little easier when you’re really only focused on your personal avatar. I think being a gamemaster absolutely takes more effort, but the rewards can be really fantastic when it works.

If you’re a Game Master and looking for something cool to take on with you group, check out our slowly growing “Modules” section on the Marketplace!

And thanks for being interested in what we’re doing at Roll20.