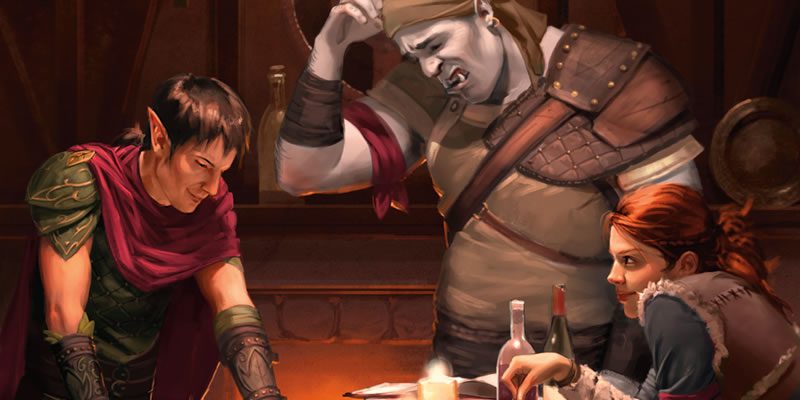 Are you using Plot Points for your game? We have been doing it for a while now, and it makes the game very interesting.  But sometimes it is hard for some of the players to come up with relevant or interesting plot twists.  I see those plot points going to waste, and I am starting to put together some ideas that can jumpstart the creativity for the players.  I have started working on a list of plot twists that may help them, but there are already ideas that have been put together.  You can purchase the Paizo’s Gamemastery Plot Twist/Plot Twist Flashback cards and use those if your players are having trouble.  I love the ideas that they present, but we won’t be using the mechanical options with benefits like +2 to a skill roll.  I just want story ideas right now, and we use other methods to give out in-game benefits to players.

Also, Mike Shea at The Lazy DM website has ideas that you can add for plot and plot twists on his website [link at the bottom of this page]

Here is how we are currently using Plot Points for our game:

Every player starts out with 1 plot point at the start of each session. Then during the session, the player can choose to spend that point for one plot twist to the story.  Plot points that aren’t used can’t be saved up. So it’s a use it or lose it option.  We also use the concept of Roses or buds, & thorns to the concept of plot points.

The Player that spends a plot point is allowed to discuss how they want to steer the plot in another direction. The plot twist is normally in the player’s favor. They get to make a Twist and add an element to the game that the dungeon master has to work into the existing situation or create a back story that makes the plot twist seem relevant.  This can be as simple as a floating head that knows a secret code word, a hidden door built into the ceiling that went unnoticed, a long lost memory from youth allows for a name to be remembered, an enemy that comes out of the darkness turns out to be a distant cousin of one of the players, or the law shows up while they are sneaking into the villain’s house.

If the plot twist isn’t over the top helpful for the players, then it’s just a Bud.  If it’s a Rose, and gives them a lot of benefit, then we add a Thorn to the plot twist. Which is basically; that was so good, here is how we are going to mess it up now.

After the plot point is spent, then the player to the right is allowed to suggest a complication to the Rose.  I have seen some pretty awful complications suggested, because players love to spread the misery to other players.

As an example from our game, a player spent their plot point, and wanted to be a famous artist during their down time with his skill with artist tools.  Explaining he could be rich & famous with his artwork.  Sounded like a Get-Rich-Quick Rose, and needed a Thorn. So the Thorn was that he was so good, all the artist & critics were jealous, and blacklisted his paintings.  So his paintings were being sold at breakeven prices at the only place that would display the art.  At least he’s sort of famous.

It has been really fun to add plot points to our game. And it will be interesting to see what the player’s come up with next.