Eye of the BeholderNautical Nonsense 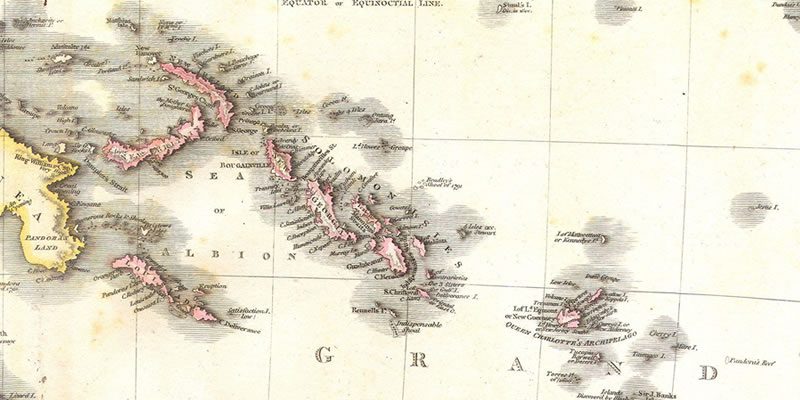 It’s been a crazy week and I’m only about 50% done my the second entry in the Adventure Building series. I thought this guest post by Ben Latham would be an excellent replacement for me this week and my series will resume next week. – Shawn

In this article, I will reference a great deal of other content available for free at Tribality. There will be links included below, in the description, for anything that I reference.

It is no secret that the readers of Tribality enjoy aquatic campaigns and pirates, ships and their captains, and all the other paraphernalia of the high seas. I too enjoy that exact same style of adventure, so when I started my most recent campaign, I decided to set it in an archipelago world, which is to say, a world made of islands. Browsing Tribality, you should be able to find plenty of articles to get you ready and hyped for an aquatic campaign, full of ideas of adventure, dangerous sea monsters, and more pirates than you can shake a stick at. In addition, I would highly recommend the nautical minded GM to listen to the Dungeon Master’s Block episodes 19 and 26, where you can find an in-depth discussion by Tribality authors of aquatic campaigns and pirate campaigns, respectively. However, these tools are even better when set in a world designed to get the most out of them, so in this article I am going to attempt to lay out how to design an archipelago world in which your aquatic campaigns are destined to take place.

Now, there is a great series of articles available for world building by Shawn, updated weekly, so I will attempt to keep my Archipelago world design in the skeleton that he has laid out, so that you can see how best to apply those tools to a less than standard world.

When looking at the history of an archipelago world, you must first address the elephant in the room. Why are there only islands, and no large continents? Simply put, where they always there or did some cataclysmic event break the world apart into islands? (I personally prefer this narrative, as it allows for a rich history of the world, as well as unifying culture roots amongst the land-dwelling races of your world) Secondly, you must assess the affect, as far as wars and conquest go, of having an island world. For example, it becomes much more difficult to rule a province from another island, especially if technology is primitive. To draw upon a historical example, the British empire fell apart because it was an island kingdom that tried to conquer a large number of other kingdoms, some of which were islands. The distances involved were often too great, and the oversight by the British too poor. This might mean that your world has a number of distinct kingdoms, each controlling its own island. But, this is ignoring the vast majority of your world. After all, most of it is going to be ocean. So who can lay claim to the ocean? Aquatic races. If you have ever wanted a time for aquatic races to shine, they have one in an archipelago world, where they can be the biggest and baddest races around. In a typical fantasy setting (Forgotten Realms, Middle-earth, Alagaësia) Humanity is rising and the old races are dying off slowly. This is a trope as old as the genre, but here you have a chance to reverse it. Perhaps the Sea Elves have a thriving empire, their primary foe the underwater Sahuagin pirates that occasionally raid their coral palaces, while humans, once a great nation destroyed by some cataclysm, scrape out small kingdoms on disparate islands.

The religion of an archipelago world is often one of fear. Gods such as Poseidon and Umberlee, typical sea gods, care not for mortal concerns. They bring with them storms and destruction, but every sailor still burns a prayer hoping that they will be spared. Established underwater races, such as Sea Elves, Sahuagin, Aventi, Water Genasi and Kuo-toa will need racial gods, or else variant worship of existing gods that reflects their culture. Consider typical Water Elemental lords as possible gods, and draw upon the duality of water, both as a life-giving necessity and as a terrible force of destruction for godly inspiration. Perhaps the gods were the ones who caused the cataclysm in the first place, strengthening the gods with the sea or storms domain, while weakening gods with land-bound portfolios.

Next, you must get down to the nitty-gritty of making your world work. Culture and currency should vary greatly from island to island, dictated by the history of each island and the races upon it. I would recommend trade bars, which would be universally accepted amongst the sentient races, as an idea for cross-island trade. Furthermore, consider which goods are hard to find or more valuable. Which island have rich mineral deposits, are some islands without soil for farming? If so, how do they survive there? Perhaps all the mineral deposits are in underwater mines, and the Water Genasi have a monopoly on steel? Or perhaps portals to other worlds are necessary in order to supply various kingdoms with necessities they could not find elsewhere. The Death Gate Cycle, by Tracy Hickman and Margaret Weis, supposes a planar system comprised of 4 different worlds, one of each element. Perhaps this is only one of 4 worlds, each designed to co-exist.

Magic, as always, is of vital import in an archipelago world, and I would highly recommend that you design or use spells that allow players to go underwater for long periods of time, to ignore pressure and to give light when needed. The 3.5 book Stormwrack is a great resource, as is the Cerulean Seas setting for pathfinder. There is also an article on Tribality about aquatic magic.

When drawing a normal map for a world, the seas are used as large blank spaces. Not so on an archipelago world, where they must be dotted with islands, and you should probably indicate where the underseas races dwell, because their kingdoms, if they exist, will be as important or more so to your world. The most important thing to consider when drawing a primarily aquatic map that no one ever mentions or thinks of is wind and currents. In the real world, there are seasonal winds and currents that make certain voyages much faster and more manageable, particularity when you consider the level of technology that will commonly be available to a fantasy setting. Consider where trade is going, on what seasons, because your players are going to ask you, “How long will this voyage take?” and it is important to know the answers to questions like that in an archipelago world. I would also recommend using a table that will help you randomly generate storms and favorable/unfavorable weather conditions. One is available in Stormwrack, but they are fairly easy to design. (Use a d100, with different combinations of direction, temperature and strength of the wind) Make sure you have a rule set that accommodates your desires as far as boats interacting with wind and currents. 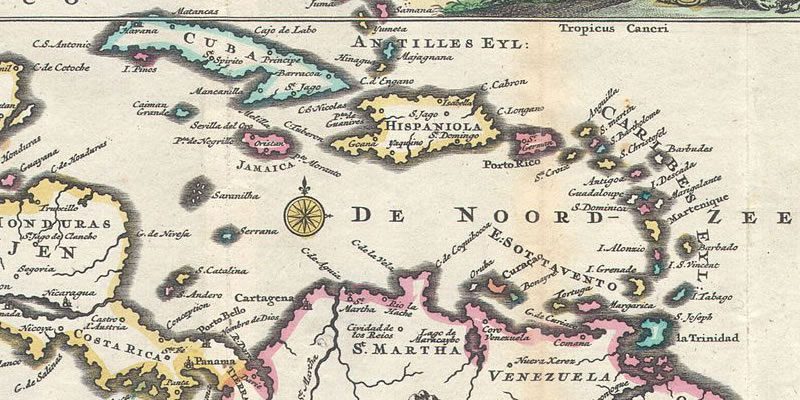 Once you have this rough skeleton of a world laid out, it becomes time to begin the long and wearisome process of churning out ideas for various places within your world, designing timelines, and so forth. I have one final point of advice: Be mysterious. Islands and the deep sea should be presented as places of mystery. When your ship sights a new island from the bow, rocky and foreboding, the players should think to themselves, “I wonder what is on that island?” Similarly, they should fear the monsters in the depths. After all, who knows what could be down there? Krakens the size of cities and so forth. There should be incentive given to explore beyond the “Known world”. Take this into consideration when making a map, and make sure there is room beyond the borders, or large unknown places where there could be anything, just waiting for a heroic band of adventurers to find the ancient ruins upon a mysterious jungle island. Happy world building, and may you find treasure in the most unexpected of places!

Ben J. Latham has been playing D&D since he had only one digit in his age, and has been dungeon mastering for the better part of a decade. He hosts a weekly D&D stream at twitch.tv/schedge.

Links for resources mentioned above: