5 Ways To Be A Better Roleplayer 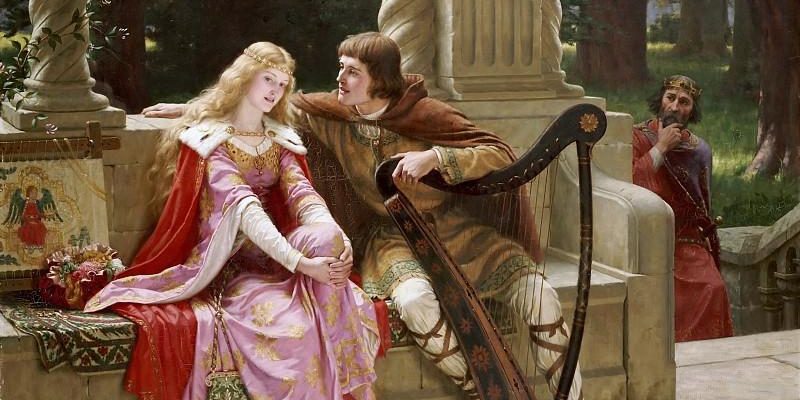 Fundamentally, I look at D&D campaigns as stories. Each adventure or event is a chapter and the campaign as a whole is a novel. It should have set-up, background, main characters, side characters, plots, sub-plots, victories, losses, triumph, and heartbreak. Maybe characters will die along way (Boromir) and maybe new characters will come to the party late (Lando). There should be some twists and a few unexpected detours and the end result should never be certain. Danger should be stalking you at every turn. But most importantly there should be fun, excitement, and camaraderie. If those three things are present, the story will almost write itself.

To accomplish this as a D&D character, the player must ask certain questions of themselves. Am I aiding or hindering the story? Am I willing to adapt to the twists and turns that are sure to come my way? Am I putting my personal needs and wants ahead of my character’s?  If the answer to any of these questions brings you to a negative place, stop and ask yourself why. I have encountered many players who just can’t seem to get past their own expectations of the game to truly play and enjoy their characters. For some, they just want to kill things. From towering human barbarians to tiny halfling wizards, some players game to slaughter foes. If they aren’t killing, they aren’t happy and because of this attitude they miss out on a lot of the roleplaying fun. Other folks are after the “real world” pursuits of fame, fortune, and power. These players will jump at any opportunity for gain and self-improvement and often miss the opportunities to work with or prop up the others in their party. There are also those who play to show off and assert their dominance over the mechanics of the game. These are the min-max players and the folk who want to squeeze every last drop out of the rules to make their characters “the best”. Meanwhile, they have very little regard for those players who just want to play their characters well and have fun.

So, what can you do if you feel like you are one of these players, or might be becoming one of these players, or have a friend who is one of these players? Unfortunately, there doesn’t seem to be much of a market for roleplayer rehab or SPA: Selfish Players Anonymous (Hi, my name is Al… and it’s been five weeks since I last railroaded an adventure). However, instead of dwelling on the negative, let’s turn it around and look at five things every player can do to make their characters and their campaigns a little better:

Good players help each other out. They forge alliances, watch each other’s backs, share wealth/items, and even sacrifice their life and limb to protect and aid. This also comes with a certain amount of good-natured teasing and constructive criticism. (Friends don’t let friends drink random potions!) You can tell, especially when sitting in the DMs chair, when a group really works together. That is when the game becomes more than paper and dice and evolves into a real story. Both combat and roleplaying are lifted to whole new level and the game dynamic takes off. So next time you are sitting down to your game ask yourself the question: what can I do to help?

No one wants to read about a character that does nothing. Sitting back and letting others or the DM do all of the work is boring. Get your character out there! When the end of the campaign eventually comes, do you want to be the person that says, “Wow, you guys were really great in that story!” or do you want to be the person that says, “That was a lot of fun! We did it!”? It’s the subtle difference between being part of a group or being in a group. Some folks never realize that there even is a difference. If you are one of these people, wake up and get involved!

Sometimes it’s corny, or cheesy, or dangerous, but being heroic and putting your neck out on the line is a big part of this game and it all depends on the character you want to play. For a selfless lawful good knight, being heroic might mean wading into wave after wave of goblins to protect a town of helpless villagers. On the other hand, for a greedy neutral thief, being heroic might mean killing those same goblins so you can find their treasure horde later on and who gives a fig for what happens to the villagers! No matter what it means for your particular character, take advantage of any opportunity to make your story epic.

I’ve seen players start tavern brawls they fully expected their fellow PCs to win for them. I’ve also seen players blindly run around dungeons opening doors and pressing buttons with no thought as to the consequences. I call these players “The Whatevers”. Now I really don’t have a problem with players being bold or having a moment of courage. That is usually just good roleplaying. But the problems start to arrive when a certain player or players are getting the whole party into deep water on a regular basis for no good reason. Sure this might be part of your class build or the way you want to play the character, but don’t ruin the experience for everyone just to see your goals achieved. If your fellow players are constantly cringing every time your turn comes up, you might want to rethink your playstyle.

5) Be Modest in Victory and Gracious in Defeat

When you accomplish things in D&D it can be very exciting. It can also be equally disappointing when something nasty happens. The key is to never allow either event turn you into a bad player. I will be the first to admit, I have let defeat get to me in the past. A killed character caused me to lose heart in the game once upon a time. I let it change the way I played for the worse and it took me months to shake it off. Oppositely, I have seen players toot their own horns for weeks about killing a boss or saving the whole party from certain death.  Don’t let either of these happen to you! Despite how much you love your character, or how much you may loath losing, accept that both good and bad things are going to happen. Understand that interesting stories require sacrifice and hard work to accomplish goals. This game, just like life, is not always easy or predicable and that’s a good thing.