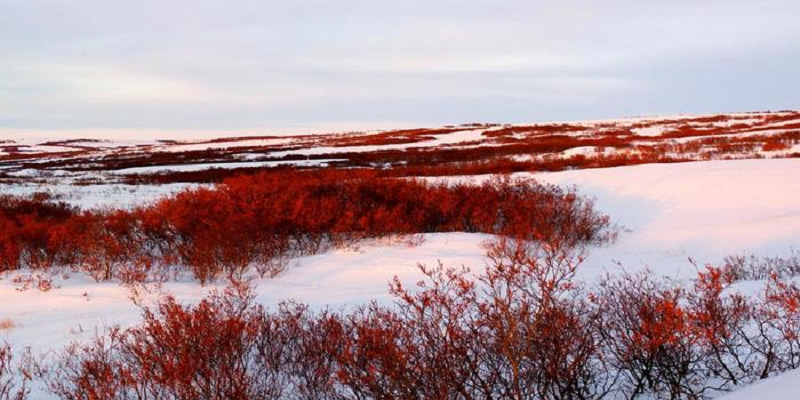 Winter is officially upon us. Long live Queen Winter. May your reign by long, merciless, and localized to where I live, to lend a hand in culling the snake population. Ice and winter have long been fascinating subjects to me, and are often my preferred imagery in games when I have the opportunity. Snow and ice are vanishingly rare where I have chosen to live, and I have always desired to live somewhere with four actual seasons. It should then come as no surprise I have long maintained that the best expansions of games are those that are ice-centric. A large part of this comes from the creatures associated with the concepts. Frost giants, yetis, winter wolves, crystalline spiders, and myriad more creatures consistently tickle my fancy. Of course, there is a plethora of creatures beyond the absolutely most obvious ones to choose from. Let’s take a look at six mythological creatures that would be totally rad for you to feature in a tabletop game

Our first comes to us by way of the Inuit. Imagine for a moment that you live in the far North. Sunlight is fleeting, and exposing any skin is risks losing it to the elements. You are traveling alone, and night has fallen before you could reach your destination. As you slog on, you see a large, four-legged creature looming in front of you. It is hairless, but for tufts appearing on its ears, tail, feet, and around its fearsome muzzle. It might attack you before you have the opportunity to act, sending you into fits and causing you to forget who you are and what you are doing. This creature is none other than the qiqirn. Luckily, the qiqirn is considered skittish if confronted, and will flee if you are able to shout its name. Unfortunately, it is unlikely you will get the opportunity to confront one if it is truly after you, for they are potent hunters and excel at stalking their prey. If a spirit dog-monster isn’t rad, then I don’t know what is.

The next strange winter creature is a friendly one, coming our way via French-Swiss mythology. The barbegazi – from the French barbe-glacée which translates to “frozen beard” – are small humanoid creatures with great beards and oversized feet. They travel around by using their feet as skis to zoom around the mountains, though they can also be used as snowshoes if the conditions call for it. During the warmer months, they return to deep tunnels within the mountains and aestivate (like hibernate, but for the summer). Barbegazi generally remain unseen by most, as their habitat doesn’t typically lend itself for much interaction. That doesn’t stop them from liking people and helping them out, however. They help find animals that become lost, particularly sheep that wander from the flock, and they are always on the lookout for avalanches. If one is imminent, the barbegazi lets out a sharp whistle as warning… and surfs around on the avalanche with their clodhoppers. Further, if someone is trapped in the snow, the barbegazi will often do their best to help dig out the individual, or ensure they receive help. While it’s not written anywhere, I bet these dudes war with the yetis whenever they share territory.

Our next creature is one that has seen some life in games before, but is interesting enough that it warrants inclusion. They come to us, once again, by way of the Inuit, and translates roughly into “Man of Snow.” Ok, so this is sort of a yeti, but at the same time, they are very un-yeti like. Saumen kar (shō’men kahr) are seven-foot tall creatures covered in white fur, often said to have twisted, black horns, and a ferocity matched only by their wisdom. They are nomadic creatures that prefer to remain isolated, but spend a great deal of time observing human life, and telling stories about humans to each other. They do not tend to eat people, but rather hunt and fish, and regard the land with reverence. Saumen kar are willing to interact with the spiritual or wise members of human groups, and communicate with them using powerful telepathy. They use this same psychic aptitude to keep their presence a secret, causing creatures to stay away or forget they encountered them. If a saumen kar becomes angry, they can fly into terrifying rages, but telling them stories calms them down. While these dudes are certainly a close relative of the yeti, the fact they are story-loving, nature-worshiping psychics should set them apart.

This creature is known by many names, all a variant on “snow girl,” though yukinba (snow hag) is my favorite of the lot, because hags. In typical Japanese manner, yuki-onna appear as tall, beautiful women with Pantene-commercial-worthy black hair and blue lips. She either has transparent or pale skin that allows her to blend in with her surroundings, or wears a white kimono serving the same purpose. The most common legend has yuki-onna being created by a woman perishing during a storm. She floats over the ground and strikes terror in those she encounters with her gaze. She can transform into a cloud of snow, and possesses lethal frost breath she uses on unsuspecting travelers that encounter her during snowstorms. Sometimes she manifests holding a child, and when someone offers to take the child, they are frozen in place. A few legends also have her killing people in their homes, though she must first be invited inside. Yuki-onna are typically conveyed as needing to feed on the life force of the living, and she is sometimes even depicted as a snow succubus, of sorts. In an interesting twist, she often spares those who are beautiful, good parents, or loving spouses. She’s big on promises being kept, as well. I sorta wonder if the vampires of Bloodborne are based around this, with a shoggoth and mi-go twist. I smell a replay in my future… Praise the Moon!

This is the raddest mf’er on the list, but not the most terrifying. Haietlik are another friendly and helpful creature. It might be stretching it a little to call it a winter creature, but it is one that originated in the Pacific-Northwest and is shared in Alaska. The haietlik is a massive lightning serpent that is both an ally and a weapon of the thunderbirds. You know, the massive birds that control the upper world. A storm-based creature might seem out of place, but people often forget the fury of the winter storm. The barbarian UA touches on this concept a little, but it is a very real thing. Haietlik are described as huge serpents with heads like knives and tongues that shoot lightning. They live in the feathers of the thunderbird, and are used to hunt whales. The thunderbird launches the haietlik at the whale, causing enough injury for the thunderbird to carry the whale away in its talons. These creatures were also said to live in freshwater lakes (see thunderstorm link above), and were incredibly important to the Nuu-chah-nulth people.

I saved the most terrifying creature for last. The ijiraq is a shapeshifter-shadow person capable of taking whatever form it desires. Of course, their natural form is similar to that of a human, only their eyes and mouths are sideways, with their eyes glowing a malevolent red. Ijirait (plural) kidnap children and lead people fatally astray. They are only seen out of the corner of your eye, and cannot be seen if you are looking at them directly. They neither inhabit this world, nor are they quite outside of it, existing in two worlds at once. Legend has them as people who went too far north, and became trapped between the world of the living and the dead. The home of the Ijirait is a cursed land, causing even the most skilled of travelers to become lost, creating mirages that cause people to become increasingly turned around and panicked. Even if you survive an encounter with them, you will have no memory of it, as they cause forgetfulness to those they let live. Irjirait are generally considered evil, malicious, and to be avoided at all costs. The ijiraq is sometimes confused with the tariaksuq, another type of shadow-person. Tarriassuq (plural) are half-men, half-caribou monsters that can shift between their forms, and are possessed of malignant will, terrible claws, and shared the shadow people abilities of invisibility and non-detection with the ijiraq. However, these are different creatures altogether.

Finally, I want to end with a neat location. The Night Garden is a place in the far north where the land of the living touches the land of the dead. This is where the spirits dwell, and where you are taken by the Lord of Dreams when you fall asleep. This mainly has to do with the folklore surrounding the midnight suns that occur. This is not the most common of tales, but is cool nonetheless.

As always, this is far from an exhaustive list of things. These are just six creatures I think are cool and would totally use in games. If there is an uncommon winter creature you know and love, let me know what and why in the comments!