Tensions rise. An emperor falls. Your party is the only thing standing between the heir to Taldor and an assassin’s blade – and a looming civil war. Unique creatures, political movers-and-shakers, underhanded dealings, and a lush city await!

Paizo Inc. and Roll20® celebrate their new partnership by diving into the Pathfinder: War for the Crown adventure path. Each installment is fully converted in-house, making it simple for anyone to run and play with minimal setup.

Included in this Roll20 conversion:

Visit Roll20.net and rebrand.ly/roll20crownfall to grab the module today.

Here are some awesome screenshots!!! 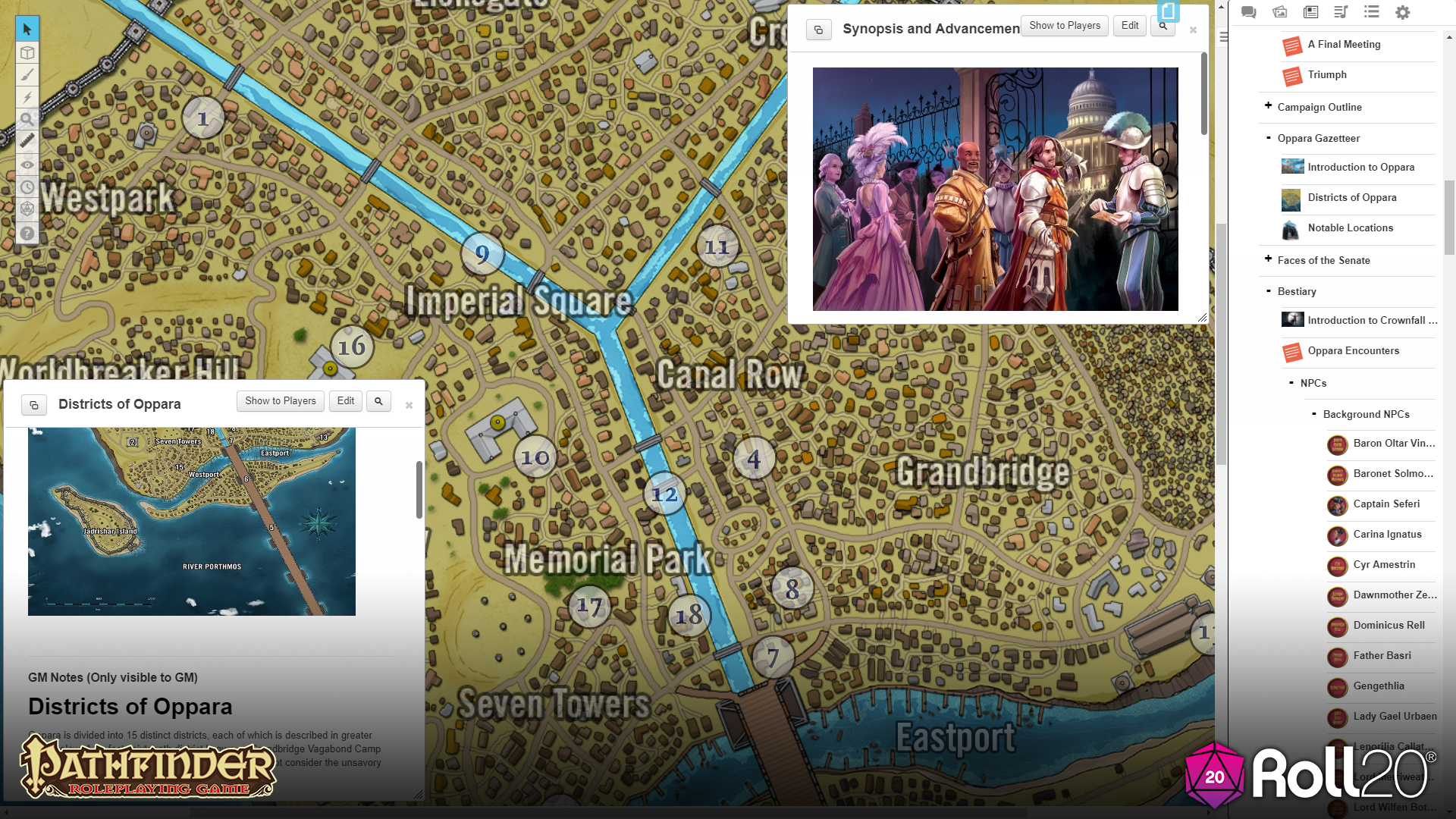 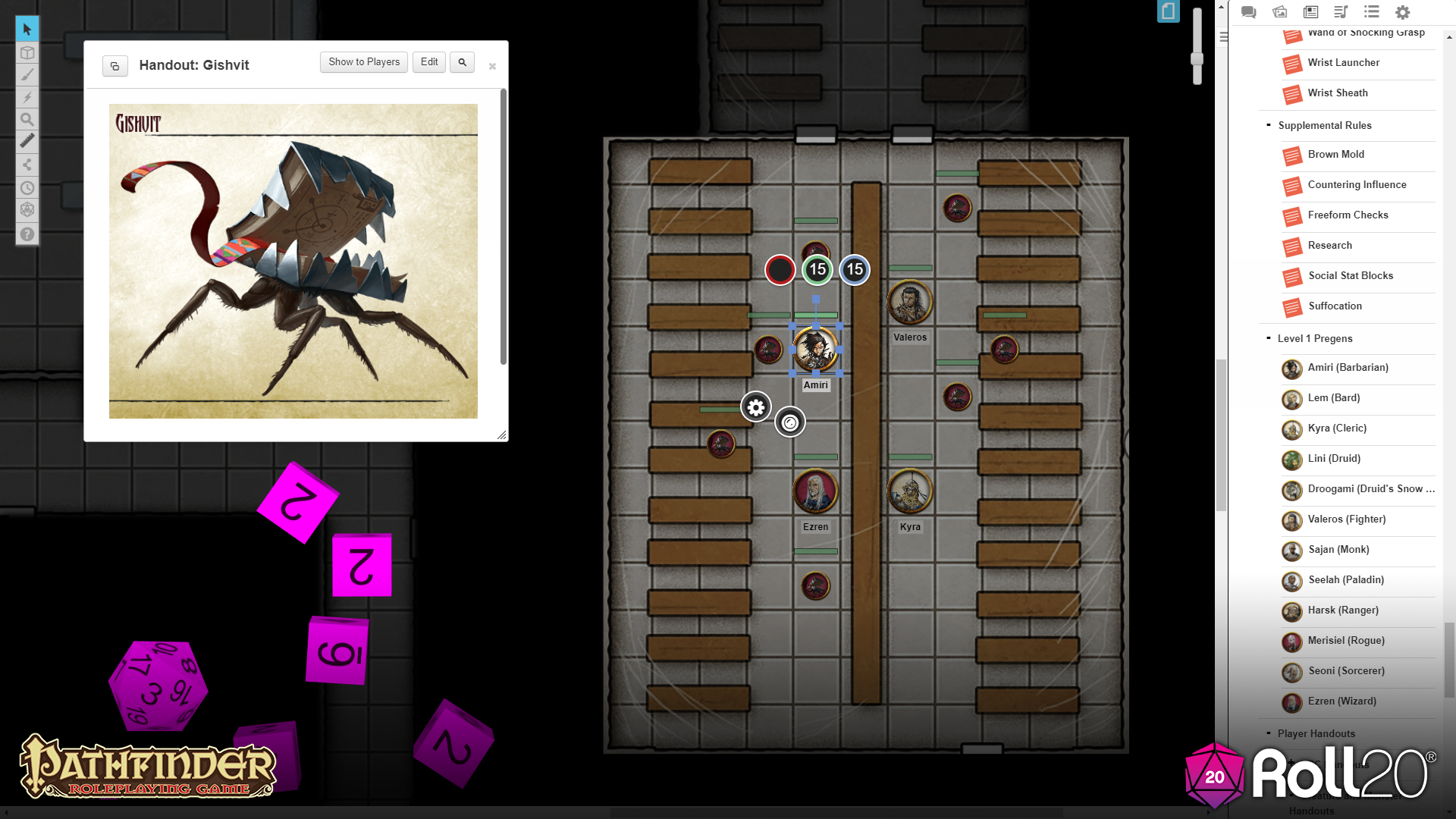 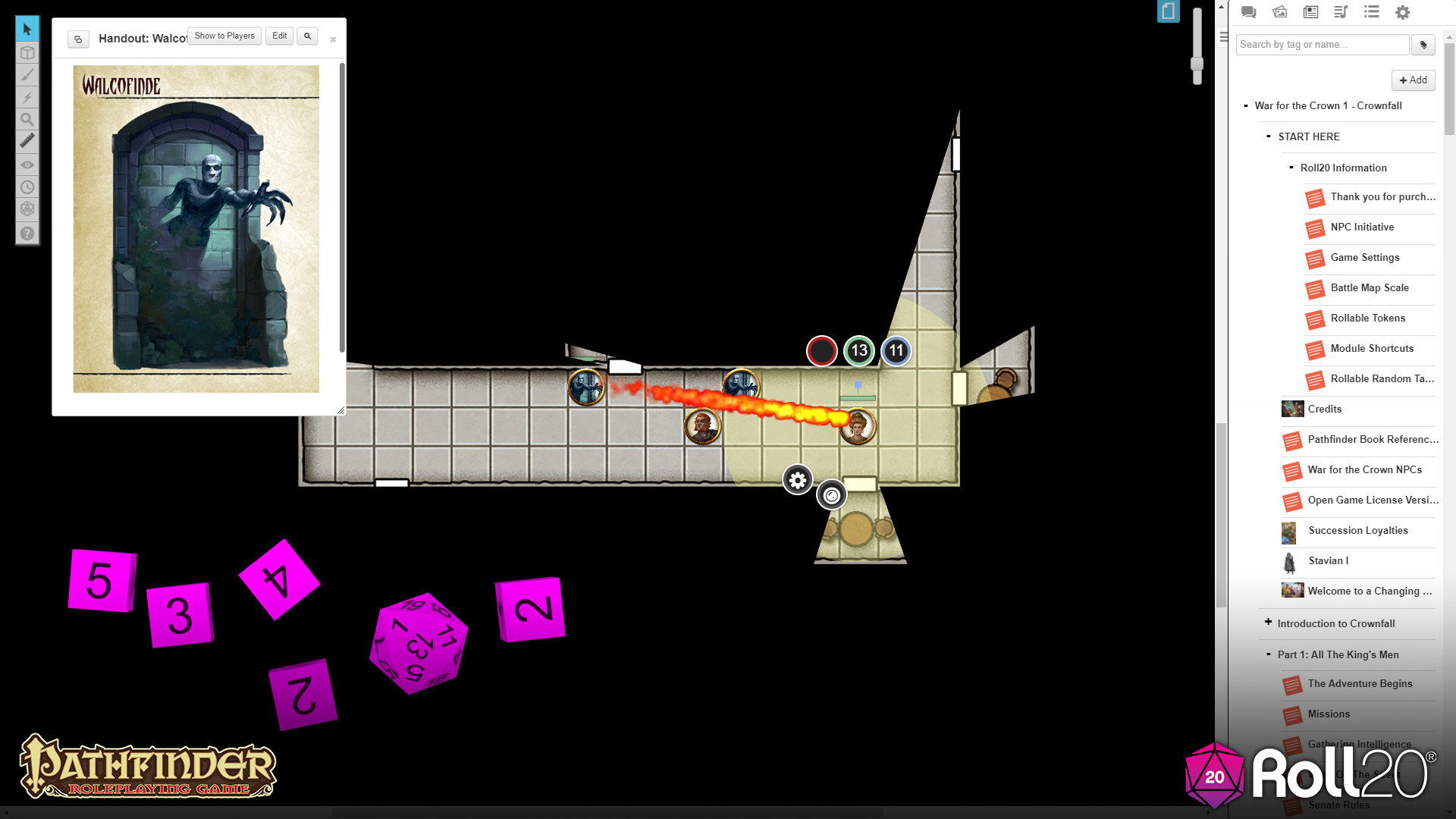 About Roll20
Roll20, owned by The Orr Group LLC, began as an effort to keep developers Riley Dutton, Richard Zayas, and Nolan T. Jones in touch via long distance tabletop gaming. Since launching via Kickstarter in 2012, it has attracted approximately 3 million users as a free service, becoming the preeminent way to play tabletop roleplaying games online and developing into a staple of in-person play. The award-winning program continues to be funded by subscribers who receive features that assist advanced gameplay.

About Paizo
Paizo Inc. is one of the world’s leading hobby game publishers. Since 2002, millions of players have joined the goblin army by playing the Pathfinder® and Starfinder® roleplaying games across tabletop, at conventions, at their favorite local game store, and digitally on virtual tabletops. Paizo.com is an online retail hobby destination for millions of gamers that carries the latest products from top hobby game publishers. Gamers also find accessories, like dice and maps, miniatures, t-shirts, goblin plush toys, and the latest releases to quickly replenish those adventuring supplies for the next dungeon run.