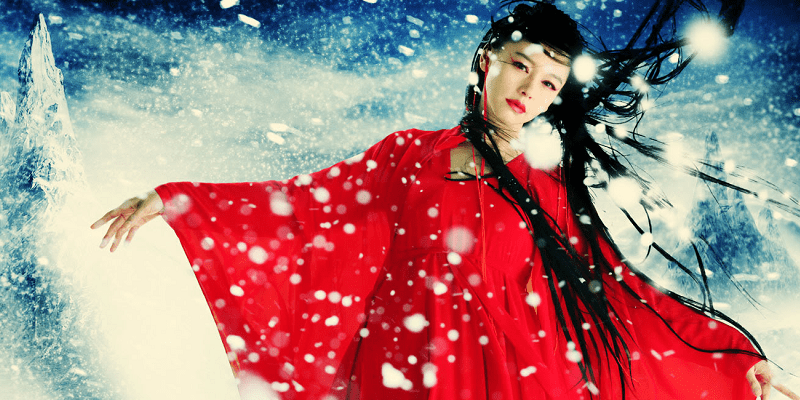 Wu Jen are the arcane spellcasters in my Wuxia campaign.  They are like wizards, but there are subtle differences. Normally, a Wu Jen’s power is drawn from the five elements (earth, fire, metal, water, and wood), and they can choose to master a single element which affords them additional powers. Also, a Wu Jen has the ability to manipulate their spells to change range, duration, effect, eliminating verbal or somatic components through permanent meta-magic effects.

So adding some flavor to a Wizard, creating an expanded spell list, and making some additional rules; I’ve fleshed out the Wu Jen.  So I started with the Wizard and added a school of the elements, worked on a Wu Jen element spell list, and described some Wu Jen specific meta-magic powers with spell manipulation.

To start, a Wu Jen is simply part of the wizard class, and at 2nd Level chooses a new school: School of the Elements.  The Wu Jen will use the Wizard’s spell list, and some of those spells will be tagged with an elemental theme, but these aren’t the traditional four elements of a D&D game. The Wu Jen draws from the five elements of eastern tradition: earth, fire, metal, water, and wood.

The spells of earth, fire, and water spells are easily spotted in the Wizard’s Arcane spell list. With the Metal spells, I focused on spells that deal with weapons, control & defense.  And many of the wood spells were found in the Druid spells list.  But not all the spells selected by a Wu Jen will necessarily be tagged with one of the five elements. Those spells can be used & learned, but will not benefit the Wu Jen with Elemental Spell Mastery as shown in the School of the Elements Arcane traditions, but could be empowered with Spell Secret meta-magic.

The spells that can be selected that are allowed outside the Wizard Arcane spell list, and are shown at the end of this article: Wu Jen Elemental Spells.

School of the Elements

The School of Elements is the Eastern arcane tradition of the five natural elements: Fire, Earth, Water, Metal & Wood.  The Wu Jen uses the Wizard’s spell list, but also has additional spells to choose.  The Wu Jen gains spells from other classes as specified on the Element Spell list. The Wu Jen also has Taboos that they follow to maintain their connection with the elements. A starting character chooses one taboo, and at 7th, 13th, 17th, and 19th level, an additional taboo is chosen by the player. If a taboo is broken and violated purposefully, then the Wu Jen must make amends, and cannot cast any spells for the remainder of the day. Once chosen, a Taboo cannot be changed.

Here are some example taboos:

There are specific spells that are categorized under a specific element for the Wu Jen.  For a given level, when a Wu Jen learns all the spells for a given element, then he will be given mastery when casting those spells. This mastery will allow advantage/disadvantage on the spell casting in favor of the Wu Jen. Also the Wu Jen will gain resistance against that element. For example the element of Metal, this resistance would include damage caused by weapons made of metal.

Example: For a Wu Jen at 2nd Level to gain Elemental Spell Mastery of Earth.  The Wu Jen character would need to know:

When the Wu Jen gains a level and is able to cast higher-level spells, he will not gain the benefits of element spell mastery for that level until all the spells of that element for the higher level are learned.

Starting at 6th Level, and whenever a Wu Jen gains a level that allows higher-level spells to be learned (7th level, 9th level, 11th level, 13th level, 15th level & 17th level), he can modify one specific spell that he already knows in his spell book, so that the spell can have one of the meta-magic effects added permanently to the spell. A spell can only be modified once. If the Wu Jen’s spell book is lost, then the effects are also lost with the book. The augmented spells cannot be shared with others, but a Wu Jen can have a copy of his own Spellbook:

Starting at 14th Level, once per day the Wu Jen can take two turns during the first round of any combat. The player will roll for initiative twice and placed in the initiative turn order twice.  The player then chooses one of their two results for the second and subsequent turns in combat.

Starting at 14th level, you also gain elemental attunement to the element(s) that you have mastery, so that you can cast one of the following spells once per day as if you used a 6th level spell slot, but without using a spell slot:

The Wu Jen is a powerful spellcaster with some odd quirks that make playing one fun. Let me know what you think, and if you…

These are the spells designated for a particular element for Wu Jen. They may include other class spells normally not allowed for Wizards. For other wizard spells in PHB, they can also be learned, those spells are just generic and are not associated with an element (earth, fire, metal, water, and wood).