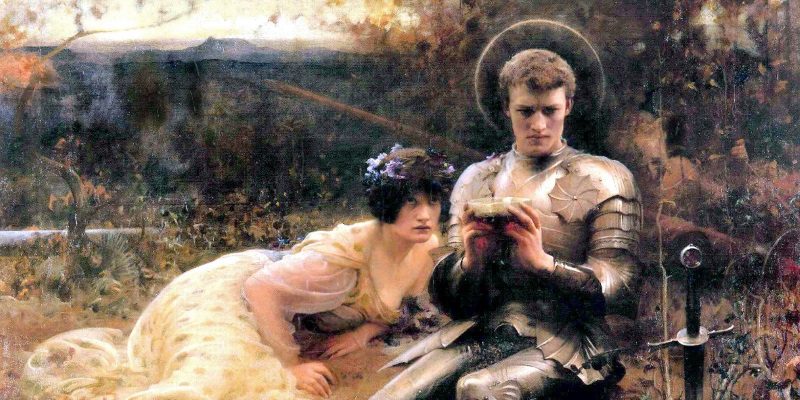 To be honest, when I started this series I never would have guessed that I would need seven articles to talk about one class. On the other hand, D&D has a long and nuanced history, including a lot of offshoots, clones, retroclones, demi-clones… so today I’m tackling three of those not-quite-mainline iterations: the Rules Cyclopedia (OD&D), Pathfinder (3.x, but honestly if you read gaming websites you don’t need me to tell you this), and 13th Age (4e…ish).

The Paladin of the RC has very little in common with even its OD&D predecessor. It is something more like a fighter-only Prestige Class. In the RC, a 9th level fighter might go one of four different ways. The first decision point is whether or not the fighter can secure a land grant; if so, she becomes part of the ruling nobility and might advance that way. If not, the fighter is a “traveling fighter,” and might be a Paladin if she takes vows with a Lawful clerical order, an Avenger if she takes vows with a Chaotic clerical order, or a Knight if she does neither.

The Paladin gains a number of magical class features and restrictions:

These class abilities are tame enough, overall, that they’re mostly interesting by contrast with the Knight and the Avenger. The Knight is technically a safety school for anyone who can’t hack it as a paladin or avenger, or who stayed Neutral; it gets no magical abilities at all, but has the right to request hospitality in exchange for a lengthy list of obligations to a liege lord – obedience, service in wartime, and severe punishment for any infraction. It would be an unusual setting that made the right of hospitality valuable enough to balance all of those obligations, but I guess if you’re playing in a time of anarchy, or in Westeros, it comes close.

Then there’s the Avenger, the Chaotic opposite number of the Paladin.

Making all of these fighter variants something that you progress into, rather than starting points, fits the broader fiction very well. It’s a way that other editions can work, perhaps with variant rules, but I wouldn’t care to see it become the new default. I would like to see more games really drill down into making the rules follow the fiction in this way – but then you have the Avenger, and I still don’t know quite what fictional model it is following. It would drive me crazy to see more D&D-lineage games treat the first eight levels as the “training” levels, because that’s usually months or years of play. Working toward a goal is good, but far too many campaigns fizzle out before the PCs could ever reach the carrots that the game has been dangling, and when that happens in multiple successive campaigns, it’s incredibly disappointing.

The Pathfinder Paladin is thematically pretty close to the 3.x Paladin, but there’s a lot more going on mechanically. I hesitate to get into an itemized breakdown of the class, but I’ll try to hit some high points.

Thematically, the only shift I see here is a potential increase in healing output; it feels to me like a paladin could expect to be the party’s main healer, if purpose-built to do so. I give a thumbs-up to any dedicated effort to share the primary-healer role to classes other than Cleric. This being Pathfinder, there are of course a huge array of variant progressions and alternate class features to choose from, though I’m not sure that there’s even as much thematic differentiation as the three Oaths of the 5e paladin.

The excellent thing that I see here is that there are a lot of different ways to use the class’s per-day abilities. Your primary healing resource can also be a channeling resource or a damage-to-undead resource, and you can obviously focus on personal survivability or team survivability. Your primary damage resource can also be a group-leadership resource. The healer, the avenging angel, and the defender are all just different choices made with the same currencies. As a result, your round-by-round decisions express just what kind of paladin you are, more so than other iterations of the class.

Finally we come to 13th Age, which takes some inspiration from the rules of 4e even if it is not as close a relative as Pathfinder is to 3.x. If you haven’t explored its design, some of this won’t make a ton of sense, because it really is doing its own thing. The other somewhat-similar game to it is Dungeon World, if you look at the Advanced Moves in DW’s playbooks and squint a bit. (Dungeon World’s paladin would be worth a post too, but I have got to stop talking about paladins at some point, y’all. The Warlock is getting irritable and wants to be the center of attention, because of course he does.)

But I digress. The 13th Age Paladin is a high-toughness melee brute, with a really nice limited-use damage kicker in the form of Smite Evil. All of their other abilities are chosen from a list, and most abilities have one or more feats that improve them incrementally. (Feat design in 13th Age is, as a result, almost the opposite of what the 5e designers did, but they’re both really good for what is ironically the same reason – they’re presented without complicated pre-requisites and with easy-to-understand impact on gameplay.)

What we see here is a paladin that can be a defender, an aggressive smiter of evils, a nigh-invulnerable juggernaut, or a healer – but not all of those. Pick one task at low levels, and maybe branch out into two at higher levels, or become a broad-based generalist. Area-effect damage is the one thing I wouldn’t look to any paladin to do well, which is fine. The core book of 13th Age doesn’t set out to carve out new thematic space in the classes; instead, they went out of their way to cover the traditional territory with new and highly functional mechanics. Of all of the paladins in this article, this one gets top marks for clarity of presentation and matching up to the traditional archetype. Compared to other classes within the game, the paladin is one of the most straightforward, with the least variation in round-by-round options. This slightly undermines the feeling that they are a blend of fighter and cleric, as the 13th Age fighter distinguishes itself through its many options for maneuvers and the varied triggers for those maneuvers.

So there you have it: paladins. They are one of my favorite archetypes, because I enjoy characters who face moral and ethical challenges. Tune in next week for the exact opposite type of character: the warlock, a reprobate, villain, and scoundrel that has already bargained away his soul, so now he wants yours, too.