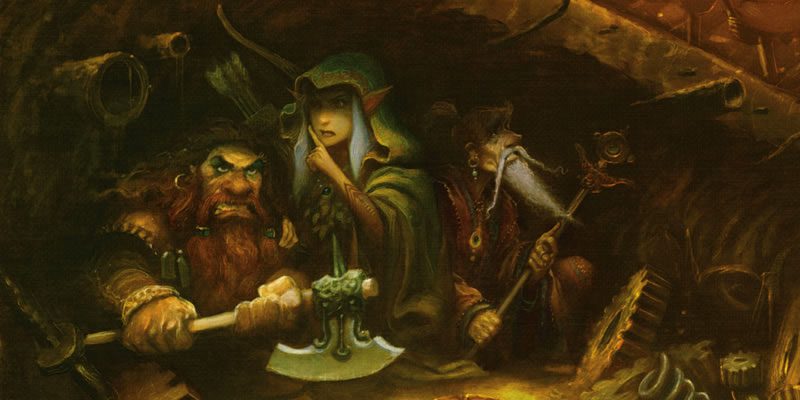 After looking at Creating a Threat and developing Backstory, Setting and Hooks, its time to write an adventure outline. There are two excellent tools for creating adventure outlines that I found: the 5 x 5 Method and the 3 Act Structure, but I have a blended method that might work for you. I’ll be using the ‘Lich Weathermaster’ that I randomly rolled in Creating a Threat as my villain and a typical points of light type default D&D setting.

I’ll quickly write up a short backstory for myself to run the adventure. Nothing special, but it will get the job done for this example…

Long ago in Hahill, a young and promising wizard apprentice named Briffin Frost fell in love with a merchant’s daughter Bruda Nordlund. As their love blossomed, Briffin proposed with a ring he created himself from silver coins he found while adventuring in the surrounding wilderness. Bruda accepted the ring and agreed to be his fiance. Bruda quickly became ill and the town’s healers couldn’t find the cause of her ailment. The silver contained an ancient curse, unleashed by a betrayal in a business transaction by one of Bruda’s ancestors. This curse was beyond the abilities of the healers or Briffin to detect.

The young wizard fell into despair and decided to save Bruda himself. Briffin moved his love to the underground lair where he had found the coins, but he was unable to make any progress against the curse. Briffin’s methods became more and more desperate and his studies and experiments led him down a dark path. Day and night, the wizard tried to use his growing magical powers to save her. While he learned that the ring was the source of the curse, he was still unable to defeat it. Frustrated, Briffin decided to magically freeze Bruda to stop the illness from killing her while he looked for a cure. Briffin cast a powerful spell, freezing his fiance and unleashing a terrible ice storm that buried Hahill in ice and nearly killing him. Dying, Briffin made an unspeakable deal to become a lich, hiding his soul in a bracelet given to him by Bruda. Now the lord of a land frozen in time, the lich had forever to save Bruda while his newly created minions were sent out to search for powerful magical items. The lich also broke the bracelet (phylactery) into 3 pieces and hid them in three locations around Hahill.

If this was a movie, the audience would see portions of the backstory above as an introduction, but the players need to discover the cause themselves and we need the hooks to bring them to Hahill. The adventure begins in the farm town of Pine Prairie. The players should be introduced to the hooks and we will assume the PCs all have ties to Hahill or Pine Prairie.

Your party is staying in the town of Pine Prairie where you are preparing to begin your life as adventurers. You are in a tavern (of course!)

As you travel on the half day journey to the small pastoral village of Hahill you notice the temperature quickly cooling, even though it is midsummer. As you travel along the main road to town you start to see patches of snow on the ground and quickly the landscape becomes a frozen wasteland. You see farmers frozen solid like statues working in their fields and merchants and their horses frozen in place with their wagons. You see a large swirling storm cloud that appears to be centered on some hills north of the town.

This outline is my first draft and very rough. I’m just throwing ideas out there to create an outline for the details that will be added later. This is a shorter adventure and is geared towards being completed in a few sessions. It is investigation heavy with lots of mystery elements. By design it is geared towards players who enjoy a mix of exploration, social and combat.

Next we’ll look at how to fill in the details for this adventure and how to run the adventure as I finish up this series.

If you are looking to create your own world for a new campaign, check out my World Building series.