Eye of the Beholder

Eye of the Beholder: Campaign Continuity 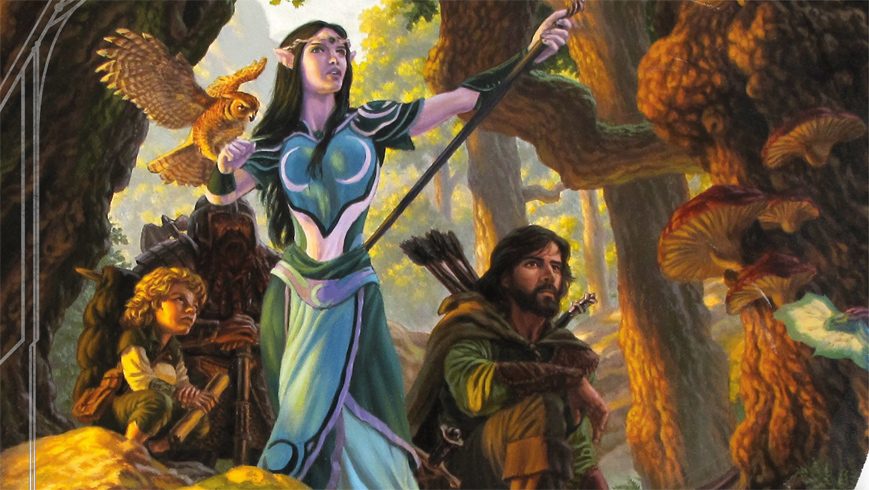 When you sit down at a table to play a pen and paper RPG as a dungeon master, you are there because you want to tell a story. The best dungeon masters are not necessarily gifted with encyclopedic knowledge of the rules, or even with genius talent to create and balance new monsters. The best dungeon masters are those with a good story to tell, and with the skill set to tell it while having your players change it with their actions. Sometimes, a story is just a single adventure, or even a single subplot inside an adventure. But often, you want to tell a bigger story, one in which your characters develop and span multiple adventures. We call these campaigns, and they are a hassle to make, a hassle to run, and also the most fun for DMs and players alike.

So, how do you create a campaign?

Well, like most stories, there is a beginning, a middle and an end. And the beginning and the end are usually pretty easy to achieve. Your characters meet up, they begin adventuring. Your characters find all the clues, defeat all the lieutenants, go beat up your big bad guy and save the princess. Or whatever you epic story might entail, I often find that the ending is fairly simple to make. I have but one word of advice on preserving it- don’t. Your players will make holes in your story, they will ruin your best laid plans, and that is the fun of D&D. If you want to tell a story without interference, write a book. In the meantime, expect your players to think of things you didn’t. After all, they have many brains, and you only have one. So, when they inevitably ignore your important clue, or else kill your important NPC, or even spare someone they were supposed to kill, whatever, be ready for it. You have to make changes to your idyllic storybook ending, and that is the way it should be.

You may notice I didn’t mention the middle of a campaign, and this is where things get difficult. Campaigns aren’t a traditional story, they middle has to be stuffed with tons of smaller stories and subplots, filled to the brim with faux-enemies and deceitful NPCs. I have spent many hours laboring over adventures that I planned to run, but never came to pass because of my PCs obsession with another adventure. So, how do you make your PCs run through the story you want to tell? With a subtle combination of planning, improvisation and what I like to call the Blind Darts method.

Another very important thing to remember for campaign continuity, for making all or most of your adventures feel like they have a point for the total story, is to have a consistent bad guy. One person or group of persons (or things, whatever) that is behind the many other villains you face. If not directly, then subtly. Have a consistent bad guy, with a consistent plan. They want what they want, and your PCs are hindering their efforts with their brutish assaults upon his/her/it’s lieutenants and bases. You can reward the party with more experience and loot for completing “main” quests, but sprinkle the story with sidequests, much like a video game RPG. (I, being a huge fan of video game RPGs, quite like this method)

Finally, as far as campaign continuity is concerned, I have discovered that a consistent, but rich, setting is important. Don’t set your campaign in the Hordelands, with its huge, (but empty) vistas, and don’t move your campaign around every session. If you are going to move, you lose most of the NPCs who your players are growing attached to. Keep it relatively local, and make the setting flourish with NPCs who are complex, secrets hidden underneath the floorboards and tons of little stories, some of which tie into the main story, for your PCs to enjoy. I promise that your PCs will have an impact, and the small town they started in at level 1 might bloom into a large town, a growing metropolis, due to the safety they impose at level 20.

Thanks for reading In the Eye of the Beholder. Next week, I will be back with another topic to share my myriad opinions on. If you have a question, disagreement or comment, feel free to mention it below and I will get back to you promptly.