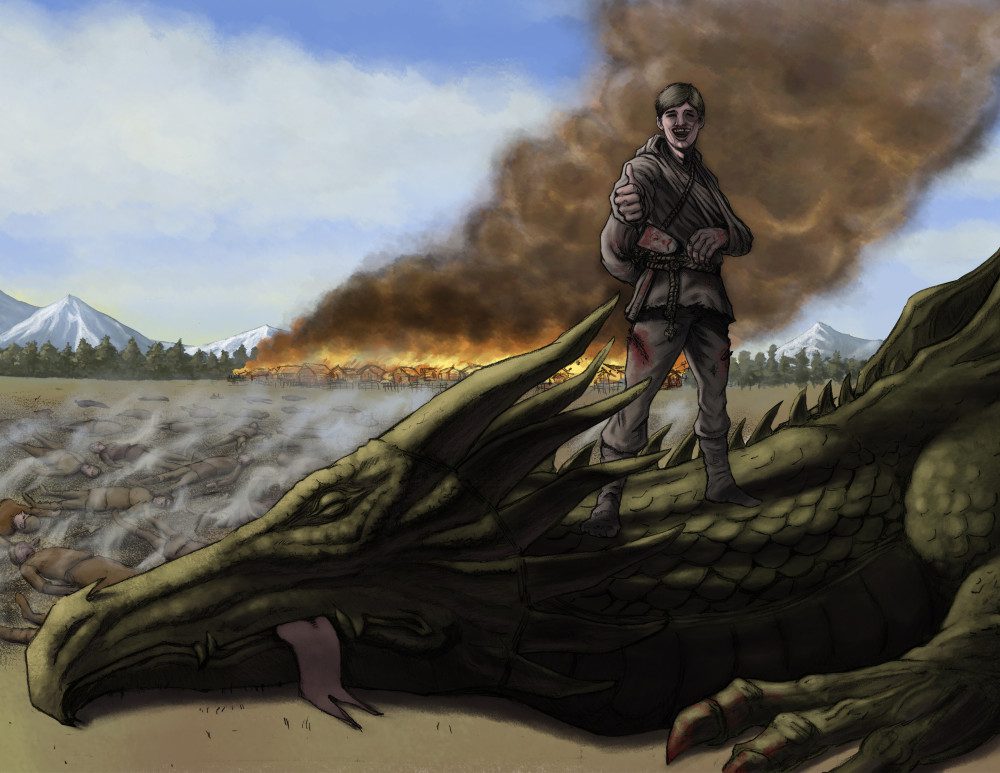 So yeah… I *literally* wrote the book on playing commoners. And I had a blast doing it. Here’s why you should buy my book. 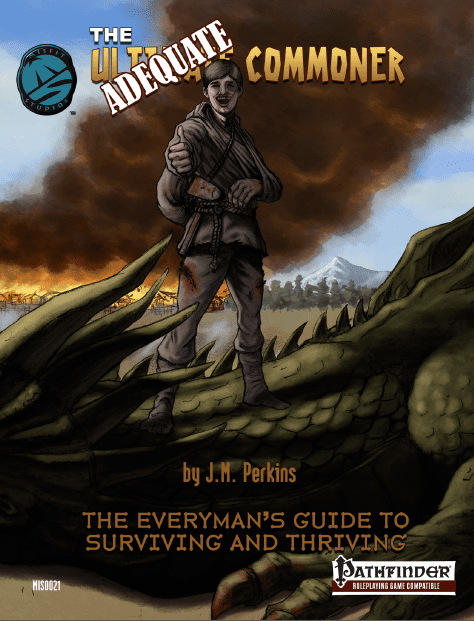 Sometimes tabletop roleplaying games have a power problem, and it limits the imagination of what’s possible in play. Every character can seem ‘special’ and destined for greatness in a way that makes them (ironically) only more ordinary. Depending on your table, character choices can be constantly analyzed for ‘optimization’ to eke out a few extra damage from what is already a demigod of war. But sometimes, you don’t want to tell stories about superheroes. Sometimes you want to tell stories about regular joes called upon to do great things while still playing with the biggest and most robust tabletop RPG ruleset available (Pathfinder/3.5). And that’s where The Adequate Commoner comes in. 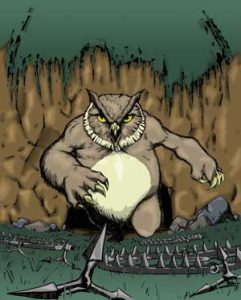 Commoners laying traps for an owlbear.

The Adequate Commoner was written by me –J.M. Perkins– developed by tribality author Rich Howard and was funded via a massively successful Kickstarter campaign. The book is designed to facilitate playing a commoner or extremely low powered character in role playing games (Pathfinder and 3.5 specifically, but can easily be adapted to a lot of other systems) and how to keep your character alive while doing it. The books adds tons more options for doing just that, things like: new commoner tactics, feats, traits, ‘jobs,’ level ‘0’ play options, pregenerated characters, adventure hooks, commoner weapons, and more. But equally important in the 130+ pages is shifting focus on tactical thinking while encouraging a guerrilla warfare approach to gameplay.

For me, this sort of commoner play facilitates the more dangerous, inventive playstyle of older versions of the Dungeons and Dragons, provides the possibility for desperate, by the skin of your teeth creativity in all aspects of the game from character creation, to roleplaying, to non­lateral thinking to solve game challenges. But since it’s Pathfinder/3.5, you retain access to the incredible richness of OGL material. 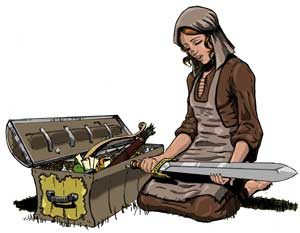 A commoner discovering a cache of an ancestor’s gear to launch their own adventure.

Commoners  are the everyman that ­­with a little skill, a lot of intelligence, and a pinch of luck­ might just save the day and prove every bit the hero. This guide is for players and GMs interested in telling those kind of stories.

The Adequate Commoner will allow you as a gamer to do more with less, never fight fair, and survive and thrive in a world that expects you to fail. Your characters will level, you’ll level as a player, and you’ll have a blast rolling dice.

Learn more here or pick up your copy here. Not sure? Pay what you want (even free) for the commoner optimization guide You’re Gonna Die Screaming to get a sample of what’s in store.

So what do you think guys, was writing a book about commoners awesome y/n?