Wizards of the Coast – Dragon+ Issue #2 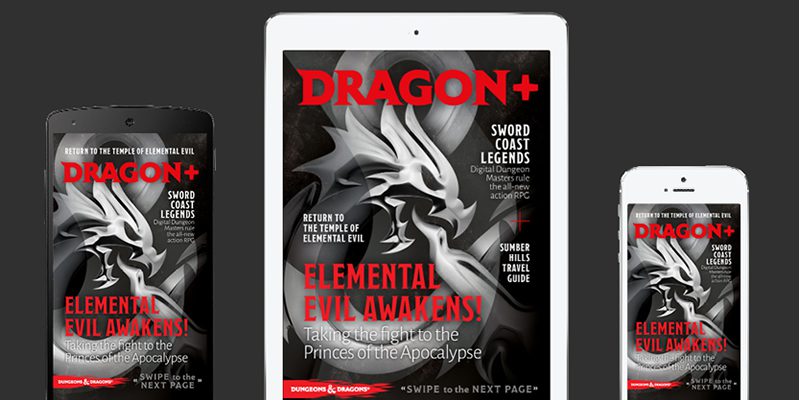 I loved the Cover Art!.  Ed Greenwood Interview, D&D AL update, and Dice Rolling Rituals were cool.  Be prepared for a lot of advertisements and another Fantasy Grounds pitch.

Here is the information released by WotC about Dragon+ today:

The wait is over, the newest issue of Dragon+ released today.

Issue #2 highlights the legacy of Dungeons & Dragons in the world of video games, including new details from n-Space on the world and heroes in the upcoming RPG Sword Coast Legends and pre-generated character sheets based on the companions players will recruit in the single player campaign. Readers can also get a preview of Spellstorm, a new novel from Ed Greenwood, the creator of the Forgotten Realms setting, as well as updates on the D&D Adventurers League, a short story set in Icewind Dale and Heroes of Hesiod, a tabletop adventure for kids.

About the Cover & Artist

For the cover of the second issue of Dragon+, Wizards of the Coast is thrilled to present an interpretation of the iconic D&D ampersand from the artist known as Hydro74. Based in Orlando, FL, Hydro74 (Joshua Smith) has pushed boundaries in ornate yet visceral representations of brands like Nike, Disney and Harley Davidson. Smith was especially interested in working with Dungeon & Dragons because of the very personal connection he had with the game.

Here’s what Smith had to say about his own experience with Dungeons & Dragons:

“There was a beauty in a simple roll of the dice, allowing thoughts to give birth to greater ideas and finding yourself building something you wish you were in reality,” said Smith. “Being a child of dysfunction, abuse and foster care, Dungeons & Dragons allowed for the child to find his path to manhood in simple forms. The simple poetry of talking about our characters and who we wish we could be made life as a child feel innocent and perfect.

“I never expected to be part of Dungeons & Dragons because it holds a legacy few companies can say they have,” Smith continued. “To get emails from creative directors at Wizards of the Coast with this mutual passion for each other’s work and involvement speaks volumes. So, thank you. It means the world for me to be involved and to be part of the family.”

Dragon+ is currently available for free on the iTunes App Store and Google Play. Smiths’ interpretation of the D&D ampersand can be found below my signature on the new Dragon+ cover and is available for pre-order now on a t-shirt at WeLoveFine. 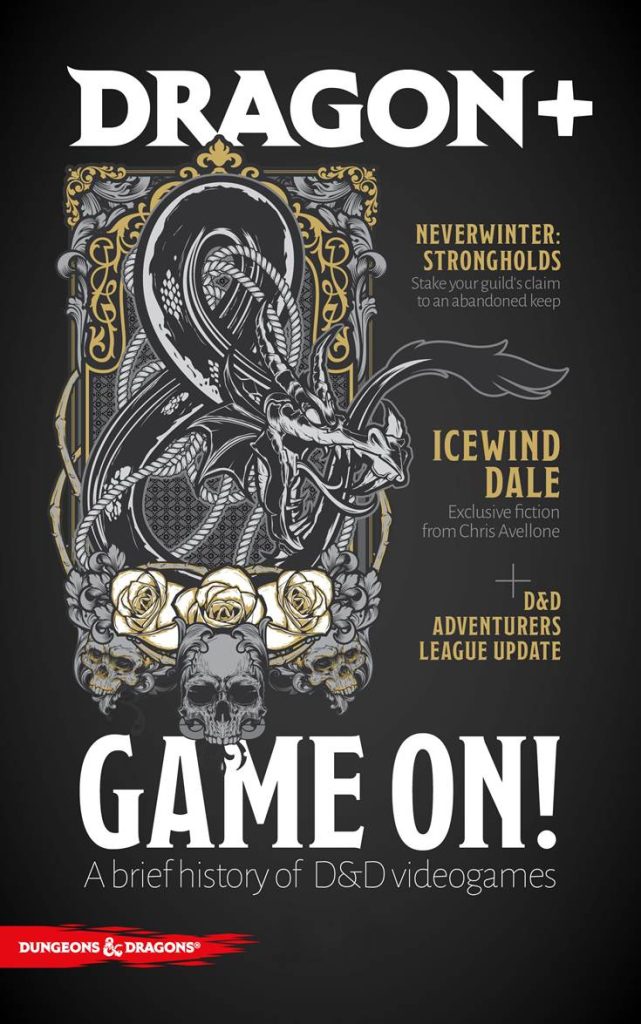 You can read more about Dragon+ at http://dnd.wizards.com/articles/news/dragon-plus-launches-new-issue