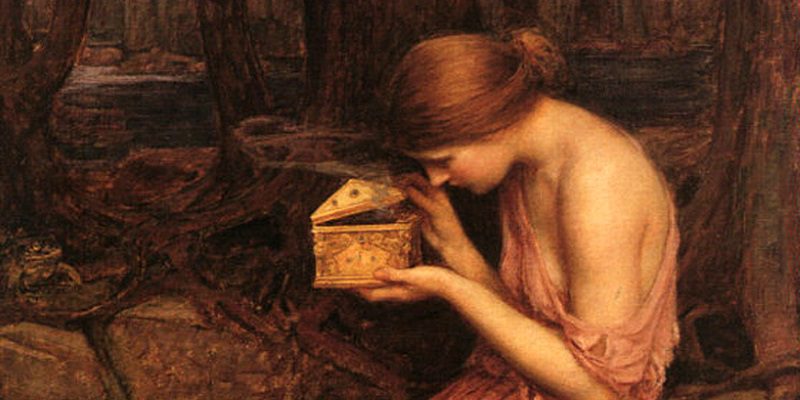 Now that Mike Mearls has broached the topic of 5e psionics, History of the Classes tackles the topic I’ve dreaded more than any other. See, I read Eldritch Wizardry once, and I know I am about to lose my damn mind as I try to read it again and assemble meaning from its catastrophic glyphs and phonemes. As I proceed into 1e and 2e, this isn’t going to get better. The deeper goal is to answer for myself how to synthesize psionics into pseudo-medieval fantasy – and since there’s a Comments section, there’s unlimited room to discuss other perspectives.

The first appearance of psionics in D&D comes in 1976’s Supplement III: Eldritch Wizardry. There are… a lot of things to say about this supplement, but one of the more mind-boggling is the Foreword, in which the editor observes that players knowing the rules of the game (which had been in publication for two whole years) makes it harder to trick them. I shake my head in dismay at the game-running attitude of the earliest days, but also I digress. (To be fair, Kask is mostly on about players knowing magic item functions, and I agree that magic items should be DM-facing rules until revealed to players in the course of play.)

The text launches into a class-by-class breakdown of psionic potential and influence. There’s an interesting conception of rules balance going on here: since it doesn’t propose a Psionicist class, Gygax and Blume instead set out to balance psionics within the existing classes – what later editions call Wild Talents. For each psionic power a character picks up, they sacrifice a little of their class’s core abilities – except that not every class has granular abilities to sacrifice.

The flavor that this suggests is deeply strange. Learning psionic abilities subjects a character to attacks from other psionic creatures, and saps physical or magical abilities. It seems to say that psionics tap into something unwholesome to the body (interesting that Constitution is untouched) and antithetical to both arcane and divine magic: it occupies some of the same part of the mind that magic does. It also requires an increasing degree of solitude (loss of followers), or even drives people away outright by distancing the character from human comprehensibility. At the same time, something about the natural magic of the Druid and the internal discipline of the Monk completely locks out psychic development, again suggesting that psionics are external to the natural world. Alternately, perhaps the isolation from cities and the general population of humanity that one expects of Druids and Monks (and no other class) has some effect here; perhaps psionics represent threads of connection to a societal metamind, from which Druids and Monks consciously separate themselves. (It’s harder to make that fit with the Fighting Man’s loss of followers, but maybe you, my dear readers, have another solution.)

I’m incredibly, deeply glad that somewhere in the last forty years of gaming, we’ve learned how to structure thoughts on a page, because this text is not a good example. Anyway, humans with an appropriate class and a 15+ in one or more of Intelligence, Wisdom, or Charisma have a 10% chance of manifesting psionic ability. Since Druids are a kind of Cleric, some Clerics with especially good stats (12+ Wisdom, 14+ Charisma) become Druids instead.

Characters with psionic ability also generate a Psychic Potential ability score with a percentile roll. It’s unclear how or if this result affects the initial yes/no roll for psychic powers, or just the chance to acquire further powers. It has a huge effect on psionic combat (on which more later), and a poor roll here is much worse than never having been psychic at all, because congratulations, you’re now vulnerable to new kinds of attacks, but too weak to defend or counterattack. There’s an effort at bell-curve distribution in the percentile breakdown, but one wonders why the designer who invented 3d6 ability score generation felt the need to reinvent the wheel in a blockier fashion. (“It’s, um, edgy?”)

Anyway, each time you gain a level, you have a chance equal to (10% * level gained) to gain an ability; you always gain an ability at level 10 and every level thereafter, and once it is a sure thing, you get to choose the power you gain rather than gaining a random power. This degree of randomness in character generation, which far outstrips the randomizing impact of ability score generation, continues as a style of optional rules through the end of 2e – Forgotten Realms, Birthright, and Planescape also had their tables with random chances to grant hilariously unbalancing abilities. Birthright set it as a core conceit (bloodlines), Forgotten Realms buried it deep (spellfire), and Planescape confined it to some character races but not others (tieflings and aasimar come to mind). Dark Sun went ahead and made all PCs wild talents. It has faded un-mourned into the mists of game design history.

We come at last to psionic combat and the list of abilities. There’s a formula to generate psionic attack strength:

Psionic attack modes have ranges, and since this is OD&D they’re listed in inches; one inch is five feet indoors or ten feet outdoors. Defense modes, on the other hand, are listed in feet, so I’m not sure what to make of that. Oh, and there are mastery levels for psionic attack modes. These are never explained in any regard. Nor are there write-ups explaining what each attack or defense mode does, other than its presence on the attack matrix (which includes a condition imposed on the target or a number of psionic strength points drained).

These attack and defense modes are destined to survive mostly-unchanged into 2e (though the resolution mechanic itself gets less stupid… and it hurts me to say that because 2e’s psionic attack vs. defense matrix is still not good), so I should explain the function. There are five Attack Modes for psychically assaulting another psion. (Things get weirder when used against non-psions. Let’s save that for later.) There are five defenses. Attacks have various strengths and weaknesses, both in themselves and relative to the defense modes. In OD&D, Id Insinuation has a gloriously long range and low cost, but it’s only marginally effective against several defense modes. (Woe betide the opponent who chose Mental Barrier, though.) It goes like this for all of them, and I’m not patient enough to pick them apart for that kind of detail; the summary is that any choice might be good or bad, but generally you’re getting better potency out of higher-cost powers. Of course, if you run out of juice mid-battle, you are royally screwed, so there are a lot of judgment calls going on here. (Don’t ever, ever be a psion without a defense mode.)

There are a lot of fiddly details here, most of which have marginal effect on a character’s choices round-by-round. There are two interesting things here, though:

In addition to all of the attack and defense modes, there are the psionic abilities that let you do something other than aggravate other psions. These use language common in parapsychology, rather than terminology of fantasy, and this great rift of theme proves insurmountable for many gaming groups. Much as the monk is an injection of Asian mysticism into unapologetically European fantasy, psionics belong to science fiction, and they never really get around to masking that in a convincing way. A few examples: cell adjustment, rather than something with the words “healing” or “regenerate” in it; molecular agitation rather than heat object; and so on. (Admittedly, they liked several of these terms enough that they had already made them spell names, and by virtue of being first on the scene, made them part of the fantasy-gaming lexicon.)

Most abilities scale with “level of mastery,” a term which blithely goes along unexplained; if it means “character level,” I wish they had said that, even once, anywhere in the document. It matters rather a lot.

Abilities are divided by class, with Fighting Men and Thieves getting the more physical abilities (which are apparently tied to yoga in some way – a one-off reference that never gets discussed again), while clerics and magic-users get more transportation, divination, and mind-control abilities – with a certain amount of crossover in both directions. The psionic abilities list does a lot less to imply a setting than it might have. In the rest of the rules, there are things that take some maneuvering to view as “implied setting,” but if you’re willing to play along, the result is pretty cool. For psionic abilities, there’s no apparent unifying principle, except that keeping secrets of any kind may be impossible once a psion is on the case. Gilbert Gilgamesh Hamilton would be proud; so would Vladimir Taltos. (If you don’t know who they are, follow the links and read all of the necessary books. I’ll wait.)

I don’t have a deep enough grasp of OD&D and its gaming environment to talk about balance concerns in individual abilities. What I can say is that there are vast variations in power from one psionic character to another – ultimately a bigger difference in every sense than one Fighting Man with 9 Strength and another with 18.

The first appearance of psionics in D&D is thematically more interesting than I came in expecting, though I don’t know how much of the “psions on the run from psi-predators” the OD&D crowd really played up in ’76. If you have stories about that, I’d love to hear them! There are enough rules around psion-vs.-psion combat that I can only assume it was a mainstay of play… for whatever segment of the populace used these rules and lucked into being psions. Considering that there’s similar internecine warfare among wizards (fighting over grimoires) and clerics (fighting over the gods), I wish the psions had a more explicit mechanical or narrative motive for same.

The mechanics are chart lookups all the way down. Every edition of D&D has fewer chart lookups to slow down play than the one before it, so it’s no surprise here.

The science-fiction flavor to the powers isn’t going anywhere, but at the same time, fantasy media other than gaming has not particularly budged toward embracing psionics, with the exception of Brust’s Dragaera and Glen Cook’s Garrett, P.I. series. Probably a few others I’m forgetting. Notably, Brust gets away with never really tossing around nomenclature for the psychic stuff the Vlad does; I don’t recall right off if he changes that for Daymar, but it’s Daymar, so what did you expect?