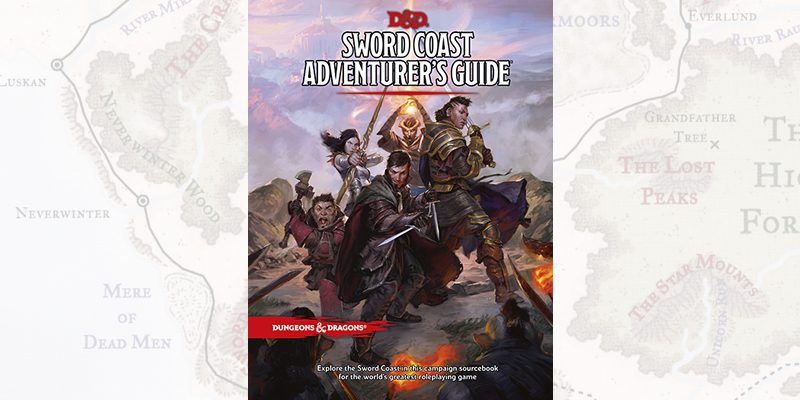 Wizard’s of the Coast just announced this afternoon that on November 3rd, they are releasing the Sword Coast Adventurer’s Guide, the first official setting sourcebook for D&D 5th edition for $39.95 (C$46.00). It’s great to see a D&D sourcebook to support Sword Coast adventurers on the tabletop and in the video game. Learn more in official the press release below.

Get everything you need to adventure in the Forgotten Realms on the exciting Sword Coast, home to the cities of Baldur’s Gate, Waterdeep, and Neverwinter! A collaboration between Green Ronin Publishing and the Dungeons & Dragons team at Wizards of the Coast, the Sword Coast Adventurer’s Guide provides D&D fans with a wealth of detail on the places, cultures, and deities of northwestern Faerûn.

The Sword Coast Adventurer’s Guide is also a great way to catch up on recent events in the Forgotten Realms, to get background on locations featured in the Rage of Demons storyline coming in September, and to learn the lore behind video games like Neverwinter and Sword Coast Legends.

Here are just a few of the features you’ll find in the Sword Coast Adventurer’s Guide:

With new character backgrounds and class options, players will love the storytelling possibilities of playing a noble of Waterdeep, an elf bladesinger, or one of the other new options, while Dungeon Masters will relish a book full of mysterious locations and story hooks to keep Dungeons & Dragons players adventuring on the Sword Coast for years to come.

Look for Sword Coast Adventurer’s Guide to be available on November 3.

Come adventure on the Sword Coast! 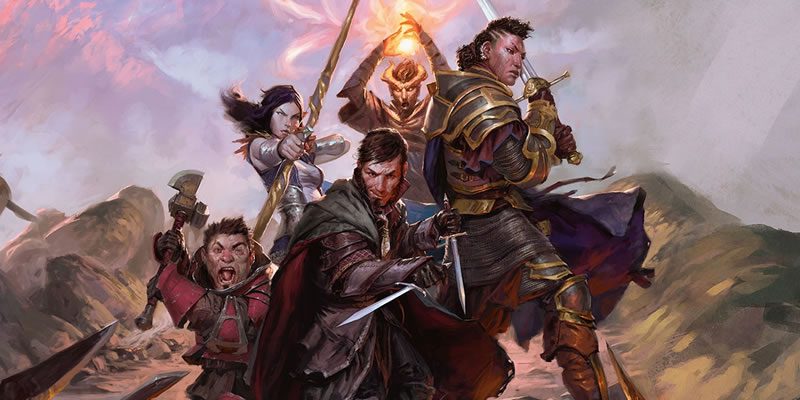 WELCOME TO THE SWORD COAST—a region of Faerûn that comprises shining paragons of civilization and culture, perilous locales fraught with dread and evil, and encompassing them all, a wilderness that offers every explorer vast opportunity and simultaneously promises great danger.

While the Sword Coast Adventurer’s Guide is a valuable resource for Dungeon Masters, it was crafted with players and their characters foremost in mind. There is a plethora of new character options to intrigue and inspire every member of the adventuring party.

For use with the fifth edition Player’s Handbook, Monster Manual, and Dungeon Master’s Guide, the Sword Coast Adventurer’s Guide provides the setting, story, and character options needed to participate in a game anywhere along the Sword Coast of the Forgotten Realms.