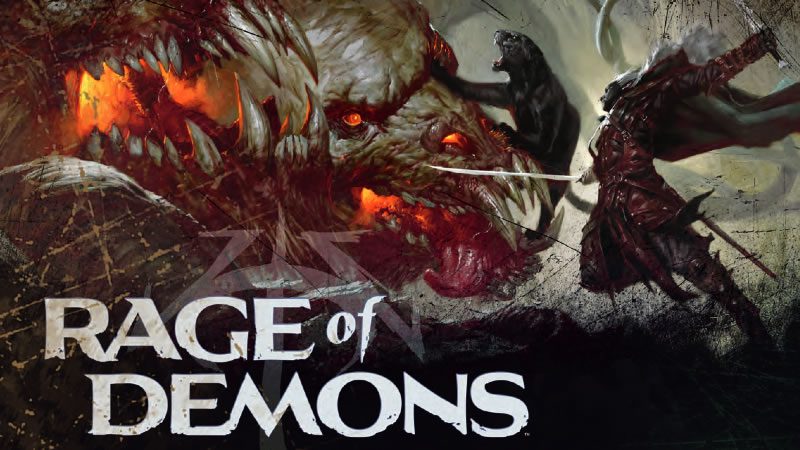 We are signed up for D&D Adventurers League All-Access Pass games (run by Baldman Games). The four of us all ready to go. Well actually, I wasn’t. In preparation for the four games, I have to choose a player character to use. It’s not that easy, because there are so many good choices that I can make. I need to choose something a little different than I usually play. Right now, I have three main AL characters that I have been playing since the last GenCon, a halfling rogue (my favorite), an elf multi-class wizard/cleric, and a human fighter. All three of them have reached a higher tier than my teammates, and I need to put together a fourth character. Choices, choices, so many choices…

So, to help me, I put out a little survey on the big Facebook D&D 5th edition group, and after a few hours, they had voted, and chosen a Genasi Monk for me to play. After some heavy thought, below is the Air Genasi Monk build that I put together for the Gen Con games. All I needed to put together the statistics was the Elemental Evil Player’s Companion, and my Player’s Handbook. Please let me know what you think; what you like, if there are errors, or if you think I should make any changes. Thanks!

Air Genasi. As an air genasi, you are descended from the djinn. As changeable as the weather, your moods shift from calm to wild and violent with little warning, but these storms rarely last long. Air genasi typically have light blue skin, hair, and eyes. A faint but constant breeze accompanies them, tousling the hair and stirring the clothing. Some air genasi speak with breathy voices, marked by a faint echo. A few display odd patterns in their flesh or grow crystals from their scalps
Unending Breath. You can hold your breath indefinitely while you’re not incapacitated.
Mingle with the Wind. You can cast the levitate spell once with this trait, requiring no material components, and you regain the ability to cast it this way when you finish a long rest. Constitution is your spellcasting ability for this spell.
Levitate. Casting Time: 1 action Range: 60 feet Components: V, S
Duration: Concentration, up to 10 minutes
One creature or object o f your choice that you can see within range rises vertically, up to 20 feet, and remains suspended there for the duration. The spell can levitate a target that weighs up to 500 pounds. An unwilling creature that succeeds on a Constitution saving throw is unaffected. The target can move only by pushing or pulling against a fixed object or surface within reach (such as a wall or a ceiling), which allows it to move as if it were climbing. You can change the target’s altitude by up to 20 feet in either direction on your turn.
If you are the target, you can move up or down as part of your move. Otherwise, you can use your action to move the target, which must remain within the spell’s range. When the spell ends, the target floats gently to the ground if it is still aloft.

Unarmored Defense. Beginning at 1st level, while you are wearing no armor and not wielding a shield, your AC equals 10 + your Dexterity modifier + your Wisdom modifier. That gives OOSH a 15 Armor Class.
Martial Arts (d4). At 1st level, your practice of martial arts gives you mastery of com bat styles that use unarmed strikes and monk weapons [shortswords and any simple melee weapons that don’t have the two-handed or heavy property]
You gain the following benefits while you are unarmed or wielding only monk weapons and you aren’t wearing armor or wielding a shield:
• You can use Dexterity instead of Strength for the attack and damage rolls of your unarmed strikes and monk weapons.
• You can roll a d4 in place of the normal damage of your unarmed strike or monk weapon. This die changes as you gain monk levels, as shown in the Martial Arts column of the Monk table (PHB Page 77)
• When you use the Attack action with an unarmed strike or a monk weapon on your turn, you can make one unarmed strike as a bonus action. [For example, if you take the Attack action and attack with a quarterstaff, you can also make an unarmed strike as a bonus action, assuming you haven’t already taken a bonus action this turn.]

Feature. Discovery, Life of Seclusion: “I was searching for spiritual enlightenment.”

Quarterstaff, an explorer’s pack, 10 darts, a scroll cast stuffed full of notes from your studies, a winter blanket, a set of common clothes, a herbalism kit, wooden flute, a multicolored stone disk(trinket), 3 gp.

Traits:  “I feel tremendous empathy for all who suffer.”
“I connect everything that happens to me to a grand cosmic plan”

Ideal: Self-Knowledge “If you know yourself, there’s nothing left to know

Bond: “My isolation gave me great insight into a great evil that only I can destroy.”

So there is OOSH at first level.  Before Gen Con, our squad should have him up to level 3 or 4 playing through a few AL sanctioned games. He will then have Ki powers, and probably go into the Way of the Open Hand. What do you think?

If you are in the D&D Hall, come by and say hi. I’ll be there and other places throughout the convention.  Talk to you a lot more next week, as I will be posting a 6 part Gen Con set of articles. If you’d like your picture taken for the articles, please let me know.

Also, I want everyone to know that I really appreciate all the readers out there. Thanks for all your critiques and comments. I appreciate every single one of them.  Thanks for reading!