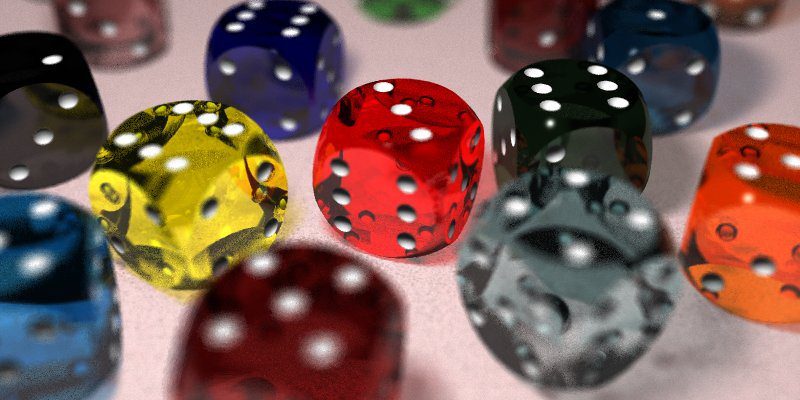 I’ve been play-testing adding Exploding Dice as a house-rule to my game. Exploding dice are when a player or GM rolls the maximum on a die for damage, they then can roll that die again and the new die roll result is added to the original. This can be done once as I discuss in this article, or sometimes this is repeated for every time that a maximum is rolled (chain reaction). The reason to do this is because:

So going past how fun this is going to be, basically, I thought it was a cool. Let’s figure out how this works, look at a quick example, and then look at the Mathematics.

If a Rogue makes a sneak attack with a short sword and hits, lets just say he gets to roll 4D6. The damage roll could look like this:

So I really don’t think adding exploding dice will break the game. There are systems that already use the exploding dice in their systems, and some would say that it could overpower and break other games.

As for me, I normally use average damage for Monsters, so I’m not rolling their damage dice. But some suggestions are to allow exploding dice on Critical Hits, or when a Saving Throw against damage is made, and a 1 is rolled. Not bad suggestions, and make Exploding Dice more Special and Rare.

Let’s look at what happens Mathematically, and because I’m not reinventing the wheel, there are lots of systems (there’s a list later) that use exploding dice, and here’s what happens:

The easiest example is using a D4. So the values for the D4 with exploding dice are:

If Chain Reaction Exploding Dice are used, then we will need to graphically look at the statistical probability. But first lets look a the mathematics. As we saw before, where Dn is a die with n sides, the average of an exploding Dn tends to be the average of a regular Dn which is (n+1)÷2. To get the average number of rolls, we use the formula n ÷ (n-1). Take those two results and multiply them. Take would give us [(n+1)÷2] x [n ÷ (n-1)] for each die used.

As a quick example, this means that for an exploding D6:

Here are all the statistics for the other standard dice:

As you can see, when using a D4, the die is Exploded more often than when using a D12. That is sort of obvious, but this will increase the damage with weapons/spells that use the lower dice because the likelihood of rolling maximum is increased slightly.

Here is what it would look like with the first Example I used with 4D6:

You can see the shift in the average, but the trailing data to the right indicates that it is possible to get some values that are much higher than the maximum of 24 for 4D6 with realistic chances at of 19 up to 30 points of damage. And maybe even values in the 40s or 50s, doubling the possible maximum damage.

I think it could be a quick and easy house rule for you game. It can be tried out at your table and you can setup a caveat that if it doesn’t work, we’ll just remove it. If your players are already having trouble rolling dice normally, then this obviously isn’t a house rule for you guys.

Let me know what you think, and if you’ve added this house-rule to your game. Thanks for reading, and have fun!