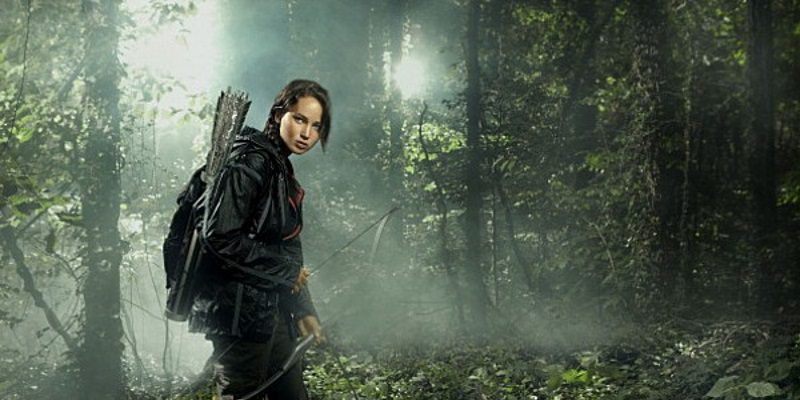 In last week’s article, I examined the Ranger class of 2e AD&D, including its expansion content in the Complete Ranger’s Handbook. From OD&D to 2e, we’ve seen the ranger class trend from “warrior with assorted mystic stuff” in OD&D and 1e, to a blend of warrior-druid and light skirmisher in 2e. Even with the conceptual expansion offered in the Complete Ranger’s Handbook, it remains a lesser infinity of character concepts, as compared to the cleric, fighter, magic-user, and thief of that edition. It would still be possible for a party composed entirely of rangers to feel distinct from one another, but it’s harder than some other classes. Let’s see what 3.0 and 3.5 add to the mix.

The ranger of 3.0 is a stripped-down vision of the class. Most of the class features of previous editions – hiding in shadows, moving silently, calming animals, surviving in the wild, and so on – have been relocated to the skill system – something Mike Mearls has talked about as a key turning point in the Ranger’s fortunes. Tracking is a skill-reliant feat in 3.0, and one that rangers get for free; the rest of those features cost the ranger skill points, and the ranger’s 4+Int bonus skill points don’t amount to enough to cover all of the bases convincingly. Of course, the ranger has the option to stay below the skill rank cap and spread more widely, but that means slightly worse odds at things that used to be the Special Toys of the ranger class.

Rangers still have spellcasting, now up to 4th level spells. It’s now a custom spell list rather than a subset of other classes’ spell lists. They also have two other major features: two-weapon fighting (as long as they’re in light or no armor, perhaps leading one to wonder why they even receive medium armor proficiency) and Favored Enemies.

One really awesome new thing – any race can be a ranger, because race/class restrictions have died a messy death. Textual support for dwarven, halfling, gnomish, and half-orc rangers is a fine and wonderful thing.

I’ve been talking about the issues with Favored Enemy abilities in previous articles, so I’ll just recap it here. OD&D and 1e don’t let you choose your Favored Enemy – you just get a sizable damage bonus against the humanoid hordes that you’re likely to face as a ranger of Gygax’s settings. Kobolds through actual giants all get called “giant-class” creatures. It’s a broad enough list, and shows up on enough of the random encounter tables, that the ranger is going to get an appropriate amount of fun out of it; it also helps (maybe perversely) that the player doesn’t make a choice, and so can’t make a wrong choice.

For the 2e and 3.x Ranger classes, Favored Enemies are one of the main things you get from your class, you have to choose one type out of several, and (with a declining emphasis on sandbox play and random encounter charts) it’s up to the DM to decide how often you use your class features – even a dedicated effort to pursue creatures of your favored enemy type only works if the DM allows it. Also, it’s really weird that you can only choose your own race as a Favored Enemy if you are evil – it’s a lingering bit of thinking from 2e’s rule that you can’t control your hatred of your Favored Enemy enough to meet with them civilly. Heroic modern-day rangers mostly fight humans (poachers, for example); also there’s this guy.

Getting to choose five creature types out of sixteen would be bad enough, but some of those creature types are subdivided (Humanoid Type, Outsider Type). So oddly you can be a dedicated foe of good Outsiders without being evil, but you can’t be a bounty hunter of your own race. (I don’t remember if surface elves can choose drow as favored enemies without having to be evil.) The kinds of creatures you face in a campaign also change drastically over the course of 20+ levels, so spending an early Favored Enemy slot on goblinoids – a nearly universal low-level foe – is just an error in 3.0, where by 20th level your bonus against your first Favored Enemy type has scaled up to +5… against something you will never, ever fight. What I’m trying to say is that the ranger’s Favored Enemy options have blatant right and wrong answers in 3.0, which is why the ranger is one of the most changed classes as we move into 3.5. The last big problem with the Favored Enemy rule is that it only scales up to +5 – at 20th level, even with six or more attacks per round, that’s only a hair above trivial for a primary class feature.

The most common takeaway from the 3.0 ranger is that it’s one of the three best classes in the game (bard and rogue are the others) to use as your first character level, and then never take another level of it – a Ranger 1/Fighter X is perceptibly better than a pure fighter in all but corner-case applications. The class has lost a lot of distinctive theme and playstyle; it’s a fighter who traded a lot of decision points (feats) for modest spellcasting and being more-or-less restricted to light armor.

The ranger gets a major facelift in 3.5. The class’s concept changes absolutely as little as the designers could manage, while getting more potent in every aspect. 3.5 boils down the skill list slightly and gives rangers more skill points, so they can do a much better job of performing the huge variety of tasks that rangers are supposed to excel in. Hide and Move Silently are still separate skills, as are Spot and Listen, so that’s four of their (6 + Int modifier) skill points at each level. Survival is required for all of these tracking-related features to work, so that’s another point spoken for. Let’s face it, you’ve basically got (1 + Int modifier) skill points to pick up something nice at the store. Sure, you could go wide rather than deep… but is that really a chance you want to take when you’re talking about high-risk skills like Hide, Listen, Move Silently, and Spot? I put it to you that the answer is obvious.

They also get a new class feature or an improvement of a previous one at every level up to 11th, as opposed to the markedly sparse 3.0 ranger. The new combat-focused class features make damn sure that 0% of all rangers consider using any fighting style other than archery or two-weapon fighting, because it would cost them three virtual feats (i.e., bonus feats for which they do not even have to meet pre-requisites). Similarly, no one cares that the 3.5 ranger loses medium armor proficiency, because any ranger who did wear medium armor would lose access to those combat features and the very important Evasion. Considering that it’s a Dex-focused class anyway, these restrictions are overkill – the game is telling rangers to stick to light armor or no armor in an unnecessarily large variety of ways.

The 3.5 implementation of Favored Enemy is better, but it’s a band-aid solution. The damage bonus for a favored enemy is doubled, which means it’s at least meaningful at high levels. You still only get five Favored Enemy types out of 32 Type/Subtype options, and a lot of those options are still things you’re destined to outlevel. It helps a bit that you don’t have to make your first Favored Enemy your biggest bonus later on. What it (and a lot of 3.5 needs) is a more generous approach to respending character choices.

Moving on – rangers also pick up non-combat features beyond skill usage and spellcasting.

The summary for the 3.5 ranger is that it slightly narrows (because there wasn’t much left to lose) the range of character concepts that the “ranger” umbrella supports, but it supports its actual concept much more robustly. I have some data points here on whether the class justifies its existence (which, you may recall, is the question of this whole series of posts). Specifically, I ran a 3.5 game in which there were no rangers, and up through 8th level or so, the multi-classed fighter/rogue was at least as good as a pure ranger would have been. (His desire for an animal companion – not like that, you perverts – was a recurring plot point.) In the various 3.0 and 3.5 campaigns I ran, I think I had one 3.0 ranger and one 3.5 ranger, both archers. They were devastatingly powerful, but that was a function of 3.x archery being amazing rather than either of them using their class features. (Oh, Rapid Shot, what an egregious damage engine you are…)

Overall, 3.0 and 3.5 are a big change for the ranger – they give away several of the ranger’s toys, as part of a paradigm shift in what classes are and how deeply players should be able to customize. There are a few new toys for the ranger, but so much of what the ranger gets comes across as a more restrictive version of what the fighter or the druid gets, without quite rising above its components. Don’t get me wrong: the overall support for the class in 3.x content is robust and varied, and for pure effectiveness, there are many ways to be a potent ranger.

With 3.x’s introduction of Sneak Attack as a central Rogue mechanic, I think I’m a little surprised that no edition’s Ranger has ever had even small amounts of Backstab multiplier, Sneak Attack dice, or comparable ambush damage as a class ability. That thought, of course, points me neatly toward next week’s article, in which I look at the Scout class (what if the Ranger was more of a Rogue?) and Pathfinder’s version of the ranger.