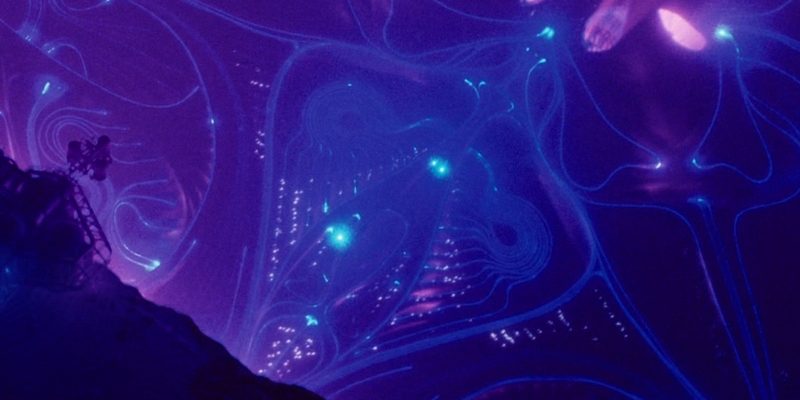 This week’s From the Depths is brought to you by the awesome supporters on Patreon! Huge thanks to Elliot Riddell and Nick Hoyt for inspiring, brainstorming, and play testing this new Aquatic Ally for 5th ed!

Cnidarians are a semi-humanoid race from an aquatic planet whose land masses consist largely of archipelagoes. Their internal structure consists of a hydrostatic skeleton and simple digestive tract. While their external skin is thicker and stiffer than that of simpler jellyfish, it also allows far more flexibility than most humanoids.

Their upper torso is humanoid, including two arms that end in finger-like protrusions. The number of “fingers” on each hand ranges from three to eight at the whim of the individual cnidarian. Their lower body widens into a fin-like tail, while out of their backs extend thick, broad wings.

Cnidarians control their buoyancy underwater by means of a complex gas production and exchange organ. Above the surface, cnidarians can produce a lighter-than-air gas within their systems to float just above the ground. Some scholars believe that the volume of this gas is not enough to keep their bodies afloat and is enhanced by some alchemical or magical effect naturally occurring in the cnidarian body. Though they do not possess a bipedal form, their lower- body “wing” rolls into a tail above water, and they propel themselves above the ground through a graceful flapping of their wings combined with the snakelike movements of their tails.

Cnidarians are born in clusters of 2-8 siblings once every 5 years. Their tiny hydrozoan forms are no larger than a human fist when born and though they are small, they have impressive intelligence at birth. Cnidarians are social creatures, living and traveling in large family groups known as clusters. Larger settlements, including massive aquatic cities, are built with impressive speed and detail as cnidarians work well together.

The cnidarian language is a combination of light displays and sound produced internally by the same gas-exchange organ that allows them to float. They can effectively duplicate most languages with enough training. 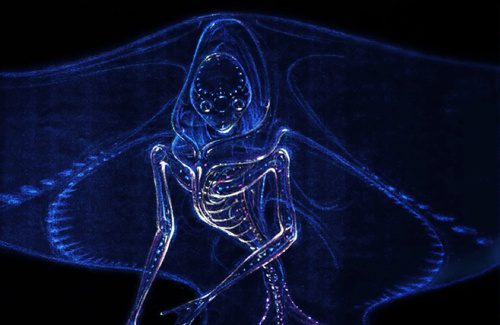 Ability Score Increase. Your Dexterity increases by 2
Age. Cnidarians reach full maturity at 5 years of age and those not seeking the life of an adventurer may live as long as 80 years.
Alignment. Most cnidarians tend toward lawful and good alignments, but those who choose to live apart from their cluster, such as those seeking the life of an adventurer, may do so because of moral or philosophical differences.
Size. Cnidarian adults average 5 feet in length from head to tail, with an average wingspan of 6 feet. Your size is medium.
Speed. Your base walking speed is 25 feet. You have a swim speed of 40 feet.
Amphibious. Cnidarians are as at home above the waves as below them. You can breath both air and water.
Hover. You are always considered under the effects of a feather fall spell. You lose this trait while wearing medium or heavy armor.
Languages. You speak, read and write Aquan (or Cnidarian if you wish to include it as a separate language) as well as one other language (typically Marine Trade or Common)

Ability Score Increase. Your Wisdom increases by 1.
Heightened Sense. You gain darkvision to a range of 60 feet.
Camouflage. Your natural translucence and ability to float grants you advantage on Dexterity (Stealth) checks. You lose this advantage while wearing medium or heavy armor.
Living Light. As a bonus action, you can cause your body to glow. This acts as a light spell centered on you and can be dismissed at any time.

Ability Score Increase. Your Intelligence increases by 1.
Higher Education. You gain proficiency with one skill or one artisan tool kit.
Stinging Cells. Your skin is covered in tiny stinging cells. These cells are extremely painful but deal little actual damage. Once per short rest, when you make a successful unarmed attack, you may force the target to make a Constitution save (DC = 8 + your Constitution modifier + your proficiency bonus). On a failed save, the target gains the poisoned condition for 1 minute. The target may repeat the save at the end of each of their turns to negate the effect.

Whether deep or coralite, cnidarians are social and civilized beings, rarely living outside of cosmopolitan cities. As such they tend toward educated or skilled backgrounds such as Acolyte, Entertainer, Guild Artisan, Noble, and Sage. Though other backgrounds, such as Criminal and Hermit are certainly possible for player characters, they are rare among the general populace.

Cnidrians are educated and intellectual, focusing more on building and negotiation than direct warfare. They tend toward classes such as the alchemist, bard, cleric, druid, monk, and wizard. Rogues that focus on discovery or magic, such as the archeologist (aka: thief) and arcane trickster, work well in cnidarian society. Of course, the aquatic cleric, sorcerer, and druid archetypes from the Aquatic Builds series are all excellent choices for cnidarians, as are bards from the College of the Sea Singers. Warrior classes that rely on heavy armor, such as the paladin, fighter, and ranger are rarer but not unheard of, and often forgo heavy armor in favor of their natural agility both in and out of water.