Heroes of Horror – Adding Horror into your Game 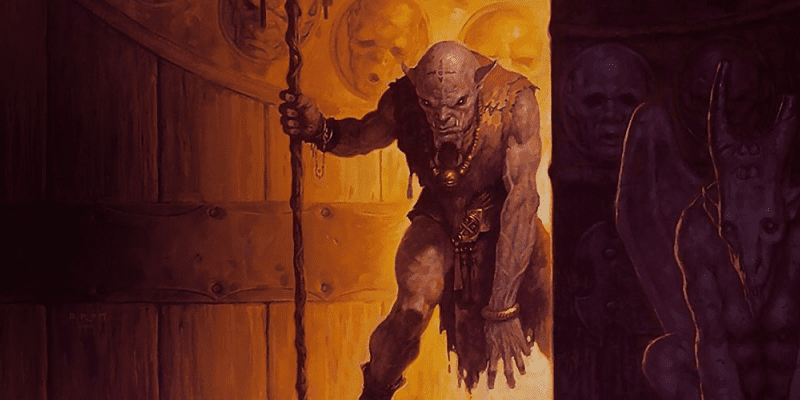 I have many books from previous editions. So one of the books in my collection is the D&D 3.5E book, Heroes of Horror by James Wyatt. There is a ton of great instruction on running a one-shot Horror game, or a continual Horror campaign. And it is that time of year that we start thinking about adding Horror into our campaigns. Heroes of Horror is a compact book, and even though I am running a 5th edition game, the book greatly compliments all of the optional rules that are found in the D&D 5e Dungeon Master’s Guide. There are rules on Fear & Horror (DMG 266), and Madness (DMG 258, 259, 260.) And if you didn’t know, there are more ideas for Madness that can be found in D&D 5e Adventure Out of the Abyss. Also, it might be useful for a new campaign to have characters add a Sanity Ability Score if the campaign will be focused entirely on Horror (DMG 265):

I’m using the optional rules for Shadowfell Despair (DMG 52). Where, no more than once per day, each character performs a DC 10 Sanity saving throw. Typically determined by the DM at appropriate times in the adventure:

The failure puts the character into despair with the following effects. And a new despair replaces an old despair. Also, during a long rest, the character can shake off the effects of Despair by a successful Sanity Saving throw with a DC 15.

Also, I’ve thought about using the Abyssal Corruption (DMG 62) but it takes a lot of choices away from the characters, and mainly use those ideas for Non-Player characters.

Along with creepy noises, strange NPC behavior and other things that enhance the story playing; the book has mechanics on Rules for Horror starting in Chapter 4. I am using some of the ideas presented in the Heroes of Horror book to expand on what has already been given in the DMG on Fear (HoH 61) and some helpful descriptive ideas for Physical and Mental Symptoms (HoH 62 to 68) that can be used directly into your game.

But to add the Physical and Mental Symptoms into my game, I had to do a little tweaking on the 3.5e mechanics to fit 5e. Using the Constitution and Wisdom Ability scores and the Taint Thresholds table on page 63 of Heroes of Horror, the taint and effects on a character can be determine with little need for adjustment. But some of the mechanics for the symptoms had to be modified. There are several of the symptoms that can be played as written, and I left them alone. This is the list of notes with the modifications to symptoms that I’ve made:

As you can see, there aren’t a lot of required modifications and an almost direct translation of the mechanics can be used in D&D 5th edition.

Follow the three examples from Heroes of Horror on removing Taint. Spells, Good Deeds and Sacred Springs. You will need to go through the listing of spells and pre-determine how they would work for the Character. Letting them experiment and keeping track of their success.

I hope this article has been useful for you, and you will be able to use it in this month. Let me know what you think.