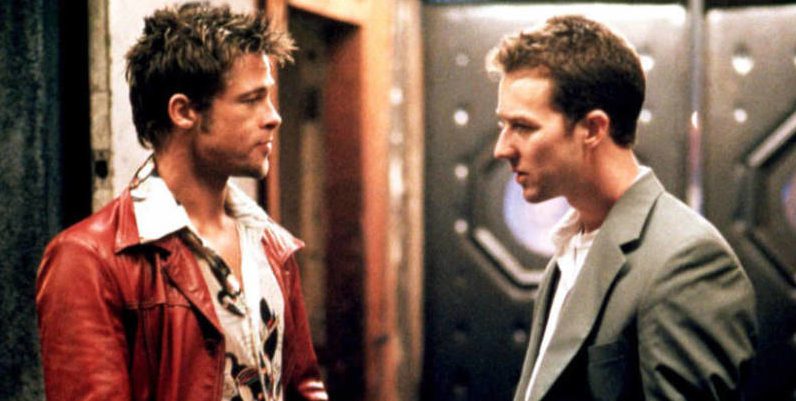 When it comes to D&D campaigns, I love a great twist. I enjoy unfolding a mystery or a riddle slowly over the course of several sessions. And the moment when the players (or a player) figure(s) out where I’m leading them is practically euphoric for me. It’s wonderful to take my players on a narrative that has that little bit of shock value. It keeps them engaged in the story and it makes them want to return to your table week after week to understand it all and see it through to the end.

So how do you set up one of these twists? Where do you go to learn about them and get inspiration? Thankfully, they pop up everywhere and especially in the realms of movies and novels. From a novel point of view, I can think of many great examples off the top of my head such as Of Mice and Men, A Storm of Swords, Gone Girl, and almost anything by Agatha Christie or Dan Brown. However, over the past twenty years or so, Hollywood has really jumped into the whole plot twist genre in a big way and we’ve been treated to some wonderful “oh my god” moments.

Now, with that in mind, and if you really want to learn more about great plot twists, I highly encourage you to grab some popcorn and sit down with the following five films. And here’s fair warning: if you’ve never watched any of these films, please don’t read my descriptions as there will be SPOILERS! Just read the titles and go watch them. Then come back…please.

Here they are in alphabetical order:

Starring Brad Pit, Edward Norton, and Helena Bonham Carter; directed by David Fincher; based on the novel of the same name by Chuck Palahniuk. How mind blowing this film was when it first came out! I remember seeing it in the theatre and then having to go back two days later just to make sure I got it right the first time. Essentially, it tells the story of an average man (Norton) stuck with an average job and suffering from insomnia until he meets a new friend by the name of Tyler Durden (Pitt). Tyler is a spontaneous, outgoing, and chaotic character who comes up with the idea that both men should break away from their lackluster existence and experience life to the fullest. This also includes starting up an underground fight club where men from all walks of life can forget about their corporate shackles for a few hours and become primal fighters as nature intended them to be. The twist comes into play when we discover that Tyler Durden is really just the alter ego for the main character and both men are really just different personalities for the same guy. From a D&D perspective, I think it would be a neat experiment to have one (or several) of the baddies in the game really just be an alternate personality or alter ego for one (or several) of the PCs. Either they cause all of their trouble at night when they should be “sleeping” or they are somehow causing the trouble by means of magic or psionics. The key here, and the challenge, would be to keep everyone in the dark about it until the opportune moment.

Starring Keanu Reeves, Laurence Fishburne, Carrie-Anne Moss, and Hugo Weaving; directed by The Wachowskis; based on an original script by The Wachowskis. Interestingly and uniquely, the big twist in this film comes at the half-way point when the main character Neo (Reeves) is ripped out of the digital world created by the machines and introduced into the real post-apocalyptic world where humans have been reduced to little more than vermin. With the big reveal out of the way in the first half, you might expect the second half of the film to get stale. Thankfully, it only ramps up even more and begins to play with the gimmick of warping/hacking the rules inside of the digital existence. Leaning heavily on inspiration from the genres of Cyberpunk and Japanese Anime, this film is frequently cited as one of the best science fiction films of all time. To incorporate this kind of amazing twist into a D&D game would require a bit of fore-planning. For me, I might introduce the PCs to the game as I would any other, but then add in bits or flashes of another world, or even modern day earth. Eventually it might turn out that the PCs are really just caught between worlds and have to accomplish a goal in the “fantasy” world to fully restore themselves in the “real” world or vice versa.

Starring Cary Elwes and Leigh Whannell; directed by James Wan; based on an original screenplay by Leigh Whannell and James Wan. This film was sick, twisted, gore filled, and a real delight. For some reason, well written horror films don’t get the accolades they deserve. That’s too bad because this was one of the best and deserves a bit of study. Essentially it is a “who-dun-it” wrapped up in a set of potentially fatal riddles and puzzles for the main characters to cipher out. The twist lies in fact that no one really knows who the killer and the mastermind behind all of the riddles is, and everyone has reason to mistrust and silently accuse everyone else. In the end, the mastermind, named Jigsaw, reveals himself with pride and manages to walk away with a perfectly executed plan. Yes, that’s right, the bad guy wins. In a D&D campaign based off of this twist, I would probably start all of the characters in a dungeon. They would have no idea how they got there or why. As they branched out and attempted to escape I would make them face the most brutal and devious traps I could cook up while also dropping hints that their real captor could be anyone of the other players. Eventually, it might end up that none of the players are to blame, or it might somehow be all of them. (Muhuhahahahah!)

Starring Brad Pitt, Morgan Freeman, Gwyneth Paltrow, and Kevin Spacey; directed by David Fincher; based on an original screenplay by Andrew Kevin Walker. For the second time on this list we have a movie with Brad Pitt and directed by David Fincher, coincidence? But where Fight Club is more of a psychological puzzle, Se7en is more of an emotional rollercoaster with an impending sense of doom. In this film, Freeman plays the wily old detective with years under his belt while Pitt plays the idealistic detective just starting out. Both men are partnered up against a serial killer taking down people in honor of the seven deadly sins of gluttony, greed, sloth, wrath, pride, lust, and envy. The twist comes when Pitt himself is forced to complete the last murder (wrath) by killing the suspect (Spacey) for the murder of his wife (Paltrow) and Freeman is left a broken man caught in the middle. End of movie. Mind = Blown. To translate this one into a D&D game, the DM might want to get one of the PCs in on the action. Let them know in advance that they are secretly the baddie and that everything the party is about to go through is their doing. Then I would try to pin it all on another of the players and try to convince the party that they are to blame. Maybe the truth only comes out after it’s too late.

Starring Bruce Willis and Haley Joel Osment; directed by M. Night Shyamalan; based on an original screenplay by M. Night Shyamalan. Holy cow! What was it with the year 1999 and movies with great twists? Anyhow, what we have here is the best movie Mr. Shyamalan has made to date and perhaps the same for the two main actors as well. It follows the work of a child psychologist, Dr. Malcolm Crowe (Willis) who is working with a disturbed child (Osment) who says that he can see/talk to ghosts and the dead. Skeptical at first, Crowe eventually comes to believe the child and helps him to accept his condition and try to live a normal life despite his supernatural ability. The twist comes when Crowe himself realizes that he is one of the very dead people that the child is talking to and he was, in fact, killed months ago. To convert this one into a D&D plot, it might be fun to have all of the PCs go into a dreadful dungeon where they seem to die but eventually wake up somewhere else. They are in fact dead, but spend the rest of the campaign as ghosts avenging their own deaths and don’t even know it until close to the end.

Heroes of Horror – Adding Horror into ...