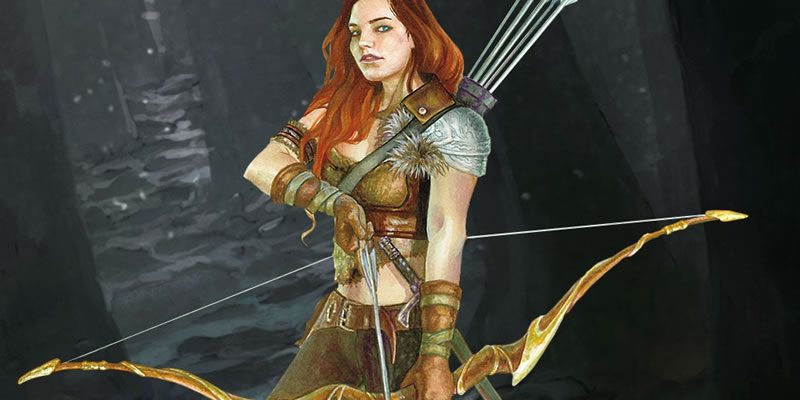 We see another discussion of the monthly survey, and this one is featuring the results of the Ranger survey. There is also a new survey this month asking for feedback on Sword Coast Legends.

Wizards of the Coast asked for your feedback on the Ranger and the related dissatisfaction many have with the class. It appears that they are really trying to come up with something people will love playing.

There are two, interesting elements that emerge from the survey. To start with, the 2nd and 3rd edition versions of the ranger were the most well received versions of the class. Those two versions mixed an animal companion with wilderness skills, spellcasting, and a unique fighting style focused on wielding two weapons. 3rd edition added an archery option. They seem to match closest with the ratings given to the design direction outlined in the ranger article. The concept of the wilderness champion and defender along the lines of a paladin isn’t very popular, but people do like a ranger who can survive in the wilderness through a combination of skill and magical abilities.Given that background, it’s no surprise that a ranger class that de-emphasizes magic and lacks a full-time, in-the-flesh animal companion received fairly poor ratings.

For the next step, we’ll take a pass on designing a ranger that focuses more heavily on the animal companion and makes it a default part of the class. That approach allows much more of the ranger’s core “power budget” to go toward the companion. You can think of that budget as the total effectiveness the class brings to bear, spread out across its class features. The initial 5e design pushed the animal companion into the ranger archetype choice, requiring it to sit atop all of the core class features. By folding that choice into the core class, we have a lot more power to play with.

Brandes took a look at the 5th edition ranger in his History of the Classes series, if you want to read more about the Ranger.

The Sword Coast Legends game has been our has been out for a month, and Wizards of the Coast is looking for feedback on it, whether you have played the game or not.